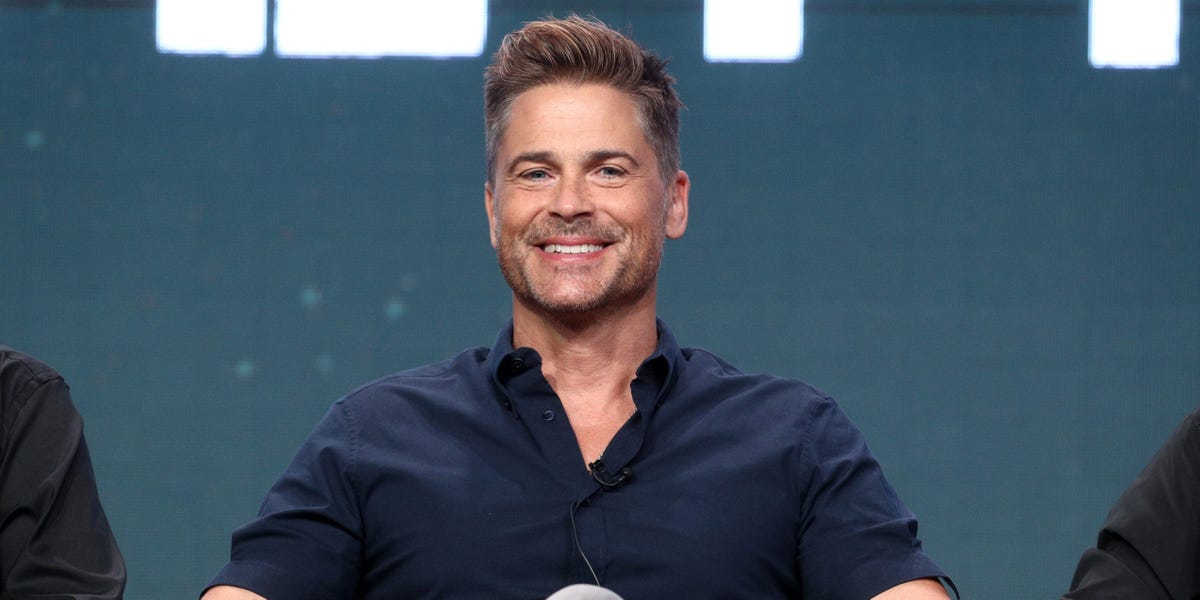 Rob Lowe was eating low carb before it was trendy.

The “Parks and Rec” and “9-1-1: Lone Star” actor said he started cutting out carbs in his 30s, and has since become a spokesperson for the diet company Atkins.

“Everyone comes to the point sooner or later where you realize you can’t eat like you’re in college anymore,” he told Insider. “I hadn’t realized it was a thing, but it changed my life.”

Lowe, now 57, swears by Atkins for maintaining his weight and high energy levels. The diet encourages lots of protein and some healthy fat, with limited sugar and carbs.

“This way of eating gives me way more energy during the day. I’m not tired after a meal, I’m more focused and it enables me to train harder. It also keeps my weight down even though I don’t use it as a diet,” he said.

Lowe, who’s known for having a sweet tooth, said being sustainable about healthy eating includes leaving room for plenty of treats, and focusing on long-term success, more than stressing over small details.

Most of the time, Lowe said he sticks to Atkins staples like lean meats and fish, salads, veggies, fruit, yogurt and Atkins-brand shakes and bars. But making room for fun foods is essential to maintaining a healthy lifestyle, he said. And eating low carb foods a majority of the time allows him to indulge when he wants, without worrying about derailing his health and fitness goals.

“I love to cheat — I love pizza and I love cheeseburgers, and ice cream and nachos. Life without that stuff isn’t worth living,” Lowe said. “It’s about moderating it and doing it in a healthy sustainable way.”

Previously, dietitians have told Insider they support this strategy (although many don’t like the term “cheat meal“) for avoiding too much restriction on a diet. It’s sometimes known as the 80/20 rule, in which about 80% of the diet is healthy foods, and the other 20% is fun foods.

Lowe said that while he loves treats, he doesn’t go all out everytime there’s an opportunity to eat his favorite foods. He said he tries to be mindful — if someone is passing around a tray of nachos during a football game, and he doesn’t particularly feel like eating them, he’ll opt out. That way, when he’s really craving a treat, it’s much more enjoyable.

“When you have willpower, use it. We all have willpower sometimes. And then there will be days when you say ‘gimme those nachos and put them in my body,'” Lowe said.

The latest Atkins book, for which Lowe wrote the forward, calls for eating fewer than 100 grams of net carbs a day (calculated by subtracting the grams of fiber from total carbs).

Lowe said that while he generally follows this advice, he doesn’t keep count, unless he’s prepping for a specific movie role, or a particular fitness goal.

“I know enough to know if I stick to the right foods and avoid the wrong foods, I’m going to be fine,” Lowe said.

Editorial Team
28 August 2021
A commonly-used pesticide could be partially responsible for the global obesity epidemic, says a study led by McMaster University scientists....

Editorial Team
27 August 2021
I began to experience this form of anxiety long before the pandemic, when my best friend, Samantha Stein, died of...