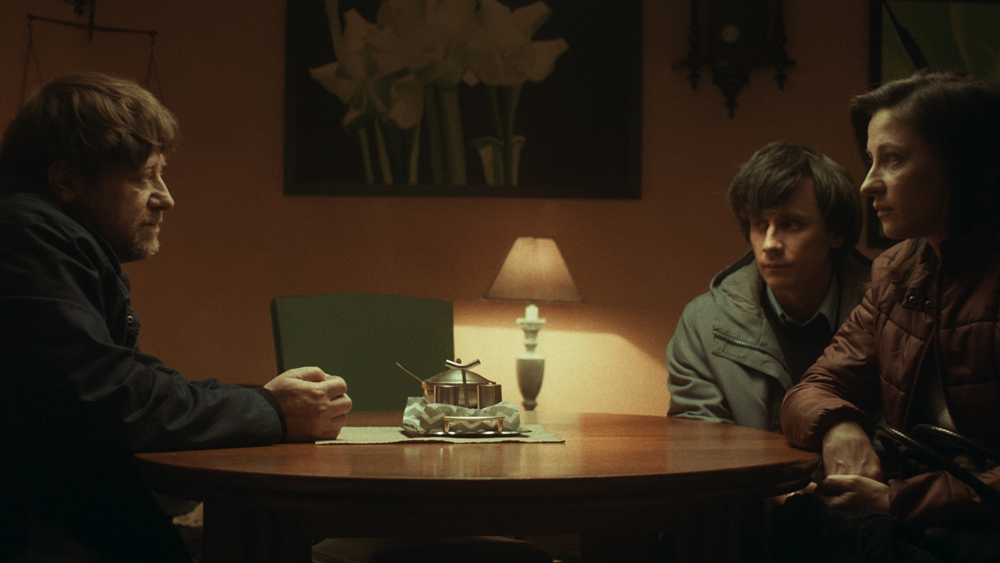 The family at the center of Grzegorz Jaroszuk’s “Dear Ones” is not a happy one. They have lost touch with each other, so when Piotr’s father phones him and asks him to visit, he is surprised. When Piotr and his sister arrive at the family home, the father announces that their mother has gone missing. The siblings turn detectives, investigating the strange and hidden world their mother inhabited. Variety spoke to Jaroszuk about his black comedy, which is in East of the West Competition section at Karlovy Vary Film Festival.

What was your inspiration for the film?
I wanted to make a film about family because family is a set of relationships that shaped us as people. The way the relationships in our family were – from our early childhood – made us what we are now. Who we are is somehow a consequence of the course of these relationships, and the consequences may be surprising (sometimes in tragic, sometimes in funny ways).

I think of the family as a laboratory where interpersonal relations can be observed in a kind of condensed form, because whether we want to or not, we must take part in them. The very fact of belonging to the family means that we must somehow define ourselves in relation to other people and relations between them. Even if we decide to withdraw from the relationship, not keep in touch, we have to face this choice. For me, the family was something that intensifies the relationship. The fact that the family imposes the necessity of taking part in all these relationships allowed me to shift these relationships to a more absurd side than if it concerned the group of people – let’s say – who work together.

What are its major themes and how did you dramatize them? How do the main characters develop emotionally during the film?

For me, the most important theme of the film is how difficult it is to tell the truth to theoretically the closest people and how much we are able to do not to tell the truth to others, but also to avoid confronting the truth ourselves. Each of the three main characters has to confront the truth about his own life and only then the real conversation between them is possible. I think that this is the path of each of the characters – by discovering more and more strange information about their mother, the characters come to the conclusion that the only thing left for them is to confront the truth about their own lives.

How did you choose the setting?
I myself grew up in a similar housing estate of apartment blocks. While writing the screenplay, I may have decided, a little instinctively, that the film would be set in (and around) such an estate. While preparing for the film and choosing the estate where we were finally shooting, I realized that making this film is a return to “the land of my childhood.” I have always had the impression that when somebody talks about something like “the land of childhood” it’s about some idyllic land where it is always summer and through which a crystal clear river flows. During the preparations for this film, I realized that my “idyllic childhood land” is the housing estate like the one where we were shooting.

How would you describe the tone of the film, and why did you adopt that tone?
As a director, I am most interested in stories and characters that allow me to use humor to address a fairly serious topic. I really like characters who with their – at first glance understandable decisions and actions – push themselves more and more into the absurd and grotesque. I really like it when the nature of the interactions between the characters has a serious point, but the interactions themselves are clumsy, misplaced and amusing due to their awkwardness.

The basic components of the tone of my films are the tragicomedy and a dash of the grotesque. In the case of “Dear Ones,” it was also important for me to decide on a slightly gritty visual character of the film. The story of the film is heading into such absurd regions that I did not want to emphasize it with a strong convention that would expose the grotesque. I wanted the grotesque story to look very naturalistic.

What does the film tell us about how you see contemporary society in Europe?
The protagonists are people who cannot communicate with other people and who have developed some very individual and sometimes strange ways of dealing with reality. Perhaps the best example of this is Piotr, who works at home, has no contact with other people. He takes courses in the use of magic stones and prays to gods from different religions.

I like him because I identify with characters who need some order and meaning to their life so much that they invent it themselves and believe in it. On the other hand, I can see that this is absurd behavior.

In a broader context, it seems to me that such an approach to the world as Piotr has is possible, especially in the world after COVID-19. It is possible that anyone – in the world of the internet and the lockdowns caused by COVID-19 – can create their own religions, their own explanations of what is happening. It is also possible that these versions of the reality of different people may stop meeting each other, be convergent.

I wrote the script before COVID-19, but Piotr’s life looks like he is in the middle of a lockdown. If people like Piotr before COVID-19 had trouble maintaining relationships with other people, it’s hard to imagine what their life is like after COVID-19.

(The answers in this article were edited for length and clarity.)