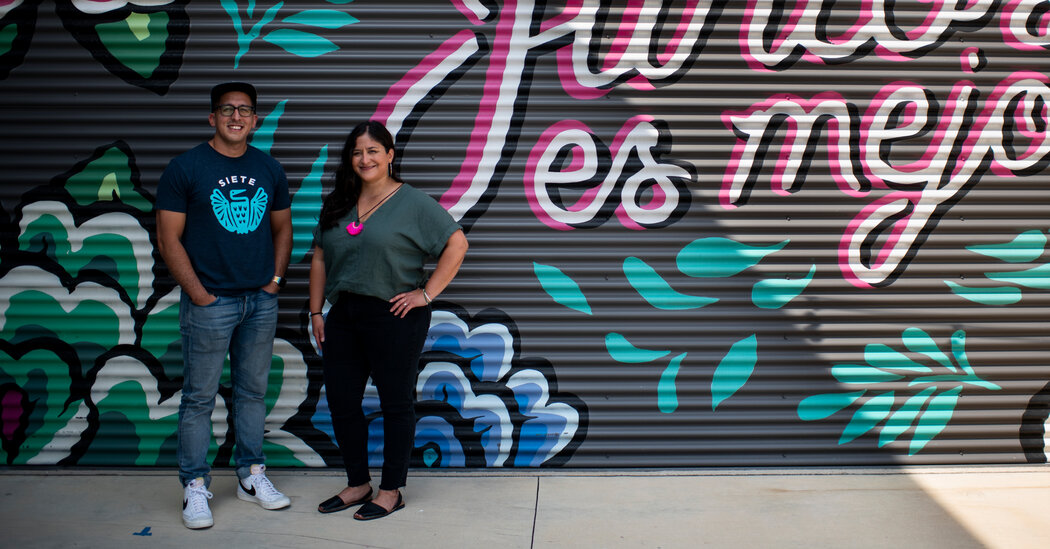 “We were doing really crazy things,” Mr. Bry said. “We discovered that a lot of employees have home lab setups and are working on this stuff on the side as a hobby.”

He gave employees a lot of autonomy to try new ideas and saw his role as ensuring they had everything they needed to perform well. And he was rewarded: During the pandemic, Skydio more than doubled its staff, to nearly 300 employees, and reached a $1 billion valuation after raising $170 million in funding led by the venture capital firm Andreessen Horowitz.

Still, Mr. Bry wanted to find ways to keep the team connected. In the early days of the pandemic, that meant trying to have some fun. He rented out a drive-in theater near their Redwood City, Calif., office and showed the 2013 sci-fi movie “Gravity.”

“We love things that fly, so we watched an aviation movie,” Mr. Bry said.

More recently, he wants team-building and events that align with the company’s values. For example, the drone industry skews male, so Mr. Bry hosted a “women’s fly day” and invited the women of Skydio — whether they were in sales or engineering — to spend a day flying drones on a beach. Then the company offered additional training to any participant interested in becoming a registered drone pilot. Two-thirds of the attendees took him up on it.

More staff members are starting to come back to the office, but Mr. Bry has decided that Skydio will offer a hybrid work environment until the company moves into a new headquarters later this year. Still, many meetings will remain digital so people can attend regardless of where they are sitting.

​​ “A lot of us have felt the advantage of quiet, focused time, which can be hard to get in an office environment,” Mr. Bry said.

Skydio is also formalizing aspects of its orientation process. In the past, Mr. Bry relied on random office encounters to meet new employees; now he is scheduling time with them.

“These are all things we probably needed to do anyway, considering our stage and size,” he said.