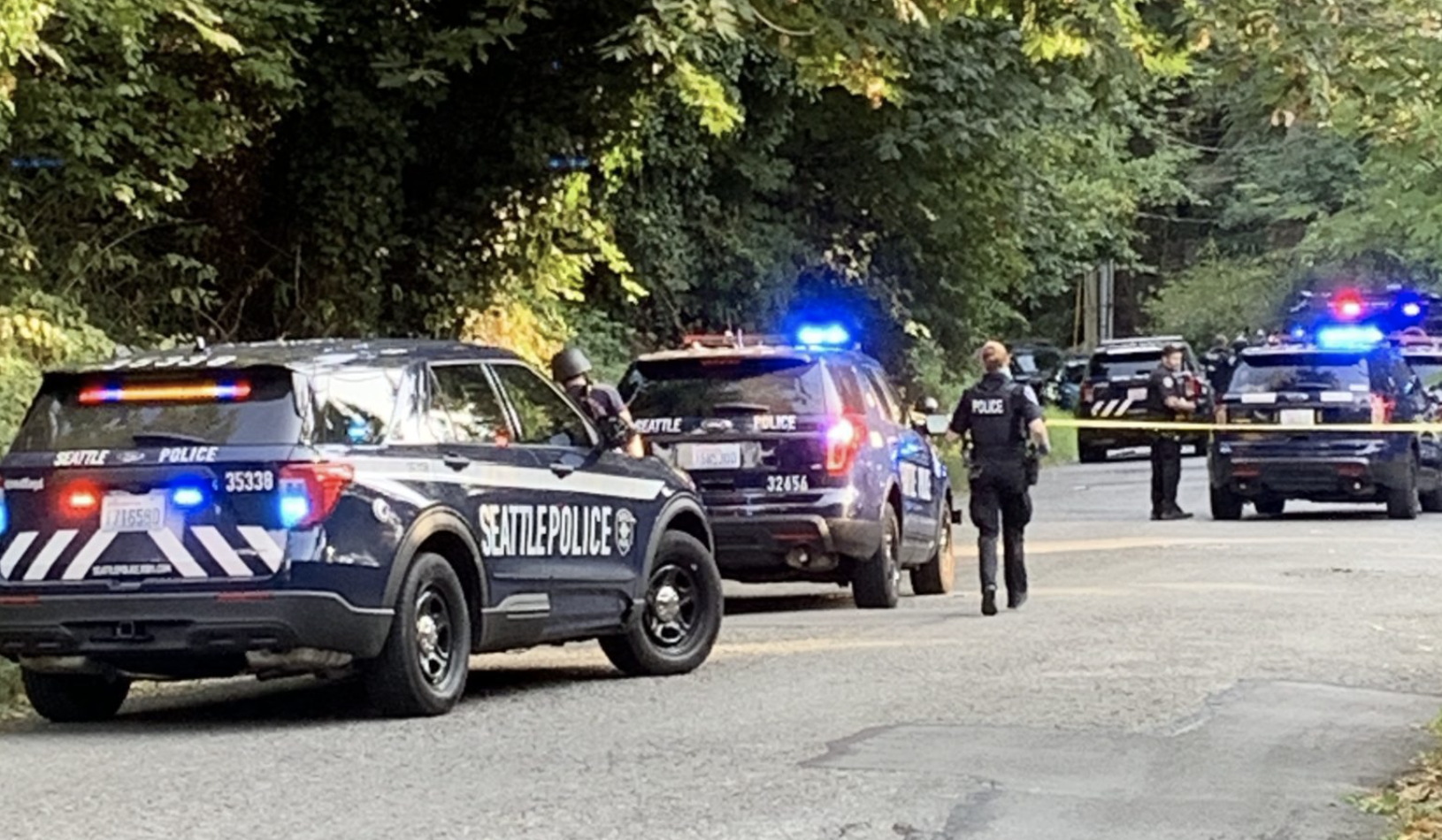 A man was found deceased in his home in Magnolia on Tuesday night after allegedly shooting and injuring his mother.

According to Seattle Police, the 20-year-old shooting suspect died in his home where he had barricaded himself after shooting his 44-year-old mother.

Police were called to the Magnolia home in the 1900 block of 32nd Ave W after reports of a family disturbance. Place say that as officers arrived, they heard gunshots inside the home. A woman then emerged from the home with multiple gunshot wounds to her legs, and told police that her son had shot her.

SPD says police applied tournequettes and safely removed her from the area; she was then transferred to Harborview Medical Center in serious condition.

Officers at the scene then used a PA system to safely call out two additional members of the household who were uninjured. Police requested that the suspect peacefully surrender, but there was no response.

Police then sought out a warrant to enter the home and arrest the suspect. Once approved, SWAT team members entered the home and found the suspect deceased from a self-inflicted gunshot would.

SPD says detective will continue to investigate the incident.

This is the second incidence of gun violence My Ballard has reported on this week; just Monday, a man was found dead in Gas Works Park from a gunshot wound. And in July, another Magnolia shooting sent a man to the hospital.

Gun violence has escalated in Seattle this year, with over 300 shots fired so far in 2021, according to Seattle Police Department’s Crime Dashboard.

Editorial Team
27 January 2022
A first-time buyer has every reason to be discouraged these days. Home prices have risen at a rapid pace in...

Editorial Team
26 January 2022
If you’ve never purchased a newly built home, it may surprise you to learn that buyers sometimes begin improvement projects...

Editorial Team
25 January 2022
Tax refund season is here, and it’s understandable to consider lavishly spending your money on a vacation to the beach...

Editorial Team
25 January 2022
Consumers who resolved to buy a home in 2022 may have been dreaming of a reprieve from ever-climbing home prices,...