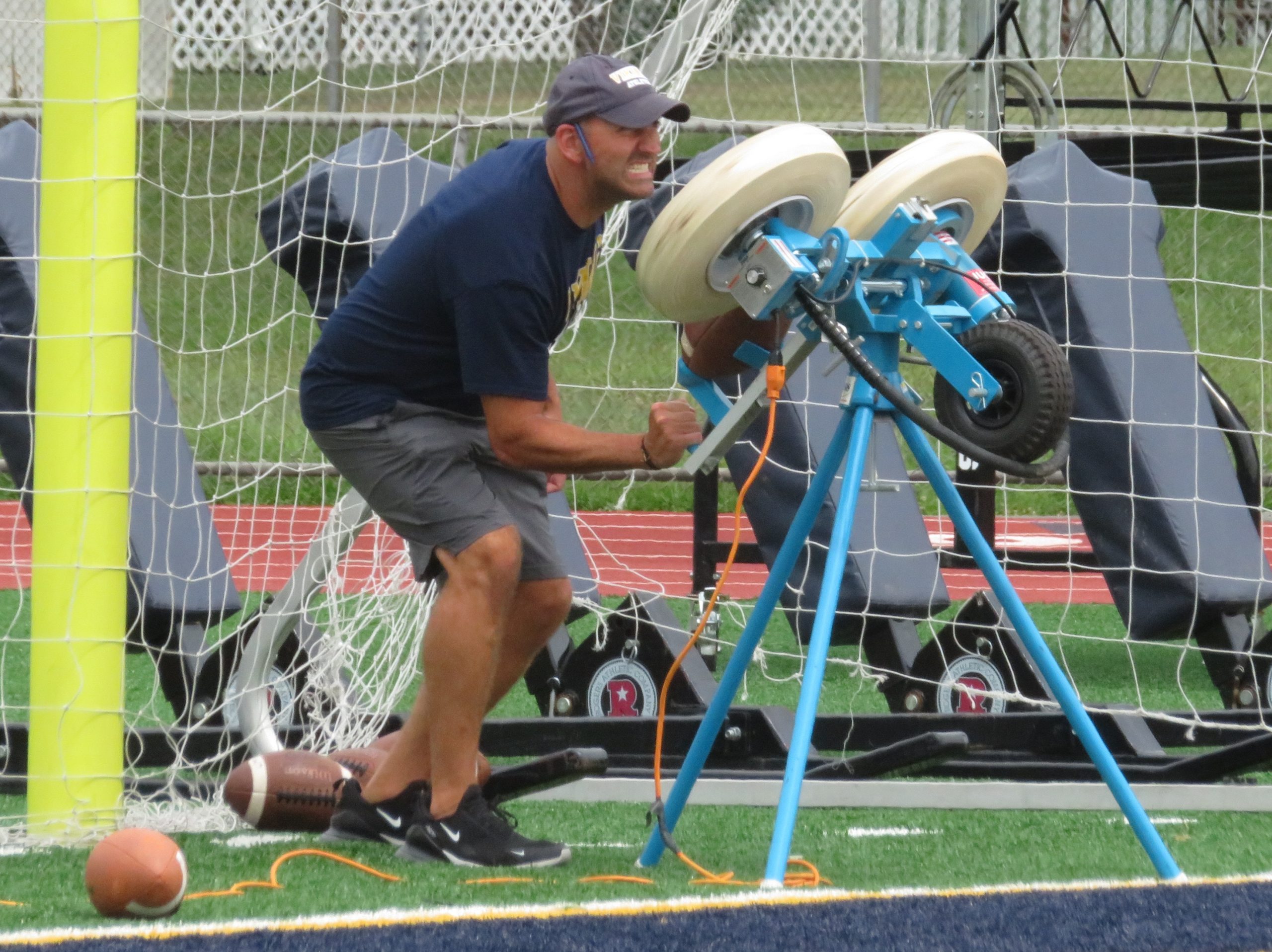 The Camp Hill native played football at Cedar Cliff High School before taking his talents to Millersville University. He played along the offensive and defensive lines in high school before sticking to guard for three years in college.

He started his coaching career immediately after college – returning to Cedar Cliff as an assistant with the freshmen team. He spent time at Northeastern, Boyertown and Phoenixville before Upper Merion. He coached middle school football in the district before joining the varsity staff three years ago as the wide receivers and linebackers coach.

The first-time head coach is focused on building relationships with his players.

“I think I have always had a relationship with these guys,” Chubb said. “I’m a teacher at the middle school so I have the benefit of knowing everyone real well. I think my relationship-building has been one of my strongest suits. I’m not trying to toot my own horn, but that’s what I pride myself on. I want to be able to build these relationships.

“I don’t want to yell. I’ve changed my coaching philosophy since when I first started. I’m not a yeller or screamer. There are times where I have to raise my voice to get a point across, but I want to be Ted Lasso. I want to feel stress-free and be happy and joking.”

“(Chubb) wants that relationship with you,” senior Nick Gerace, who’s known Chubb since he was in seventh grade, said. “I’ve always saw that he wants to not only coach, but he wants to build that relationship. Some coaches just yell at you, they want you to do certain things. Other coaches want to be your friend and care about you. He definitely cares about us.”

One idea Chubb is preaching to his players is LEO – Love Each Other.

“We say it all the time,” Gerace said, “’LEO Love Each Other.’ I think it’s a great thing. I think every team needs something to drive them forward. If you don’t have a goal to reach then you don’t know where you’re going. LEO is definitely our thing. It’s coming along. It started off – guys weren’t really taking it as serious, but as the season’s progressed and as we saw what (Chubb) was trying to do and how he was trying to build the team with it, it’s really bringing the team together.”

Gerace met Chubb as a teacher and football coach in middle school and worked with him as both a wide receiver and linebacker during his first three high school seasons.

“I was very excited,” Gerace said of his reaction to Chubb getting the head coaching job. “(Previous) coach (Victor) Brown did a great job starting the program and turning it around. I feel like he could have taken it up to another level but he had different obligations. With coach Chubb, it’s someone we all knew – all respected – and you need that in a head coach. You need someone to be respected and be a leader. As soon as he said it I was very happy. I was nervous to see if it was someone random. It’s good to see him – good to see a familiar face.”

Chubb is focusing on installing a new offense while defensive coordinator Don Jackson handles the defense. He described the new offensive system as multiple with plays under center and in shotgun, using one and two running backs.

“We’re still trying to identify our strengths,” Chubb said. “It’s all part of it. We might end up turning into something we didn’t start as. We’ll see. We’ll get there when we get there.”