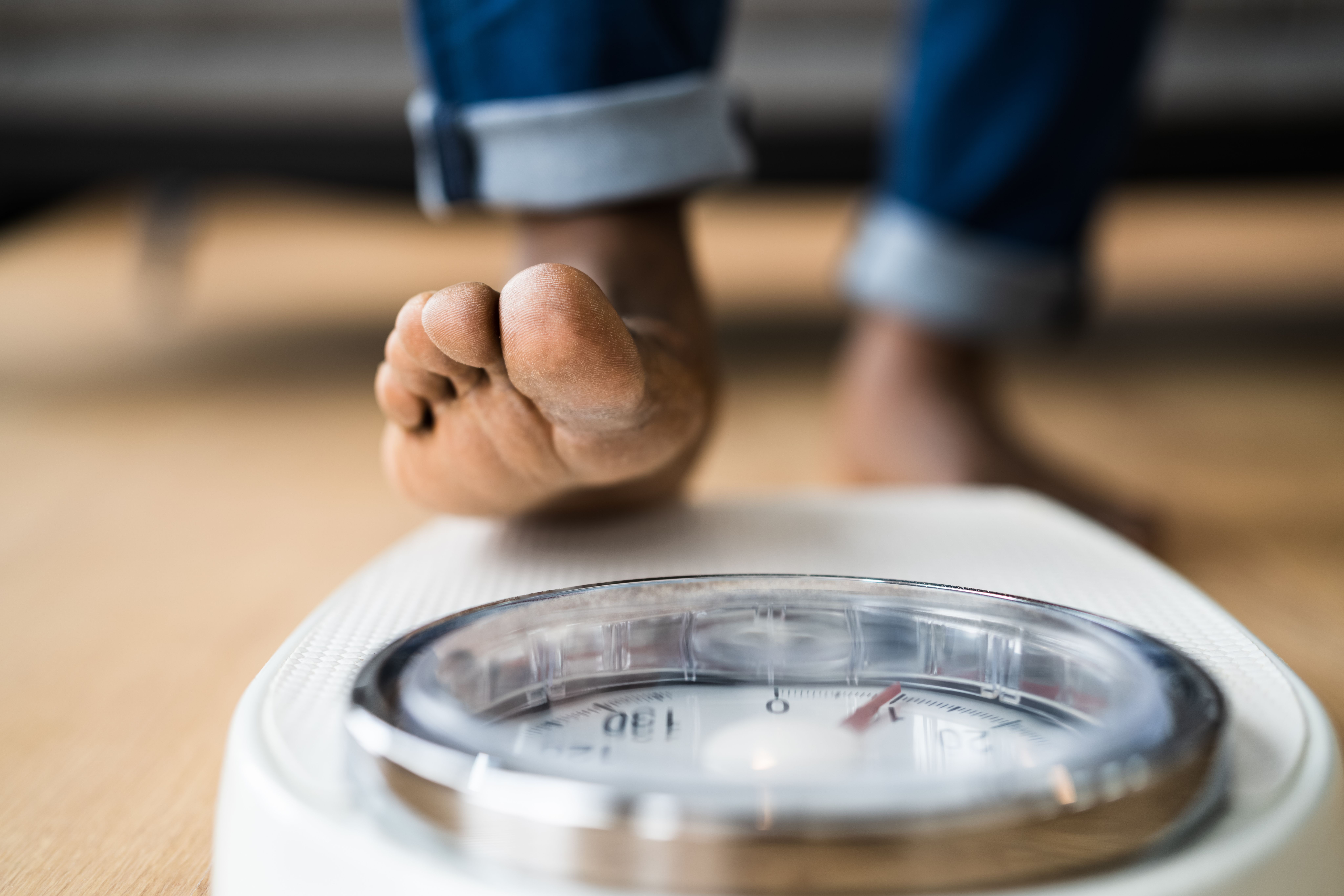 Mr J is a 33-year-old Caucasian male who was diagnosed with a first episode of a major depressive disorder (MDD) at a recent outpatient visit. He has had individual therapy in the past 3 months, but has never been treated with psychotropic medications. He has no known medical problems. He does not smoke or use illicit drugs, and endorses occasional social alcohol use. Vital signs indicated a body mass index (BMI) of 28. Screening laboratory studies at the outpatient visit were notable for elevated thyroid-stimulating hormone (TSH) levels, but normal free T4, as well as slightly elevated low-density lipoprotein (LDL) cholesterol. In addition to his depression, Mr J voiced concerns about significant anxiety. There was no evidence of psychosis. After consultation with the psychiatrist, he agreed to start treatment with a low dose of a selective serotonin reuptake inhibitor, and to continue individual therapy.

Overweight and obesity are common in patients with depression,1 and this association may reflect underlying neuroendocrine (eg, thyroid) and neuroimmune (eg, autoantibody) factors. However, the prevalence of overweight and obesity in patients with depression varies widely between countries.1,2 Furthermore, previous studies are varied in terms of methodology (eg, general population samples versus patients with MDD), and consideration of potential confounding or moderating factors (eg, antidepressant treatment).

In order to address these factors and further investigate this association, Si and colleagues3 recruited a large sample of first-episode drug-naïve patients with MDD in a Han Chinese population. They aimed to investigate the relationship between overweight and obesity and risk factors, including lipids, thyroid hormones, and autoantibodies. The authors recruited consecutive outpatients in the First Hospital of Shanxi Medical University. Inclusion criteria were age 18 to 60 Han Chinese, first episode of MDD, disease duration < 2 years, no history of antidepressant treatment, and no pregnancy or lactation. Subjects with central nervous system disease, severe or unstable physical disease, atypical depression, or comorbid drug or alcohol use disorder were excluded.

Exactly 1718 subjects (588 men and 1130 women) met the study inclusion/exclusion criteria. Subjects were trichotomized based on BMI: normal < 24, overweight 24 to 28, and obesity > 28. They were assessed clinically with the Hamilton Rating Scale for Depression, Hamilton Anxiety Rating Scale, and the Positive and Negative Syndrome Scale. Fasting blood samples were obtained for lipids and thyroid hormones and antibodies. A chi-square test, analysis of variance, or Kruskall-Wallis rank test was used to compare demographic and clinical variables between the 3 BMI groups. Ordinal logit models were also used to explore relationships between clinical factors and BMI.

The authors concluded that they found a higher prevalence of overweight and a lower prevalence of obesity compared to other North American and European samples, although subjects in these studies were not drug-naïve. They also found that TSH levels were an independent risk factor for overweight and obesity in patients with MDD, which extends findings from general population studies. Strengths of the present study included the large sample of first-episode drug-naïve patients with MDD, which may reduce several potential confounding factors. A primary limitation was the cross-sectional study design, which does not permit causal inferences between BMI and related risk factors.

Dr Miller is professor in the Department of Psychiatry and Health Behavior, Augusta University, Augusta, Georgia. He is on the Editorial Board and serves as the schizophrenia section chief for Psychiatric TimesTM. The author reports that he receives research support from Augusta University, the National Institute of Mental Health, the Brain and Behavior Research Foundation, and the Stanley Medical Research Institute.