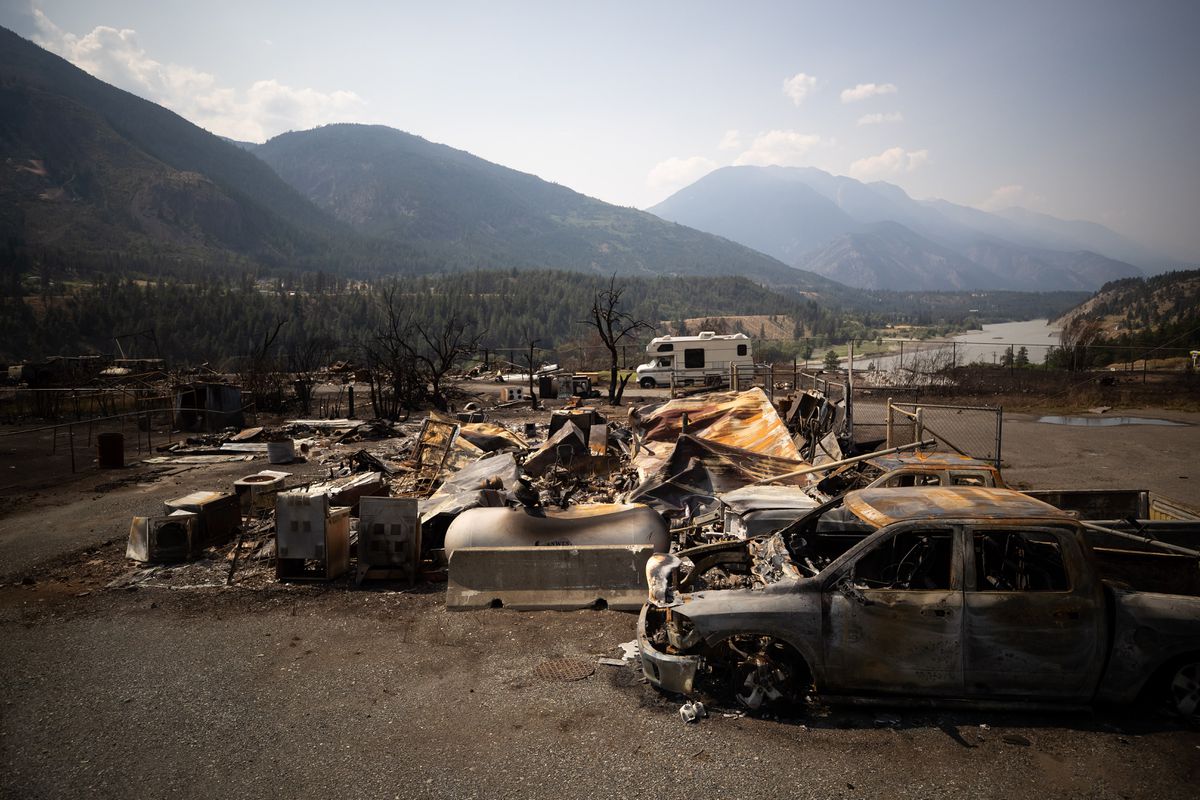 The estimated $78-million in insured property damage from the wildfire that devastated the community of Lytton, B.C., in June is a fraction of the rising costs of disasters fuelled by climate change, the Insurance Bureau of Canada says.

The average annual cost of claims for property damage or losses due to severe weather has more than quadrupled over the last decade to about $2-billion, said Craig Stewart, the bureau’s vice-president of federal affairs.

That’s up from about $400-million each year between 2000 and 2009, around the time insurers began to see increases in property claims, he said in an interview.

“Those events may have happened anyway,” he said. “But they wouldn’t have been as intense as what we’re witnessing now.”

A severe 20-minute hailstorm that pelted Calgary last June saw property insurers pay out more than $1-billion for about 100,000 claims, he noted.

At close to $4-billion, the 2016 wildfire in Fort McMurray, Alta., is the costliest natural disaster on record for property insurers in Canada. It resulted in considerable losses for insurers relying on outdated risk modelling, Mr. Stewart said.

“Reinsurers have lost billions of dollars in this country over the last decade,” Mr. Stewart said. “So, they are upping their rates, insurers are paying more. And of course, that gets passed down in terms of increased premiums to customers.”

When insurers looked to increase rates in flood-prone areas several years ago, there was no comprehensive government flood model for the country; there are now three private-sector flood models for Canada that aren’t Canadian in origin, he said.

The insurance bureau reports that nine of the 10 most expensive years for insured property damage in Canada have occurred since 2005. The outlier is 1998, the third most expensive year on record, due to claims from an ice storm that hit Quebec.

As the average annual cost of property insurance claims from severe weather nears $2-billion, uninsured losses are estimated to be double that amount.

That figure came in a report released Wednesday by the federal government that lays out a plan to create a national climate-change adaptation strategy by next fall.

Its development would include five new “advisory tables” on health and well-being, resilient infrastructure, a thriving natural environment, a resilient economy and disaster resilience and security. Mr. Stewart said he will be co-chairing the latter table and invitations were being sent to more than 100 other experts.

“If people are living in harm’s way, we either need to invest heavily to protect them to mitigate those communities that are at highest risk … or we need to move them,” he said, noting that could involve the government buying out homes in high-risk areas.

Real estate agents have a role to play too, he said, pointing to U.S. brokerage Redfin, which recently announced it’s making climate risk information available on its listings.

The federal government has previously published research showing Canada is warming twice as fast as the global average and three times faster in the North.

A national emergency management strategy was published in 2019, establishing federal, provincial and territorial priorities and support for assessing risks and preventing, preparing for and responding to disasters between now and 2030.

It includes the development of a national risk profile for climate-related hazards with the first findings expected in 2021-22, according to Public Safety Canada.