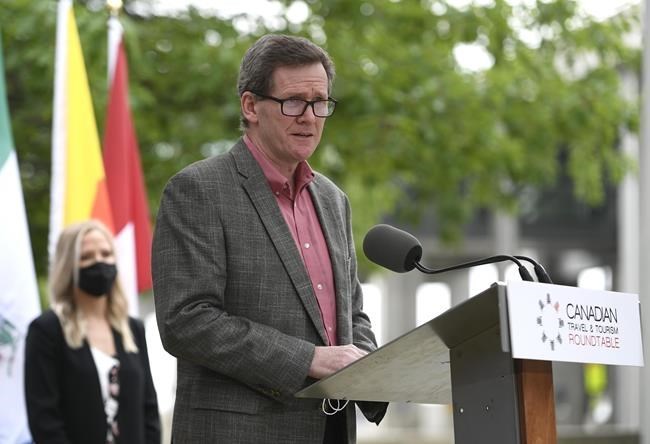 As industry associations and travel agencies say they’re pleased to see a vaccine passport being implemented for international travel, some say they’re upset at the lack of a clear timeline for the digital document.

Richard Vanderlubbe, president and CEO of Tripcentral.ca, said a vaccine passport for Canadian travellers will eventually help spur international travel, but it won’t help travel agencies until there’s more information around when it’ll be introduced.

“Today they’re talking about something that doesn’t exist yet that is still to be developed, and that creates uncertainty, because when is it going to be ready? When is it going to be required?” said Vanderlubbe, who added he hopes that Ottawa and the provincial governments will be able to work together to introduce passports by their “early fall” target.

“Even musing about it is a problem because it creates new uncertainty and people will now be saying I want to wait until this is all sorted out.”

The comments come during a summer season that hasn’t matched expectations as economies re-open, but once again face concerns around the Delta variant.

He believes that many Canadians will keep waiting to travel until they’re more familiar with the vaccine passport system and understand how it works.

Ottawa announced the passport system Wednesday afternoon, saying it is intended to certify the status of Canadians who want to travel abroad. The only timeline the government gave for its implementation was “early fall.”

Immigration Minister Marco Mendicino said the digital pass will include data on the type of vaccine received and the dates and location they were given.

Allison Wallace, a spokeswoman for Flight Centre, said the vaccine passport will make the border experience easier for Canadians in foreign countries, since a digital document will be easier to deal with than a paper slip from a province.

“We already have a lot of demand coming in, but what happens is we get questions and inquiries,” around what barriers there are to travel, Wallace said.

“So the people who are sitting on the fence, it’ll help get them to book rather than be in the wait and see mode.”

The Canadian Airports Council, which represents airports big and small across the country, also said it’s pleased to see the development and hopes it’ll help the resumption of international flights at smaller airports.

“Airports have been encouraging government to take this necessary action for months,” said Chris Phelan, vice-president of government and industry affairs at the CAC.

This report by The Canadian Press was first published Aug. 12, 2021.