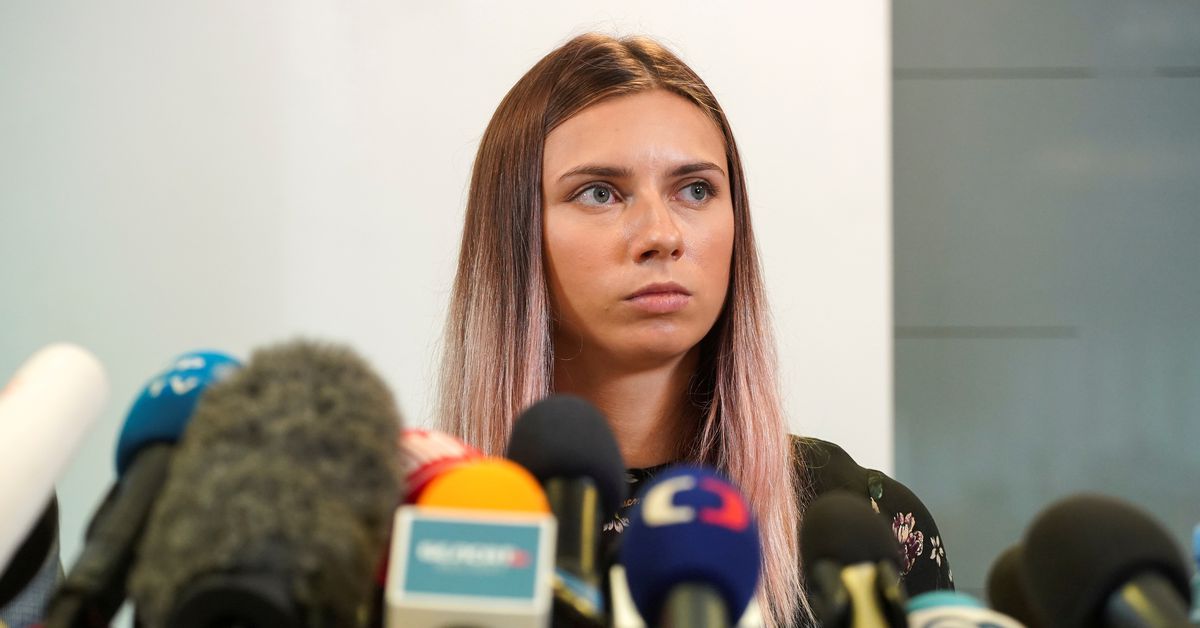 TOKYO, Aug 6 (Reuters) – Two Belarus Olympic officials involved in attempting to send sprinter Krystsina Tsimanouskaya home from the Tokyo Olympics have had their Games accreditation revoked and have been removed from the athletes’ village, the IOC said on Friday.

Belarus athletics head coach Yuri Moisevich and team official Artur Shumak have been taken out of the athletes’ village where the teams stay at the Games.

“The two coaches were requested to leave the Olympic Village immediately and have done so. They will be offered an opportunity to be heard.”

The IOC launched disciplinary proceedings against the officials two days ago over their role in Tsimanouskaya’s refusal to return to Belarus, a case reminiscent of athletes’ defections during the Cold War.

Tsimanouskaya caused a furore on Sunday when she said coaches angry at her criticism over sporting issues had ordered her to pack and go to the airport before she even competed in Tokyo. read more

She refused to board a flight home and sought protection from Japanese police at the airport and then stayed at the Polish embassy for two nights before flying to the capital Warsaw via Vienna.

“An IOC Disciplinary Commission has been set up in the case… to clarify the circumstances around the incident and the roles the coaches… played,” the IOC said.

The Belarus Olympic team in Tokyo was not immediately available for comment on Friday.

The 24-year-old athlete’s case could further isolate Belarusian President Alexander Lukashenko, who is under Western sanctions after a crackdown on opponents since last year.

Poland has long been critical of Lukashenko’s authoritarian rule and has harboured many activists from Belarus.

In an exclusive interview with Reuters on Thursday, Tsimanouskaya said she decided to defect as she was being driven to a Tokyo airport because her grandmother told her that it was not safe to return home to Belarus.

“I have always been far from politics, I didn’t sign any letters or go to any protests, I didn’t say anything against the Belarusian government,” she said.

“I’m a sportsperson and I didn’t understand anything in political life. I try not to do anything other than a sport in my life and I try my best to not be distracted by politics.”

The Belarus National Olympic Committee (NOC) at the time had said coaches withdrew Tsimanouskaya from the Games on doctors’ advice about her emotional and psychological state.