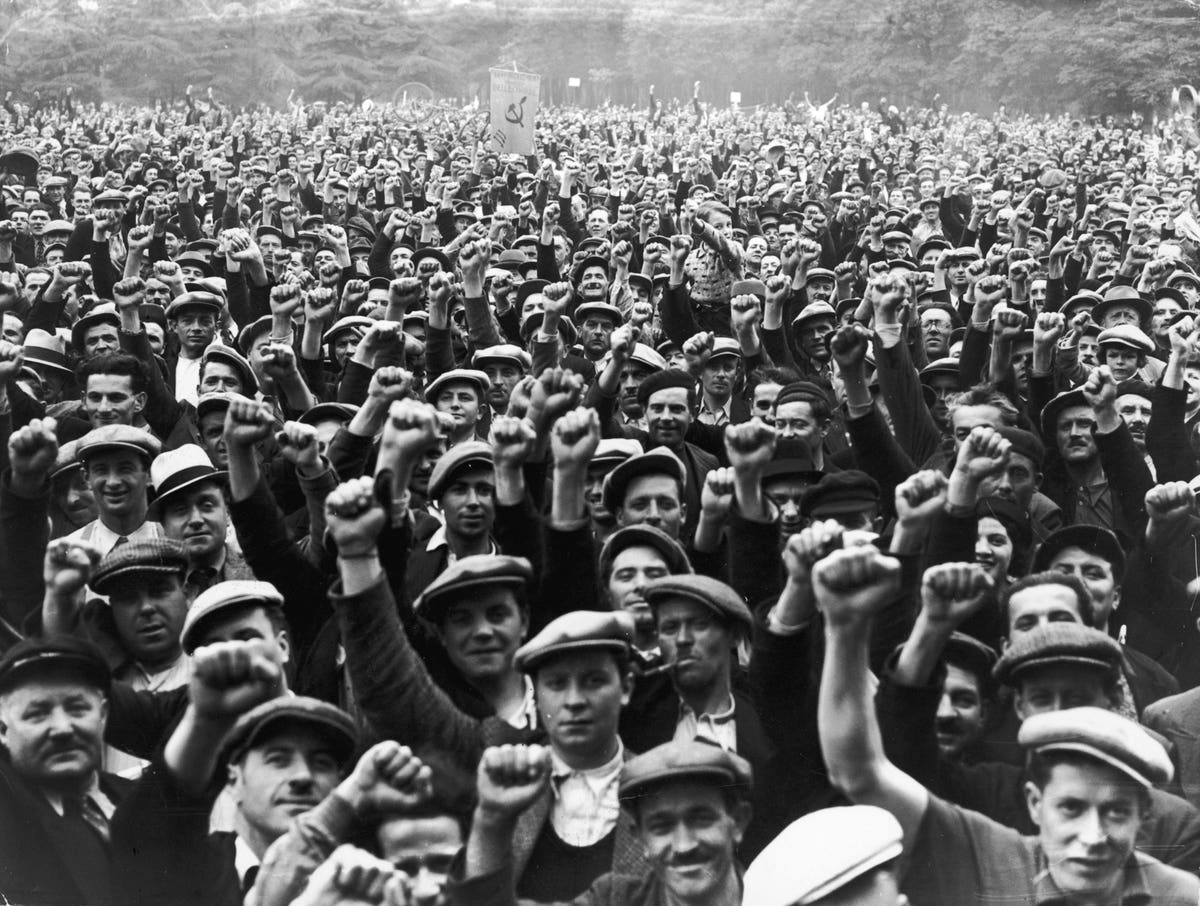 A World Without Work, written by Daniel Susskind, is a book that anyone interested in macro-economic policy should read. It deals with the “Growth” Event – that has carved human history into two unequal hemispheres: a long economic stasis dominated by low-tech, labor intensive subsistence agriculture, followed by an extraordinary upward surge in productivity and output, driven by waves of technological transformation, that has created the “modern world” as we know it.

Susskind focuses on the series of disruptions to the labor market, where manufacturing displaced agriculture as the dominant segment of the workforce in the late 19th and early 20th centuries, and was in turn displaced by service industries in the second half of the 20th century. Agricultural employment fell from over 50% in 1870 to just a little more than 1% today. Manufacturing employed about 30-35% of the workforce in 1950; it now accounts for about 7%. Where have the jobs gone? Nearly 80% of working Americans were employed in the service sector in 2021.

Susskind’s thesis is that technologization is now beginning to impact and erode employment in the service sector. Advanced technologies (computers, electronic communications networks, artificial intelligence, “all things digital”) are transforming work in finance (the largest economic sector today), health care (the 2nd largest), and other service industries, automating service jobs and confronting policy-makers with the problem of “technological unemployment.” Two generations ago, most elevators were manned by human operators – “service providers” – who of course no longer exist. Susskind views this as a paradigm for a looming Great Extinction for workers in a wide range of service industries. In this impending “world without work,” many new social, economic, and political challenges will surface, calling for a wide range of new public policy initiatives. It’s the bad side of good news. Technology-driven economic success — affluence, abundance – will obviate the need – indeed it will eliminate the opportunity – for a majority of the population to work at all.

The book is divided into (1) a diagnosis of all these issues (the first 9 chapters, which are superb), which I have covered in the previous column, and (2) a set of prescriptions (the last 3 chapters) arguing how we should respond to the problems of widespread “economic uselessness” – workers more or less permanently displaced by technology.

After his impressive analysis of the problem – a tour de force – Susskind’s policy ideas are surprisingly conventional. His overall thesis is encapsulated in his use of the phrase “The Big State” to describe what, in general, is required now. He proposes a range of measures to combat the problems of technological employment, all of which involve a reliance on the central government to put things in order.

These measures fall into three categories:

Fundamentally, Susskind is after a system where the “economically useless” who are displaced by technology will not be forced the suffer the traditional consequences of unemployment – low standards of living, social and psychological malaise, political marginalization, etc. Funds must be raised, and distributed. Tax and spend. Or as Susskind likes to put it, share.

His solutions are thus familiar ones. It is an expanded version, we might say, of the New Deal, and has resonances with much of the current platform of the Democratic party here. Specifically, he proposes:

These measures are familiar insofar as they have been tried before. The U.S. has experienced high marginal tax rates (up to 90%) on income, and much higher rates on capital gains. Other advanced democracies have wealth taxes in place. While the politics of expanding taxation are always difficult, there is no fundamental novelty involved. Welfare programs are also controversial, but widespread, and some of the designs seem to have successfully avoided the standard criticisms. (One thinks of an expanded Social Security as a model here, although oddly he does not mention it.)

Then there are measures that have been tried extensively only in authoritarian and non-democratic states (e.g., China, the Soviet Union, though also occasionally during some of the more extreme socialist episodes in a few western nations). They are challenging to implement in any democratic framework, and anathema in the U.S.

Government run labor unions and sovereign wealth funds of various sorts are not unknown, of course, even in western democracies. The proposal to regulate corporate political power might be harder to envision in practice – except that is is exactly what we see emerging today in China’s program to rein in its tech giants like The Ant Group, and Didi.

Finally, there are ideas that lie at the outer edge of plausibility.

Well, you get the idea. Like many liberal/progressive analyses, going back decades (think muckrakers), A World Without Work offers a compelling diagnosis of the problem… and a rather conventional set of remedies, ranging from the politically difficult to the utterly impractical –– all of which seem to fall back on the assumption of an apolitical, competent and honest administrative state capable of addressing the failings of market-capitalism without falling prey to the traditional shortcomings of government-run operations (the “DMV” problem, for short – as in the Department of Motor Vehicles, which is synonymous in the U.S. with obtuse and intractable inefficiency). Still, one must admire the thoroughness of Susskind’s analysis and the forthrightness with which he puts forward his “Big State” agenda — without seeking any sort of rhetorical cover in the euphemisms and intellectual chicanery that often dress up such proposals. In short, he is clear as to what he wants us to consider – and that has merit, even if we disagree. I still say, buy the book.