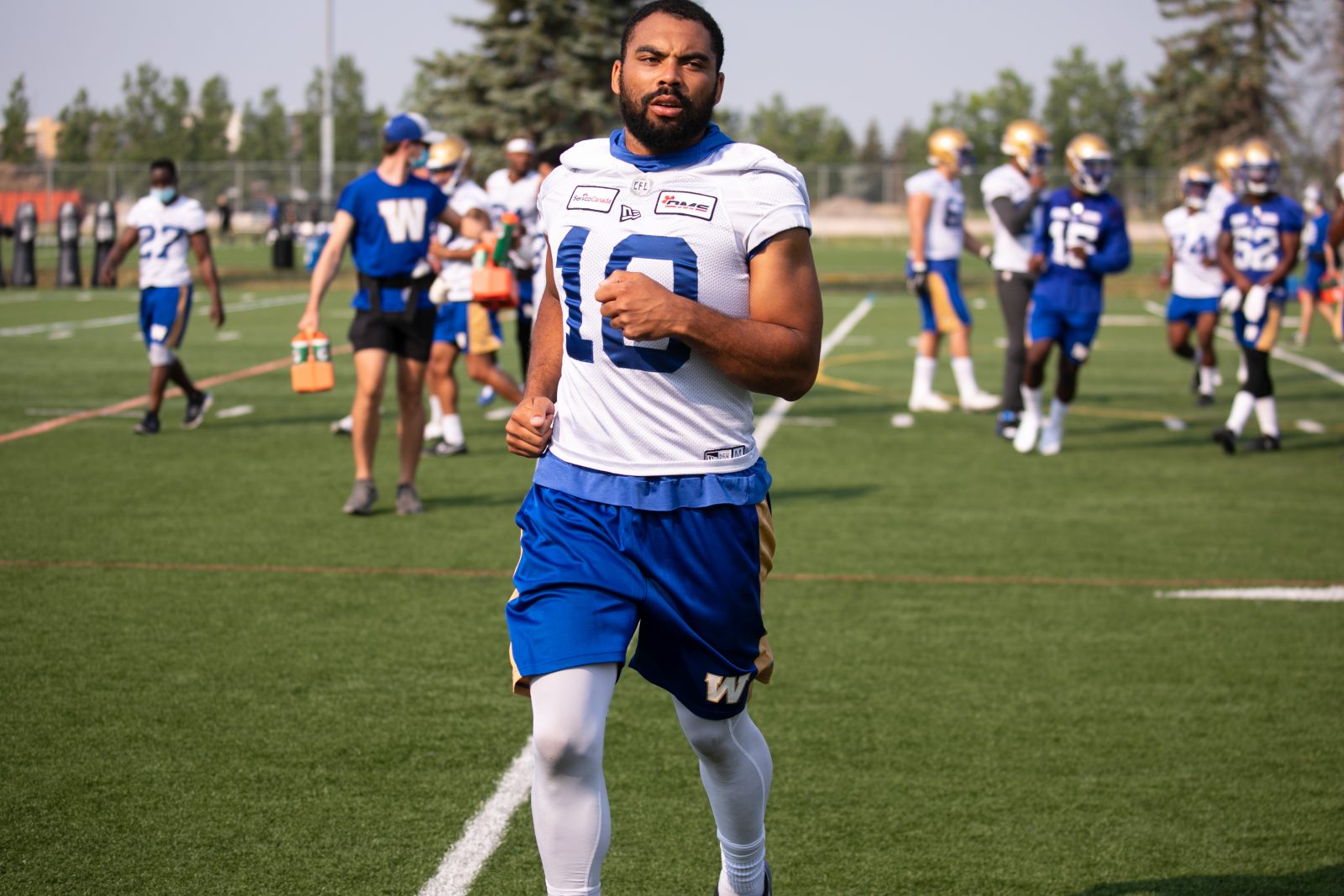 Nic Demski latching onto a pass over the middle; Nic Demski catching a strike down the sidelines; Nic Demski finding a crease on a sweep.

Rinse and repeat, day-in and day-out.

“It’s been a pretty good training camp,” said Demski in a media Zoom call on Sunday. “For me, everything I know in this offence I’m just trying to take one step further and be a couple steps ahead of the game – just knowing what everyone is doing out there and helping out the younger guys and then making plays, of course. I’ve been working hard these past however many months we had off, so I’m just happy that’s all coming to fruition.”

Rewind to November of 2019 and Demski, the Winnipegger and University of Manitoba product, had transformed into a dangerous offensive weapon before the eyes of anyone who followed the Bombers or the Canadian Football League. It wasn’t that 27-year-old hadn’t been productive prior to that – in his two years as a Bomber he had 103 receptions for 1,097 yards and 60 carries for 395 yards and nine touchdowns over 34 games.

But in the Grey Cup run of 2019 Demski found that proverbial next gear. Over his last four games – including three playoff contests – he had 13 receptions for 170 yards and another eight carries for 84 yards and two TDs. In short, every time he got his mitts on the ball he was a threat to score.

“I don’t really think about all-star team or anything like that. Next level for me… we came out and won the Grey Cup in 2019, I’d love to come in do whatever is possible for my team to win another one in 2021. That, to me, is being more of a leader on the field for the younger guys, being a leader for even the returning players in coming out here and being vocal and being confident, being fast and making more plays.

“It’s taken a  lot of hard work. I feel more comfortable and this training camp and how I’m starting this year is where I left off in 2019. To me, that’s how I wanted to come into training camp and to see if come into fruition… it feels great, it gives me a lot of confidence and I’m just happy my hard work is showing out there.”

Demski is one a handful of veterans who hasn’t taken a day off during camp. That’s by design, too, as he hardens his body for what will be a 14-game regular season following a long layoff.