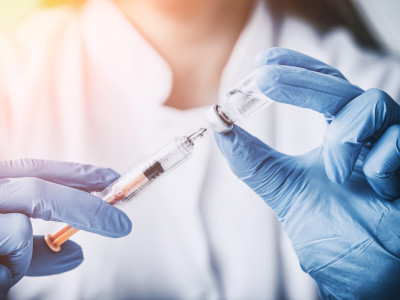 Obesity is typically linked to a higher death risk for most cancers, but it may lengthen survival among some patients with advanced prostate cancer, according to research recently presented at the European Association of Urology congress.

A research team from San Raffaele University in Italy evaluated the survival rates of 1,577 patients with an advanced form of the disease to test whether this “obesity paradox” held true. The patients had metastatic castration resistant prostate cancer, a form that no longer responds to testosterone lowering treatments. The patients were an average age of 69 years and an average body mass index of 28. Those with a BMI over 30 are considered obese.

After a three-year follow-up period, researchers found 30 percent of obese patients suvived compared to 20 percent of normal weight and overweight patients. This protective factor persisted after adjusting for higher doses of chemotherapy administered to larger patients, according to the findings presented July 10.

“This obesity paradox has been seen in some other cancers, possibly due to the relationship between tissue fat and cancer genomes, and more research is needed in this area,” said Dr. Nicola Fossati.

Researchers hypothesize several potential factors that may explain the association.

“It might be that patients with higher BMI are able to tolerate the toxicity of the treatments and their side effects better; in prostate cancer it might be due to the protective impact of hormones found in tissue fat; and it is known that healthy men with slightly higher BMI have a higher overall life expectancy compared to very slim ones,” said Peter Albers, MD, of Dusseldorf University in Germany and chair of the European Association Scientific Congress Office.

The research is considered preliminary until published in a peer-reviewed journal.