What’s surprising is not that the regime, confronted with undernourished people, many of them stunted from malnutrition and increasing numbers reported starving , would deplete its war-reserve rice stocks.

That had happened earlier – before and during the horrible famine of the mid-1990s. As former Korean People’s Army Second Lieutenant Kim Nam Joon told me when I interviewed him in 1994, five years after his 1989 defection:

What’s striking about the DailyNK story and headline is that such inroads into the war reserves – when, of necessity, they do happen – are supposed to be kept as a state secret.

seeing our temporary troubles are crying out that our socialism has collapsed and are seeking the chance to invade. If the US imperialists know that we do not have rice for the military, then they will immediately invade us.

One of Kim’s highest-ranking listeners that day, already disaffected and soon to defect, recorded the speech and took the tape with him to South Korea. Its publication there did not trigger a US invasion.

But then, the foe’s several missed opportunities over the decades since the 1953 signing of an armistice in the still officially ongoing Korean War (there’s been no peace treaty) do not seem to have prompted the Pyongyang regime to let down its obsessive guard.

Could recent major changes in Pyongyang’s thinking explain the episode? The need to respond to hungry North Koreans who are looking for someone to blame for their troubles , for example? 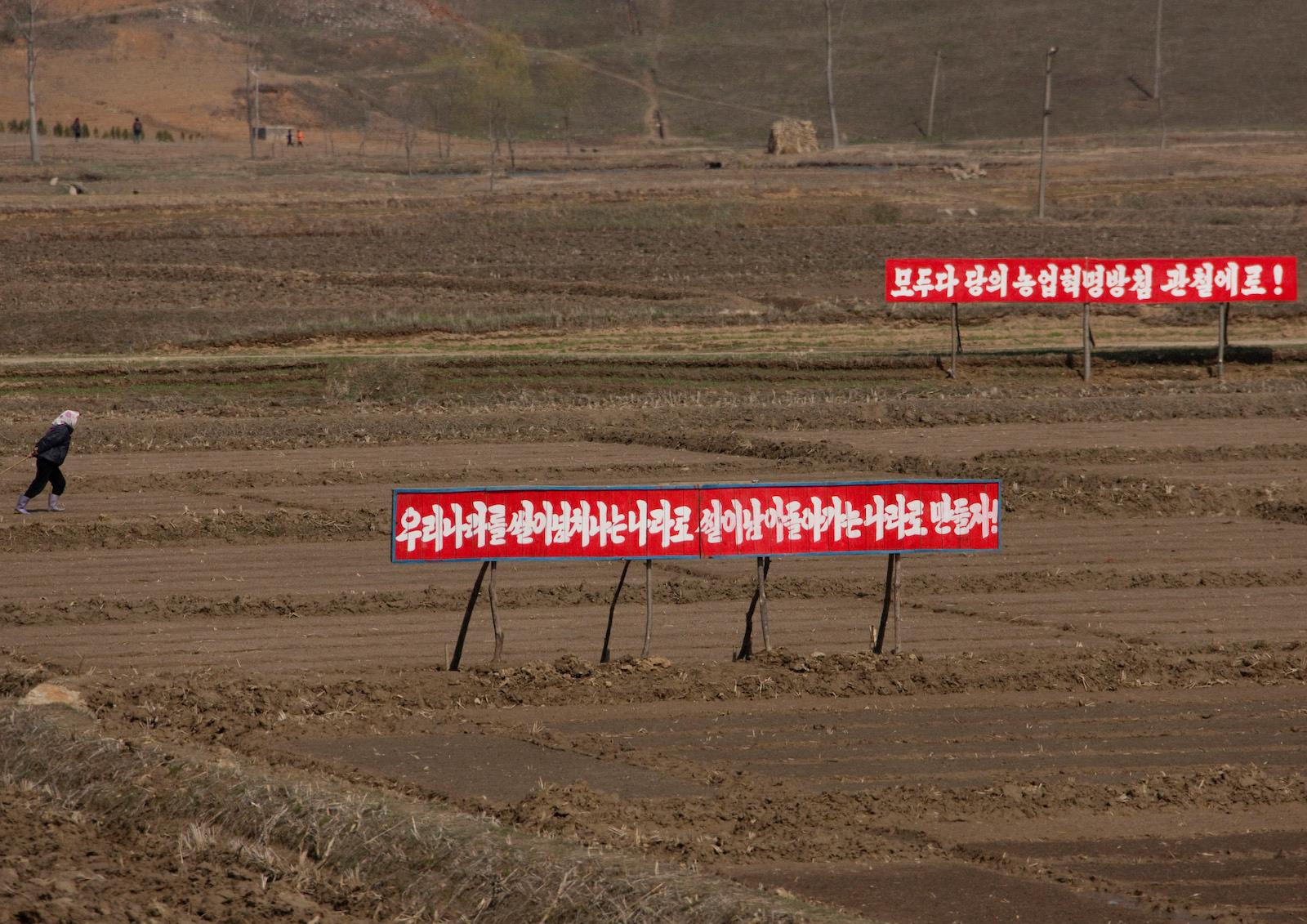 “My guess is that it ties into the public statements Kim has made recently, talking about the problems facing North Korea and even admitting/suggesting somebody in the regime is to blame – not him, of course,” says retired Colonel Grant Newsham, former reserve head of Asia-Pacific intelligence for the US Marine Corps and a former US State Department Foreign Service officer.

“Maybe this is designed to show he’s trying to help the people,” Newsham adds.“Like going on that Atkins Diet and dropping some pounds shows he’s tightening his belt just like everyone else . One should imagine life outside Pyongyang is worse than it’s been for a while. Why wouldn’t it be? Less trade with China, sanctions, Covid. So there may some good reasons to release some rice.”

At the same time that the regime has had to respond to the current economic crisis, Kim Jong Un has decreed a change in the military’s relative status among North Korean institutions. Kim Jong Il had instituted a military-first policy, but his son has moved to restore the ruling Workers’ Party to preeminence.

Additionally, Kim Jong Un’s administration recently cut back on the length of military hitches. Men who would have served 10 years will serve only eight. They are now considered to be needed for civilian labor and large numbers of them have been dispatched to remote areas to become miners , which is not what most were hoping for .

And, of course, Kim Jong Un has been developing new war toys that might obviate some of the requirement for huge numbers of ground troops, all needing to be fed as they slog it out over a period of years in a conflict resembling the original Korean War. He is reported to have reorganized his strategic missile force , for example, and his submarines have received a lot of attention and resources.

“If I had to guess,” says Newsham, now a senior research fellow at the Japan Forum for Strategic Studies in Tokyo,“I’d say North Korea’s military capability remains what it was overall, though the focus and effort are on the ‘big’ weapons — missiles, nukes and sub-launched missiles. Those are what get you taken seriously. Not so much a big ground-army of hungry dwarves – even if they are tough dwarves.”

Still, Newsham says, coming right out and announcing that the war reserves would be tapped“is odd – unless you don’t think the outside world will hear.”

Not thinking the outside world would hear may indeed be the answer. In fact, opening up the rice stores was not mentioned in the official North Korean media reports on the Pyongyang meeting at which, DailyNK reported, Kim gave the order. Kim may have thought the secret was safe from prying outside eyes.

DailyNK said it heard about the order’s specific contents not from the capital but from people out in two separate provinces who had received briefings on it locally. Assuming the story is true, if there was subsequently a successful attempt from Pyongyang to plug the leaks that could help to explain why other media organizations are not piling on.

In any case, for Seoul-based DailyNK, its scoop is the gift that has kept on giving. The outlet’s follow-up articles have included one that said “it appears that even military stores of rice were insufficient to meet demand” – so military officials, without Kim Jong Un’s knowledge and approval, imported grain and in the process failed to observe the Covid-19 quarantine procedures that Kim (peculiarly) insists on even for dry cargoes . 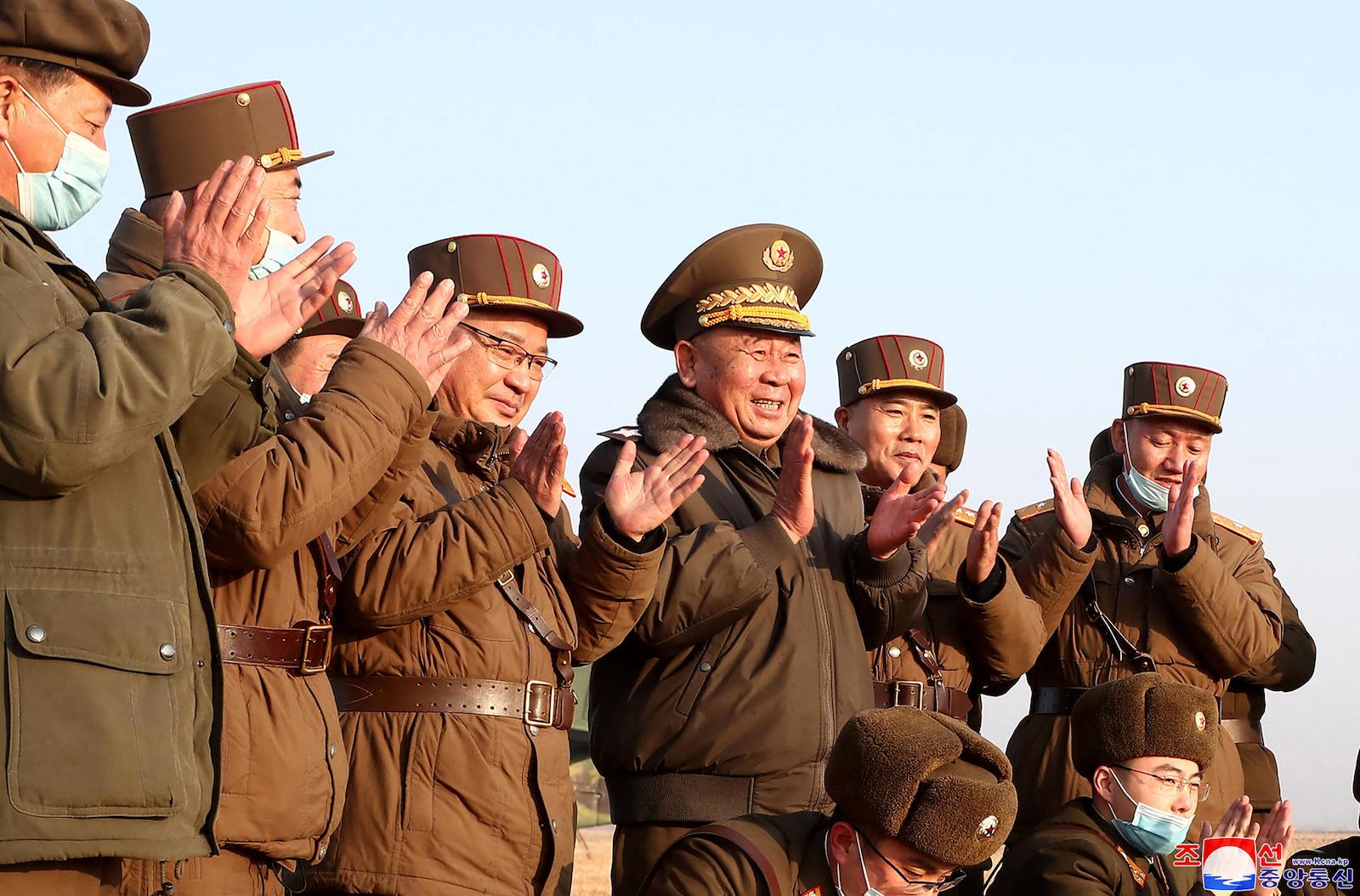 Then-Vice Chairman of the Central Military Commission Ri Pyong Chol, third from right, oversees a test firing of a new tactical guided projectile in an undisclosed location in North Korea. Ri, previously a hero for his weapons development feats, has been demoted after he and other officers angered Kim Jong Un by importing grain instead of providing it from their military storehouses for distribution to civilians. Photo: AFP / KCNA via KNS

The officials involved, right up to an extremely high level, were into serious trouble with Kim over that, said Daily NK.

Not to be a troublemaker, but I can’t help wondering: Were there really insufficient grain stores in the military storehouses for the generals to carry out Kim’s order? Or, on the other hand, did the generals simply prefer to keep what they had for soldiers who are already so hungry that many have taken to stealing food from (and in one recent case even murdering ) civilians?

It would be hard to paint any of what’s been happening as anything less than gross incompetence. But that’s what we have long since come to expect from the three-generation Kim Dynasty.

Bradley K. Martin is the author of Under the Loving Care of the Fatherly Leader: North Korea and the Kim Dynasty.

Legal Disclaimer: MENAFN provides the information “as is” without warranty of any kind. We do not accept any responsibility or liability for the accuracy, content, images, videos, licenses, completeness, legality, or reliability of the information contained in this article. If you have any complaints or copyright issues related to this article, kindly contact the provider above.