It was an eerie experience walking into an empty Fallsview Casino in Niagara Falls, Ont.

The flashing lights and spinning wheels of the thousands of slot machines were blinking away but the usually loud, bustling casino floor was silent; just as it’s been for the last 16 months.

Casino Niagara and Fallsview Casino, both now managed by U.S based Mohegan Gaming, have been closed since the COVID-19 pandemic began in March of 2020. 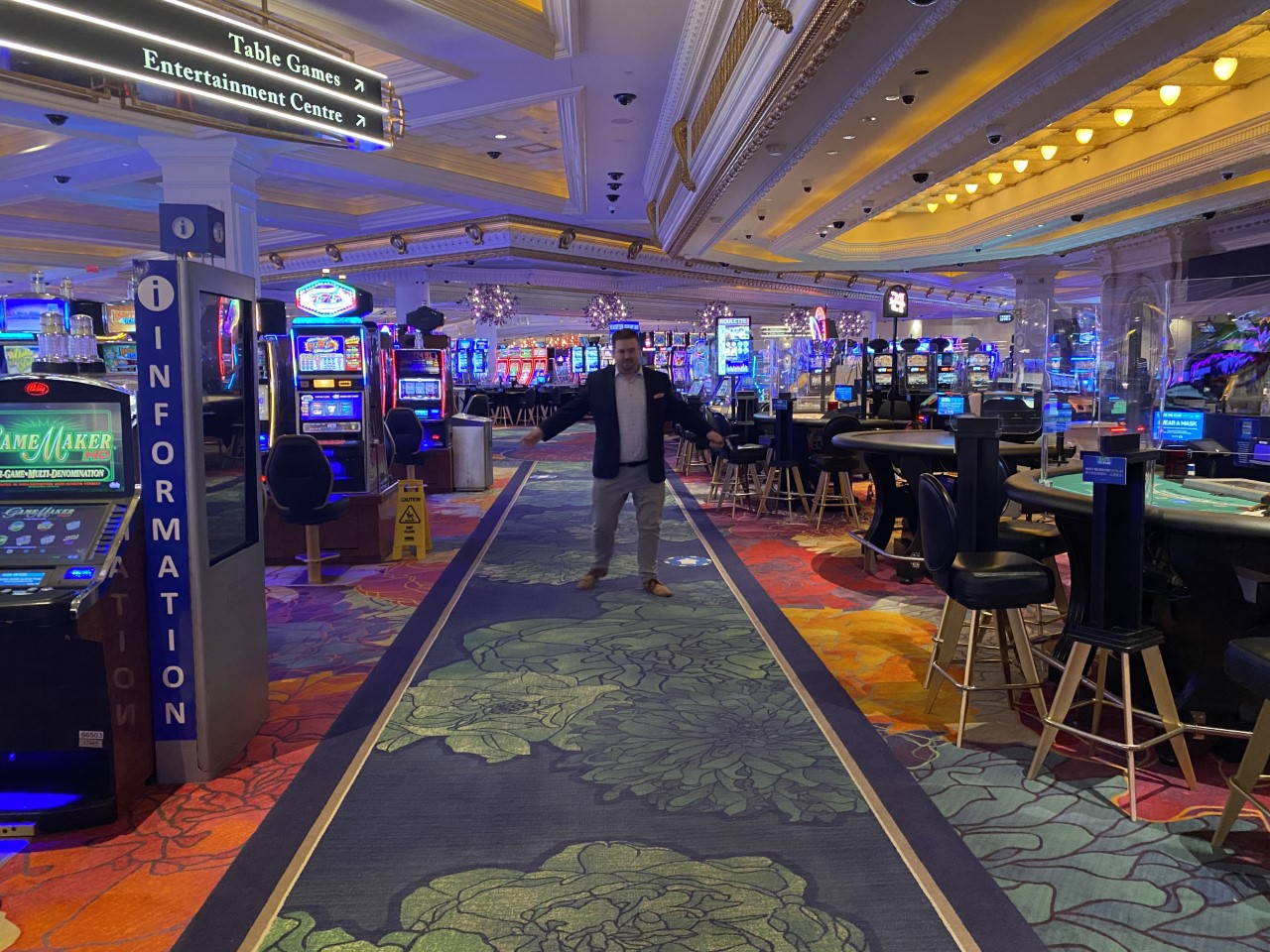 But that’s about to change. Both will welcome gamblers back on July 23 but with some notable changes.

I was invited in to check out the new experience. The first thing I noticed was check-in desks and space for a long line. Where you once walked right in, now you have to sign in and sign up for the casino’s new locality program in order to get inside.

Fallsview contends it’s for contact tracing but admits it won’t track players around the casino or require them to use the cars to gamble, so it appears to be a way to get people to sign up. 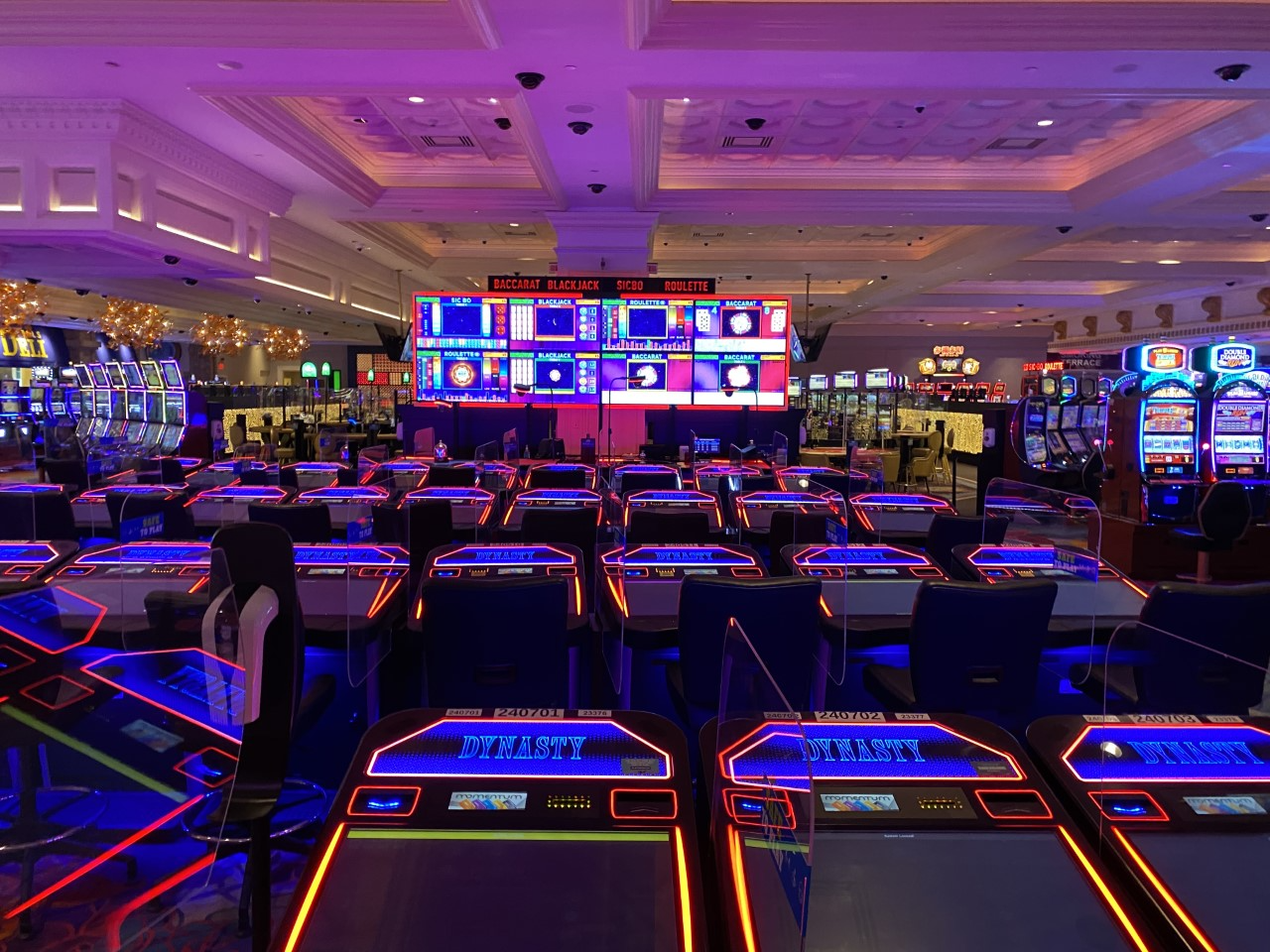 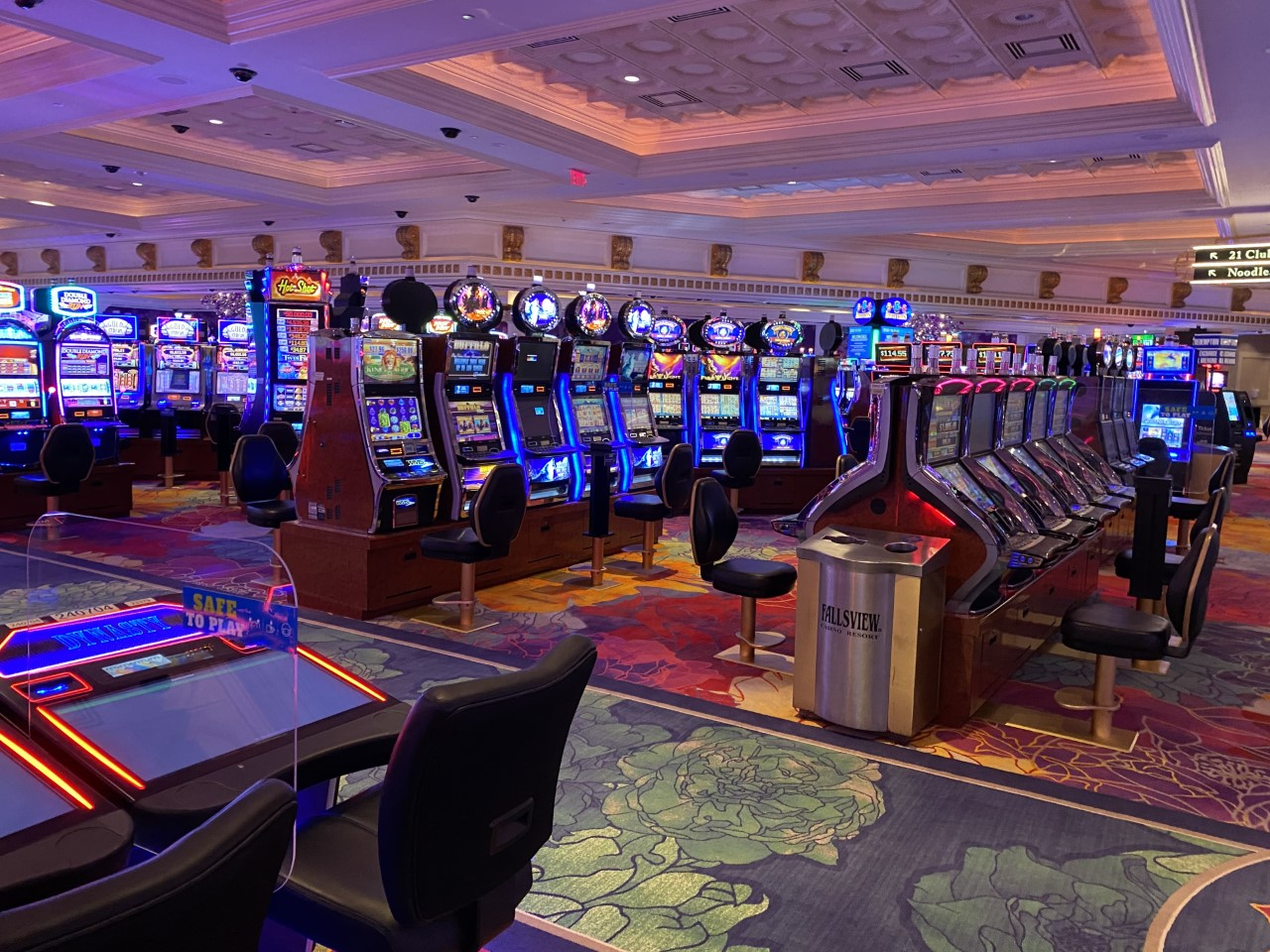 The first thing I noticed once I walked on the casino floor were new markings on the freshly installed carpet designed to try and space gamblers out, though the casino is only opening at 30 per cent capacity as they ramp up operations.

The biggest change I noticed was when I sat down at the blackjack table: plexiglass now separated me from what would be my fellow gamblers and from the dealer.

A small space was open just above the felt where I could place my chips. The table games won’t open until July 30, and there are more of them. Fallsview has used the downtime to place tables throughout the gaming floor and has installed an electronic craps table for the first time.

As I meandered through the desolate maze of slot machines, I noticed plexiglass between them as well. Las Vegas did the same thing when its casinos reopened but have since removed it.

Fallsview tells me it purchased enough plexiglass to cover the boards for at least the size of an NHL arena but has not set a timeline on when it may come down. It contends the machines will be cleaned frequently.

Masks are required at all times in Fallsview; the CEO even told me the many security cameras will be used to spot those not masking. They can, of course, be taken off to eat or drink but when it comes to food, there is one noticeable thing missing: the buffet.

While buffets can reopen, Fallsview has decided to keep theirs closed. It’s turned the space into an “a la carte” dining area and says it has not yet made a decision yet on if the buffet will return.

I did notice what felt like a breeze on my face as I walked around. Fallsview says it’s installed an air filtration system that changes the air in the casino floor frequently.

Fallsview acknowledges it used the 16 months’ downtime to expand. The casino is noticeably larger, having taken over some retail stores. New tables have been added, including for the first time an electron craps table. And more changes are on the way.

The casino plans to take advantage of a new law passed by Ottawa that will allow for single-game sports wagering. Under construction in the casino is a sportsbook, however, no timeline has been set for its opening.

Beyond having to lineup and sign and entering, none of the health restrictions are overly onerous. It will be interesting to see how gamblers adhere to them and how long Fallsview keeps them in place.

Also, for the first time ever, I left the casino with as much money as I entered it with.