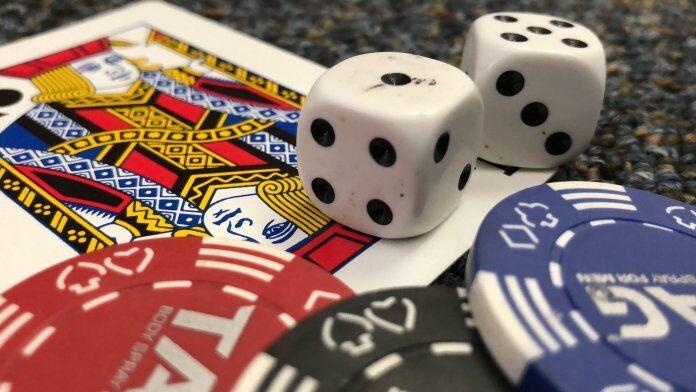 Florida’s race to cash in on gambling super-heated this week, with two more constitutional amendment campaigns now officially proposed for the 2022 general ballot — bankrolled by millions in out-of-state campaign donations.

The proposed amendments, both aiming to establish new casinos, are titled “Authorizes a Limited Number of New Casinos” and “Limited Authorization of Casino Gaming.”

They and another campaign that was unveiled in late June aim to remove obstacles to gambling expansion that are posed by the state’s gambling compact with the Seminole Tribe of Florida and by a constitutional ban – imposed by Amendment 3, Voter Control of Gambling, in 2018 – that prohibits expansion of gambling except by statewide voter referenda.

The Florida Division of Elections approved the start of the two petition drives for the two campaigns, both sponsored by the political action committee Florida Voters In Charge, which received a $17 million campaign contribution from Las Vegas Sands Corp., a multibillion-dollar resort and casino company built by the late Sheldon Adelson.

The PAC’s chairperson is listed as William Spicola, at an address in Jacksonville Beach.

The first, listed as 21-15. The amendment would authorize up to three new casinos in Florida, as long as they are 100 miles away from tribal casinos. The gambling licenses would be subject to competitive bids, and applicants would have to pledge to spend at $500 million developing the facilities.

The second of them, listed as 21-16, would authorize casino gambling at up to three licensed cardrooms, but only if they are at least 130 miles away from tribal casinos and only if they pledge to spend at least $250 million developing the facility

These are the second and third proposed constitutional amendments for the 2022 ballot unveiled in recent weeks.

On June 23, a sports-betting PAC titled Florida Education Champions was approved to begin a petition drive, titled 21-13, to legalize mobile sports betting statewide, regardless of a proposed 30-year compact between the state and the Seminole Tribe of Florida granting the tribe exclusive control of sports betting.

Florida Education Champions is bankrolled by sports-betting titans FanDuel and DraftKings, which gave $10 million each to that campaign.

In addition, a PAC titled People Against Regulatory Legislation Addressing You (PARLAY) reported a $15 million donation from West Flagler Associates, affiliated with Magic City Casino. That casino and an affiliated pari-mutuel facility have filed a lawsuit challenging provisions that grant the tribe control over which pari-mutuel facilities can host sports betting.

And, a PAC titled Voters In Control reported a $10 million contribution from Seminole Gaming.

Just ahead of a July 1 cap on making large donations, gambling interests poured $62 million into the various campaigns. The cap would have barred donations larger than $3,000 per individual per citizen- initiated campaign, prompting gambling campaigns to front-load contributions they may otherwise have given over time. The cap is temporarily suspended due to a legal challenge.

The gambling gold rush ignited when the Florida Legislature in mid-May ratified a compact negotiated between Gov. Ron DeSantis and the Seminole Tribe authorizing more casino games on tribal land and authorizing mobile sports betting statewide but only under the auspices of the tribe. Under those conditions, the tribe pledged to pay the state $500 million per year on average, for at least $2.5 billion in the first five years.

That compact is subject to federal review because the Seminole Tribe is a federally designated tribe and a sovereign nation. A decision is due by Aug. 5.

This report first appeared on the website of the Florida Phoenix, a nonprofit news organization dedicated to coverage of state government and politics from Tallahassee.

Best-selling author Christine Michel Carter is the #1 global voice for working moms. Christine’s voice transpires across miles into the...

United Airlines faced a very difficult 2020. As the most exposed long-haul international US carrier, the airline’s presence in Asia,...

With all British schools now closed for the summer, airports and airlines were looking a tad more normal on Saturday,...