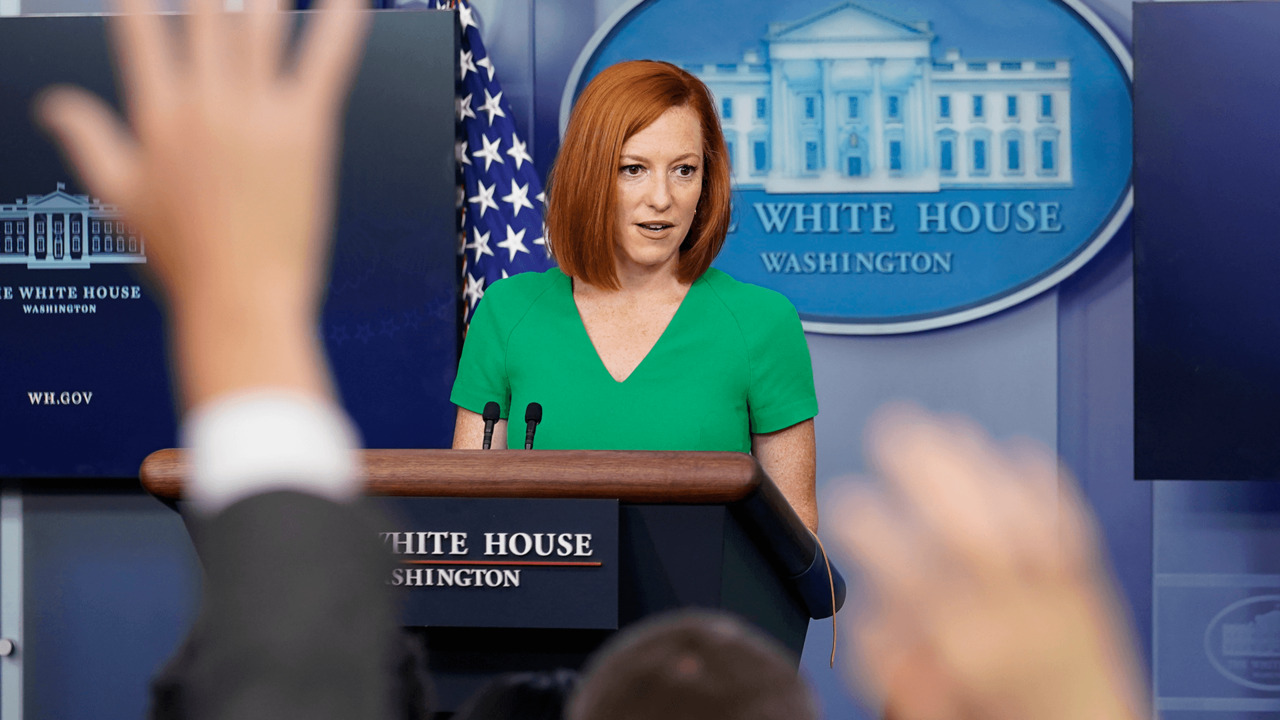 Psaki called the characterization “a loaded and inaccurate question.” She said the White House flagging concerning posts to platforms like Facebook is similar to outreach to news outlets when they take issue with particular coverage.

“This is publicly open information, people sharing information online, just as you are all reporting information on your news stations,” she said during a testy exchange in which the pair talked over one another at times.

Surgeon General Vivek Murthy on Thursday declared falsehoods and conspiracy theories proliferating online as an “urgent threat to public health” because of their effect on people’s willingness to get a Covid vaccine.

Murthy’s advisory set off a firestorm in some conservative-leaning circles where such misinformation has circulated and contributed to stubbornly low vaccination rates in certain regions. Top Republican lawmakers accused the Biden administration of being in cahoots with social media companies to censor speech.

Public health officials have sounded the alarm in recent weeks because the overwhelming number of people hospitalized and dying from Covid-19 now are unvaccinated. The White House decided to more aggressively respond to those who are discouraging vaccinations and create more pro-vaccine content, including spots featuring Gen Z pop star Olivia Rodrigo.

President Joe Biden took a shot at platforms including Facebook while leaving the White House on Friday afternoon.

“I agree that the platforms are going to have to do a much better job pushing out good information and making sure they’re not pushing misinformation that gets people killed,” Schiff said on CNN. “You know, I raised this issue with Facebook and other social media companies years ago with respect to flu vaccines, and they did take action and they’re going to need to take stronger action here. This pandemic is killing people.”

Facebook this week said it has taken down more than 18 million pieces of Covid-related misinformation, removed numerous accounts and promoted trustworthy information about vaccinations. On Friday, the platform fired back against the president’s claim that it’s killing people.

“We will not be distracted by accusations which aren’t supported by the facts,” Dani Lever, a Facebook spokesperson, said in a statement. The company also said more people have seen authoritative information about Covid-19 and vaccines on Facebook than any other place on the internet, and noted that over 3.3 million Americans used its vaccine finder tool. “The facts show that Facebook is helping save lives. Period,” the spokesperson added.

But social media companies have struggled with how much to crack down as information evolves. For instance, Facebook in May walked back a ban on posts claiming that Covid-19 originated in a lab after there was renewed debate about the theory.

Psaki dismissed a follow-up question of Doocy’s about whether it was appropriate for government officials to monitor social media activity.

“The big concern though, I think, from a lot of people on Facebook is that now this is ‘Big Brother’ watching you,” he said.

“They’re more worried about this than people dying across the country because of a pandemic where misinformation is traveling on social media platforms?” Psaki asked. “That feels unlikely to me. If you have the data to back that up, I’m happy to discuss it.”

Psaki said it’s up to the individual companies to police their platforms as they see fit, noting at another point during the briefing that efforts to date in combating misinformation were “clearly not” sufficient. She also stated that the White House has not tried to contact users directly about their posts.

“That is not the federal government doing that,” she said.

A recent surge in Covid-19 cases due to the delta variant is reigniting discussion on return-to-work across the country. With...

Which behaviors in our organization need to change? Shutterstock The reasons for simplifying how you do business are compelling: Higher...

Striking building workers raise their fists in salute during a rally in the Bois de Vincennes, ... [+] Paris, 13th...

MCNAB/BRAESIDE, ONT. -- It's a boost to the local economy in the Ottawa Valley. On Friday, it was announced that...