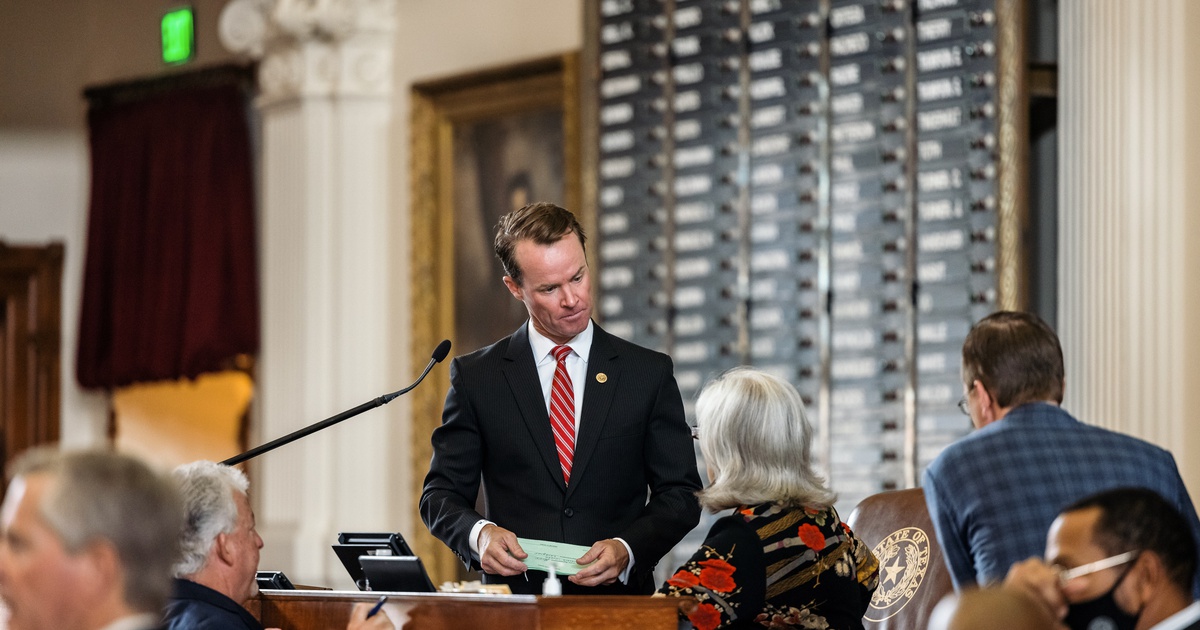 Sign up for The Brief, our daily newsletter that keeps readers up to speed on the most essential Texas news.

The push to bring fugitive Texas Democrats back to Austin could be reaching new heights.

House Speaker Dade Phelan said Thursday that he will charter a plane Saturday from Washington, D.C., to Austin to retrieve the Democrats who fled to the nation’s capital to avoid voting on an elections bill that they say would restrict voting rights.

“I am demanding all of our colleagues in D.C. to contact my staff immediately in order to secure their seat on the plane and return to Austin in order to do the state’s business,” Phelan, a Beaumont Republican, said in a statement. “The State of Texas is waiting.”

The decamped Democrats, however, said they won’t be riding.

“The Speaker should save his money. We won’t be needing a plane anytime soon as our work to save democracy from Trump Republicans is just getting started,” they said in a shared statement. “We’re not going anywhere and suggest instead the speaker end this charade of a session, which is nothing more than a monthlong campaign for Gov. Abbott’s re-election. The speaker should adjourn the House Sine Die.”

The plane will be on standby at Dulles International Airport, and Phelan’s team said his political campaign, not taxpayers, will pay for the flight. Phelan, however, can’t force the Democrats to get on the plane.

Earlier this week, Republicans voted overwhelmingly to send law enforcement to track down and arrest the Democrats, but Texas law enforcement doesn’t have jurisdiction outside of the state.

Phelan’s announcement is the latest in an extraordinary week in Texas politics, which saw more than 51 House Democrats flee the state on their own chartered planes and bring proceedings in the chamber to a halt. Democrats have said they are fighting to protect voting rights and have decamped to Washington to urge Congress to pass new voting rights legislation that would preempt states from passing restrictive legislation.

Republicans have said Democrats are walking off the job and neglecting their duty to debate the issues at the Capitol and pass legislation.

But Democrats, who have pledged to stay away from Austin until the end of the special session on Aug. 6, have shown no signs of budging and have continued to take meetings with federal elected officials including Vice President Kamala Harris and West Virginia Sen. Joe Manchin.

It’s unclear how many Democrats will take up Phelan’s offer to fly home on Saturday.

The tension between the two parties is increasing the longer the Democrats stay away. On Thursday morning, Phelan stripped El Paso Democrat Joe Moody, one of his closest Democratic allies, of his title as House speaker pro tem.

A storm that rolled through Green Valley and Sahuarita late Thursday left dozens of downed power poles and trees, flooding,...