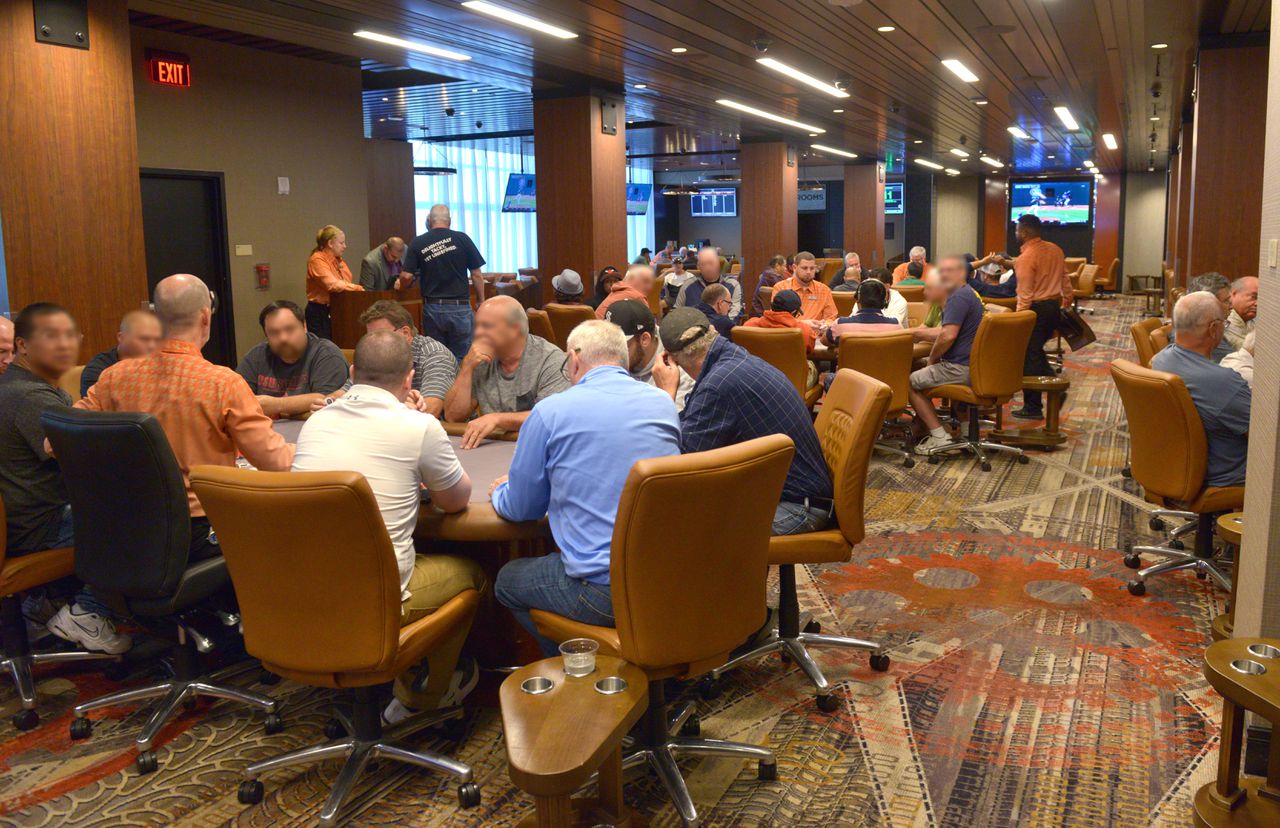 SPRINGFIELD — Massachusetts’ three casinos brought in a combined $84 million in gross gambling revenue last month, but none of it was from poker.

The Massachusetts Gaming Commission released Thursday the most recent revenue figures from MGM Springfield, Encore Boston Harbor and Plainridge Park. The report followed an hour-long meeting where regulators said MGM and Encore have not reinstated poker as they reopen from pandemic shutdowns, and show no hurry to do so.

There never was poker at Plainridge, which is a slots-only casino attached to a horse racing track.

Encore and MGM say on their websites that they will revisit poker by the end of 2021.

Bruce Band, deputy director of investigations and enforcement at the Gaming Commission, said there have been a lot of requests for poker. But casinos are mindful of the profit potential versus money they could make with other gambling offerings in that space.

“I think both of them are actually waiting to see what happens with sports betting and space and forging ahead,” Band said. “It’s kind of a wait-and-see for both properties.”

June’s $84 million statewide total compared to gross gambling revenue of $86.68 million in May and $84.63 million in April, according to numbers released by the Gaming Commission.

MGM Springfield’s gross gambling revenue for June was $20.21 million, down from $21.25 million in May and $21.93 million in April. The results are in keeping with seasonal fluctuations in the casino business here. The gross gambling take in June 2019 was $19.95 million. MGM was closed a year ago in June 2020 due to the coronavirus.

The Gaming Commission also heard Thursday about an MGM program offering free lunch to workers in its company cafeteria in part as a thank-you and in part as a way to boost hiring as many businesses struggle to acquire employees.

Commissioners also received the latest periodic update from researchers investigating the impact of casino gambling in the state. Crime data from 2019 showed some categories of crime went up while other went down in and around Springfield, but there was no connection to MGM Springfield except for some instances of drunken driving.

“Crime fell like a rock during the COVID closures — less because of MGM’s closure specifically and more because of general societal changes during the period,” the report said. “In future analyses, it will become very difficult to untangle any MGM-specific influence from the changes brought by COVID and other societal factors.”