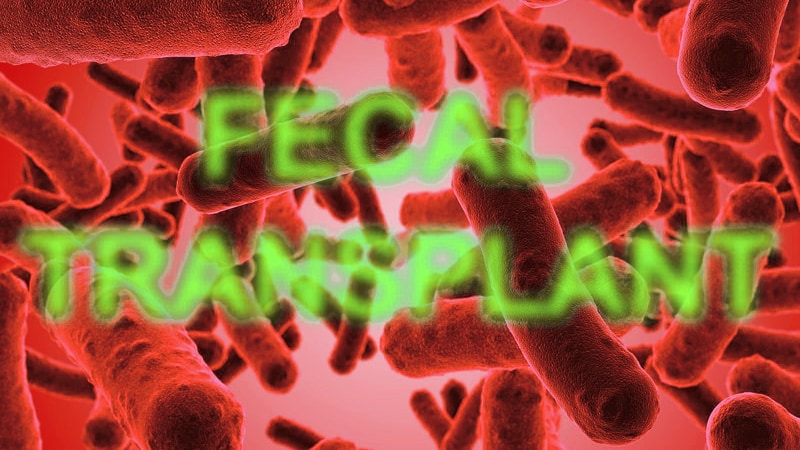 As use of fecal microbial transplantation evolves, new research shows that a noninvasive approach ― with an oral capsule formulation ― combined with fiber supplementation significantly improved insulin sensitivity among those with severe obesity and metabolic syndrome.

The findings by Madsen, of the Center of Excellence for Gastrointestinal Inflammation and Immunity Research, the University of Alberta Faculty of Medicine and Dentistry, Edmonton, Alberta, Canada, and colleagues were published this week in Nature Medicine.

“The potential for improving human health through the microbiome is immense,” Madsen said in a press statement from her institution. “We are only scratching the surface at the moment.”

The study importantly builds on earlier findings, says Amir Zarrinpar, MD, PhD, of the Division of Gastroenterology, University of California, San Diego, who was not involved in this work.

“I think it’s exciting that the study replicates previous findings [from a smaller study] showing that microbiome modulation with fecal microbial transplant led to a 6-week change in insulin sensitivity…and that these results can be replicated with oral fecal microbial transplant tablets with fiber supplementations, when a previous study using daily oral capsule administration did not find a significant difference” in metabolic outcomes in patients with obesity, he said.

Fecal transplants, which contain microbes from healthy stool donors, have been shown to provide substantial benefit in the treatment of Clostridium difficile infection using colonoscopy or, less commonly, a nasoduodenal tube for the transplant.

Interest has grown in the potential use of the approach for a wide array of other conditions believed to be influenced by the gut microbiome, and researchers are investigating noninvasive alternatives to deliver the fecal microbial material.

To examine this approach for patients with obesity/metabolic syndrome ― and to test the theory that fiber supplementation could further improve treatment response ― Madsen and her team recruited 61 patients who had metabolic syndrome (body mass index ≥40).

The patients were randomly assigned in a double-blind fashion to two groups. One group received a daily powder supplement containing a highly fermentable fiber, such as that found in beans. The other group received a similar low-fermentable fiber supplement ― essentially cellulose ― as is found in whole grains. The objective was to see whether the different fibers would have different effects.

Within each of the fiber supplementation groups, patients were further divided into two subgroups. One subgroup received either a single-dose regimen of 20 oral capsules of fecal transplantation material from healthy donors; the other received the same amount of capsules containing a placebo. The capsules had no taste or odor.

All groups had 17 patients, with the exception of the nonfermentable fiber/oral fecal transplantation group, which had 19.

For the primary outcome of change in insulin sensitivity from baseline to week 6, determined using the homeostatic model assessment (HOMA2-IR/IS), significant improvements were observed only among patients in the fecal microbial transplant–low fermentable fiber supplement group, with a mean improvement in HOMA2-IR score from 3.77 at baseline to 3.16 at 6 weeks (P = .02).

Importantly, the improvements were observed after adjusting for a host of factors, including diet and medications.

There were no differences between the groups with regard to secondary outcomes of fasting glucose or A1c level at 6 weeks. A follow-up at 12 weeks showed that the improvements in insulin sensitivity were not maintained if daily fiber intake was not continued.

The interventions were safe and were well tolerated, with no treatment-related serious adverse events.

“The interesting findings were that we were able to improve the subject’s metabolic health even when they were on the gold standard of available therapy,” Madsen said.

She speculated that the fiber supplementation may be key to the benefits by acting to counter the otherwise progressive loss of donor fecal microbial material.

“If you give a new microbe and you don’t feed it, [and] if you continue to eat a diet of processed foods and no fiber, then that microbe will likely die,” she explained.

Ultimately, “we need larger studies with more participants and more analyses of what is happening to the gut microbiome to better understanding how fecal microbial transplant can affect host physiology,” he concluded.

The authors and Zarrinpar have disclosed no relevant financial relationships.

With quarantine being extremely prevalent all around the world since last year, the prohibitions of working out have become less...

Anxiety disorders affect roughly one in four people during their lifetime. Fortunately, the Anxiety Disorders Association of Manitoba or ADAM...

Did you know the foods you choose can alter your mood? If you’re experiencing an increased or unusual amount of...

While a host of gospel greats got their start in the Meditation Singers, their rendition of the Rev. James Cleveland’s...
Best Vitamins for Hair, Skin, and Nails  Healthline