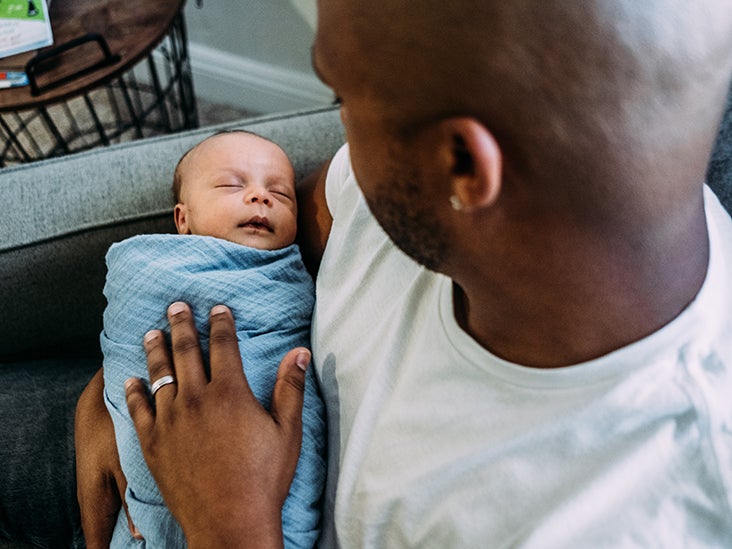 Baby seizures happen when an abnormal extra burst of electrical activity occurs between neurons, or brain cells, in a baby’s brain. These can happen for many reasons.

Causes may include brain injury, infection, and underlying health conditions, such as cerebral palsy. A baby’s risk of fever-related seizure is highest when they are younger than 18 months.

Sometimes, it is difficult for parents or caregivers to notice seizures in babies and young children, as they can be subtle. However, common signs include loss of consciousness and jerking of the arms and legs.

Read on to learn more about the signs and symptoms of a baby seizure and treatment.

The symptoms a baby experiences depend on the type of seizure they have.

These types of seizures are most common in the newborn period. However, these signs may resemble usual, everyday movements and may be difficult to spot. Symptoms of subtle seizures can include:

Tonic means muscle stiffness. When a baby experiences a tonic seizure, they may:

Clonic means twitching or jerking, so when a baby has a clonic seizure, they may display repeated, uncontrolled jerking muscle movements.

During this seizure, a parent or caregiver may notice the baby is clenching or twitching parts of its body, including:

This refers to a type of seizure that starts with stiffening (tonic phase) followed by jerking (clonic phase). Therefore, a person may observe symptoms of a tonic seizure followed by signs of a clonic seizure.

According to The National Institute of Neurological Disorders and Stroke, when a baby is having a seizure, it is crucial to keep them away from any hard objects to reduce the risk of injury. When the area is safe, roll them onto their side to prevent choking.

Do not put anything in the baby’s mouth or try to stop any mouth movements, such as tongue biting, as this can injure the baby.

Call 911, or take the baby to an emergency room if they are:

Seizures are the most common neurological emergency in the first 4 weeks of a baby’s life. As many as 1–5 babies per 1,000 experience a seizure. Some seizures only last a few minutes and occur once, leaving no lasting damage.

When a baby experiences frequent seizures, they must receive treatment to prevent brain damage. Brain damage occurs due to the frequent disruption of brain oxygen levels and excessive brain cell activity.

Sometimes, when babies show signs of a seizure, they are demonstrating healthy reflexes.

The Moro reflex, or startle, reflex is a healthy part of a baby’s development. If a baby hears a loud sound or senses a sudden movement, they may throw their head back and suddenly stiffen and extend their arms. Parents or caregivers should not worry when they notice this behavior. Babies tend to outgrow this reflex at .

The tonic neck reflex is a movement where a baby looks to the side with one arm extended and the other bent; it may look like they are imitating holding a sword or firing an arrow. This primitive reflex first develops in the womb and helps the baby coordinate their eyes and control fine movement. Babies may demonstrate this reflex up to .

However, while this reflex presents with signs such as eye-rolling, lip-smacking, and leg pedaling movements, these are normal movements, particularly in newborns. It is worth noting that this reflex does not present with characteristic features of a seizure, such as jerking or stiffening.

There are many causes of seizures in babies. Some may occur due to an event such as a head injury, while others could be symptoms of an infection or an underlying health condition.

Some causes of baby seizures include:

Viral encephalitis causes brain inflammation and seizures. Common viruses, such as the flu, can cause a baby’s temperature to rise, increasing their risk of a febrile seizure. Bacterial infections, in particular, Group B strep bacteria can meningitis in babies, which can present with seizures.

Learn about the differences between viral and bacterial infections here.

Sometimes babies that have a fever or high body temperature may develop a febrile seizure. They typically only last a few minutes and occur most often in young children, roughly between 6 months and 5 years.

Signs of a febrile seizure include:

When a baby has hydrocephalus, cerebrospinal fluid (CSF) applies pressure on the brain. It is a common condition and can also occur on its own in the womb. If a doctor uses forceps or vacuum extractors to help deliver the baby, this may injure the head and cause CSF to accumulate on the brain.

Other causes of baby seizures :

To find out what is causing the seizure, a doctor may run an electroencephalogram (EEG). This is a test that measures electrical activity in the brain. They may do this in the emergency room or as a separate appointment.

To prepare for the EEG, a doctor places metal discs on the baby’s head that detect and record their brain’s electrical impulses.

A baby may need several EEGs, so a doctor can see what their brain activity is like between seizures.

Some conditions that induce seizures may produce healthy EEG readings, so imaging tests, such as an MRI and CT scan, may be necessary to see if any structural changes or obstructions are causing seizures.

If necessary, doctors may control seizures in babies with anticonvulsant medication, including:

If the seizures are due to a lack of oxygen, doctors may administer hypothermic treatment. This procedure cools the baby’s brain and body to prevent brain damage. They may do this if a baby experiences difficulties during birth and is not able to breathe.

Some babies may need long-term treatment to prevent seizures from recurring. A doctor needs to know the exact cause of the seizures before prescribing an effective treatment plan. For example, treatment will differ if a baby has epilepsy or is recovering from meningitis.

Several types of seizures affect babies, including subtle, tonic, clonic, and febrile seizures. Some seizures are not serious and do not leave any lasting brain damage. Infection and injury are common causes of brain seizures.

Sometimes, underlying health conditions, such as cerebral palsy, can cause seizures that require long-term treatment. If a baby has a seizure and struggles to breathe or their symptoms last longer than 5 minutes, call 911 or take them to an emergency room.

A month after Dr. Robert C. Atkins' death, his much-ridiculed diet has received its most powerful scientific support yet: Two...

Share on PinterestA new study found more college students are reporting higher levels of anxiety and burnout amid the ongoign...

U.S. President Joe Biden signs a proclamation on the anniversary of the Americans with Disabilities Act (ADA), as (L-R) artist...

In 1907 German psychiatrist Alois Alzheimer published a case report of an unusual illness affecting the cerebral cortex. A 51-year-old...

Obesity discrimination in healthcare, or weight bias, refers to a wide range of discriminatory and harmful attitudes toward people deemed...