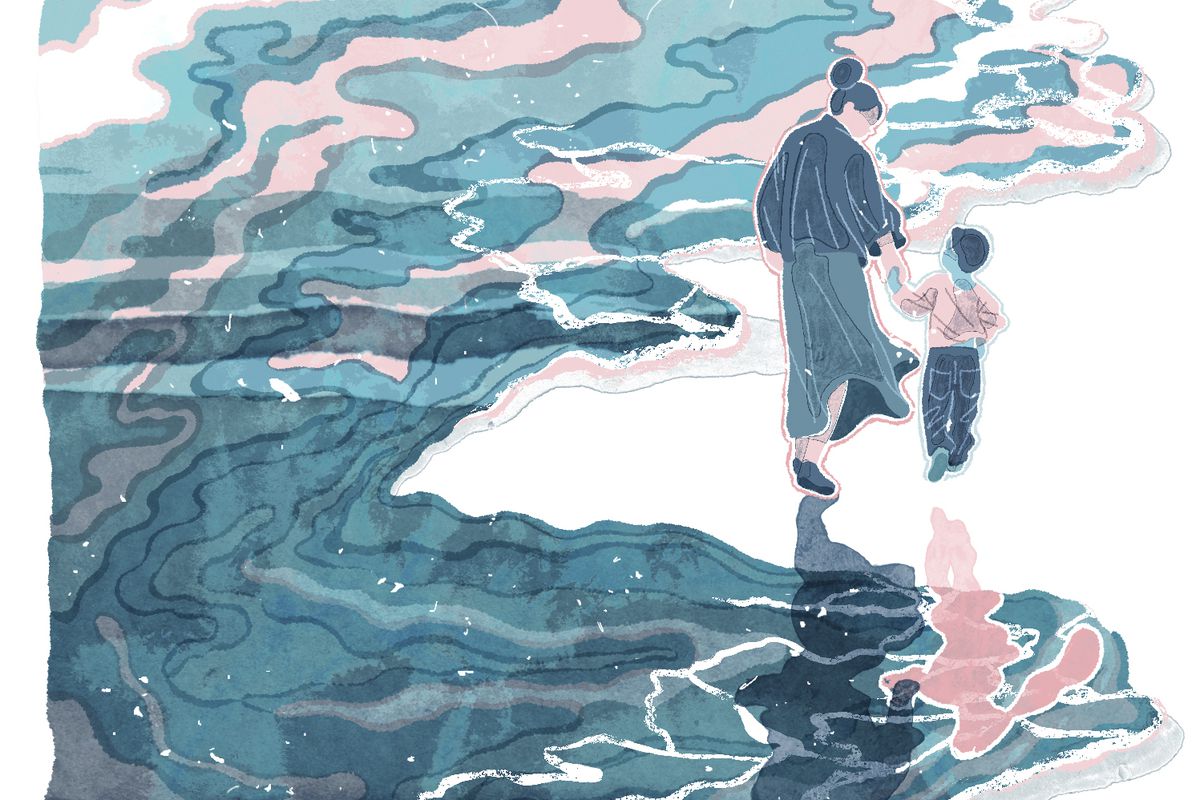 First Person is a daily personal piece submitted by readers. Have a story to tell? See our guidelines at tgam.ca/essayguide.

My daughter told me she was a boy in March. She squirmed as she pushed the hair in and out of her eyes, pulling thick strands taut. I sat down hard, not surprised, but also not ready. Holding her close, I asked what pronoun to use and wordlessly said goodbye to my daughter.

And that is how I met my son.

He stood taller when I said that no matter what, he was the same person I have always loved. He cried in relief alternating between gasps and giggles as I silently processed, hoping that the terror was not showing in my eyes.

His sister and their best friend stood by smiling and making jokes. We laughed a lot that afternoon. As I drove them home to their father’s, we joked about how their younger brother had always wanted a brother of his own and how happy he would be.

The next few days were a struggle as I careened between excitement, sadness, fear and optimism. The only constants were fierce, protective love and overpowering pride. I spent the week trying to articulate and accept the grief I was feeling, crying until my cheeks were raw and my tears burned.

It is the ghost of grief. It is an intangible loss, one that has equal measures of sadness and joy. There is no word for this. Our lives are shaped by beginnings and endings, and most of those have a name, a definition. Death, marriage, birth. This has no name; its very name is fog: transition.

I have moments of fear that take over. I worry about his safety and his relationships. I think about acceptance and remind myself that I live in a world of privilege while he is bravely entering his own world.

I remind myself that he is strong and knows what he wants. He announces loudly to the world that he is beautiful and he looks for ways to support others who may be struggling. He is trying to become a voice for his friends as they timidly test the strength of their own.

Why I risked life and limb to save a newborn squirrel

On bad days, I find myself scurrying around the house to keep busy. I will spy a cluttered corner and rapidly place order back into that spot. I inevitably find myself weeping over pictures that never had a chance to be framed, candid shots of a child clad in pink, smiling, tiny teeth dotting his grin. I know our next step will be to take the photos from the walls, leaving outlines that starkly frame our before and after. It brings comfort to know that those outlines will be replaced with memories that he can shine in.

Since he came out to me, he has come out to his entire family, occasionally struggling to define himself without having to continually defend his decisions. I face the onslaught of denial from some people, inserting myself as a wall between him and the fear of an older generation. Nothing quite defines a parent like the fierce protective stance we assume when our child faces a threat. Yet I know he is choosing a life where he must learn to defend himself. At least for now, as our world hovers between the unthinking acceptance of youth and the rocky defiance of age.

Some days I feel I am straddling the line. Filled with a doubt that prevents me from truly jumping in, I stumble over his new name, heaving heavy pauses into the air. I flinch as the wrong name, which has been fossilized in my bones, creeps out in moments of frustration and stress, knowing that my mistakes cause him to shrink. After his news came out, I found myself watching parents with their daughters, envious of the ease in which they appeared in their bodies, guilty the entire time. Yet most days I am filled with pride so strong I can feel it catch in my lungs.

I wonder how much of his childhood was a lie. With each personality he and his twin donned, he was taking a stand against the role he was given. We would dress him in gauzy pink dresses, put his thin baby hair into stubby pigtails and praise his beauty. Yet we did not know that he was calcifying. He began to retreat from me about a year ago and spent more and more time in the basement, lit only by the glare of the computer.

When people ask me if I am surprised, I stumble over my words and try to explain that he seemed so feminine. He would identify with princesses and flutter around the house, dressing the walls with painted hearts and rainbows. On the other hand, his younger brother burst forth on a wave of mud and aggression. But we begin defining our children by gender before birth, before we have even met the people our children will become.

It is amazing how quickly this has become our normal and how quickly we mould our language around our reality. He follows me with a water bottle and sprays me when I slip up and misgender him. There is a lot of laughter in our home. This defines a moment in our lives, rather than the totality of it. We are defined by the good we do in the world and our ability to be a voice for the silent.

He asked me to trim his hair tonight. We laughed as I awkwardly held the scissors at mathematical angles watching as uneven chunks floated to the floor. I was hesitant at first, then he kept asking for more and more to come off and my snips became measured and confident. Every day his new name is becoming etched into me, as his old name fades away, sounding rough on my tongue when I misstep.

We do not know what will come next as we learn the culture of our new world. I am wrapping my soul around him, trying to pad the hurt that might come, but excited for his future. I know he has obstacles in front of him, but I take solace in that he does not have to face them alone. My bad days are mostly distant.

Sign up for the weekly Parenting & Relationships newsletter for news and advice to help you be a better parent, partner, friend, family member or colleague.

IILLUSTRATION: Alyssa Marie Umbal / The Peak By: Sara Wong, Arts & Culture Editor As happy as I am to...

Essay writing is one of the most important sections of the UPSC's Civil Services main exam and it carries a...