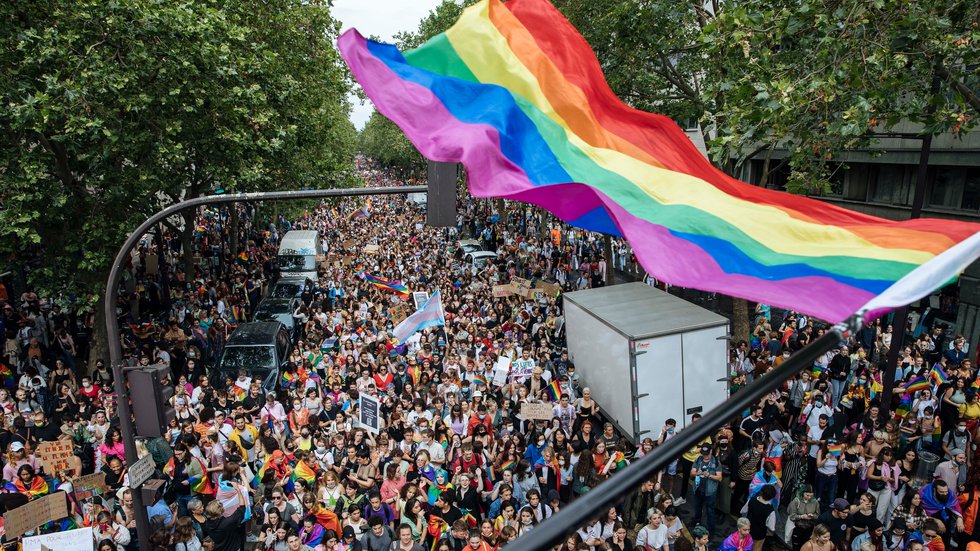 EAST LANSING, Mich. (WILX) – Being a part of the LGBTQ community has not only caused anxiety and depression for one Michigander, but it’s been shown to exist among the larger community after an MSU professor researched the mental health disparities among LBGTQ groups.

“I think a lot of people aren’t aware that the things they say and the things that they do have such a negative and lasting impact, especially our youth in the community,” said one transgender person, Amanda Tatara.

Amanda Tatara was born as a female but wanting to identify as a male has caused a lot of anxiety and fear in life.

“I’m more concerned about using the bathroom that is going to be safest for me, not necessarily that reflects my gender,” Tatara said.

In a recent study, MSU professor Hui Liu found that for gay and lesbian millennials, the likelihood of feeling anxious and depressed is almost 200 to 250 percent higher than that of straight peers.

“The younger generation, they don’t have the resources the coping skills of life experience to cope with the negative experience,” said Liu. “The social stigma towards the sexual and gender for all – the implications the theory can apply to the whole LGBTQ class community.”

“A lot of that internal experience and anxiety is tied very closely with our sexual orientation and gender identity,” Tatara said.

“When we talk about anxiety and depression I always think of all the kids really between the ages of 12-18 who have developed PTSD, have developed anxiety, depression, have died from suicide because lack of bathroom access, because of bullying at school because they are not allowed to access hormones because they can’t get the therapy they need and that’s leading to kids getting directly hurt and killed,” Tatara said.

“This is not just mental health but physical health, we see the consistent trend of increasing disparity,” Professor Liu said. “Trends show that we are not close even though we see some positive change, public opinion, social policy change but that’s not enough.”

The study found that for bisexual millennials they had 300 to 380 percent more of a chance of experiencing depression and anxiety than straight people, but for baby boomers they were only 100 to 150 percent more likely to have these mental health disparities.

Subscribe to our News 10 newsletter and receive the latest local news and weather straight to your email every morning.