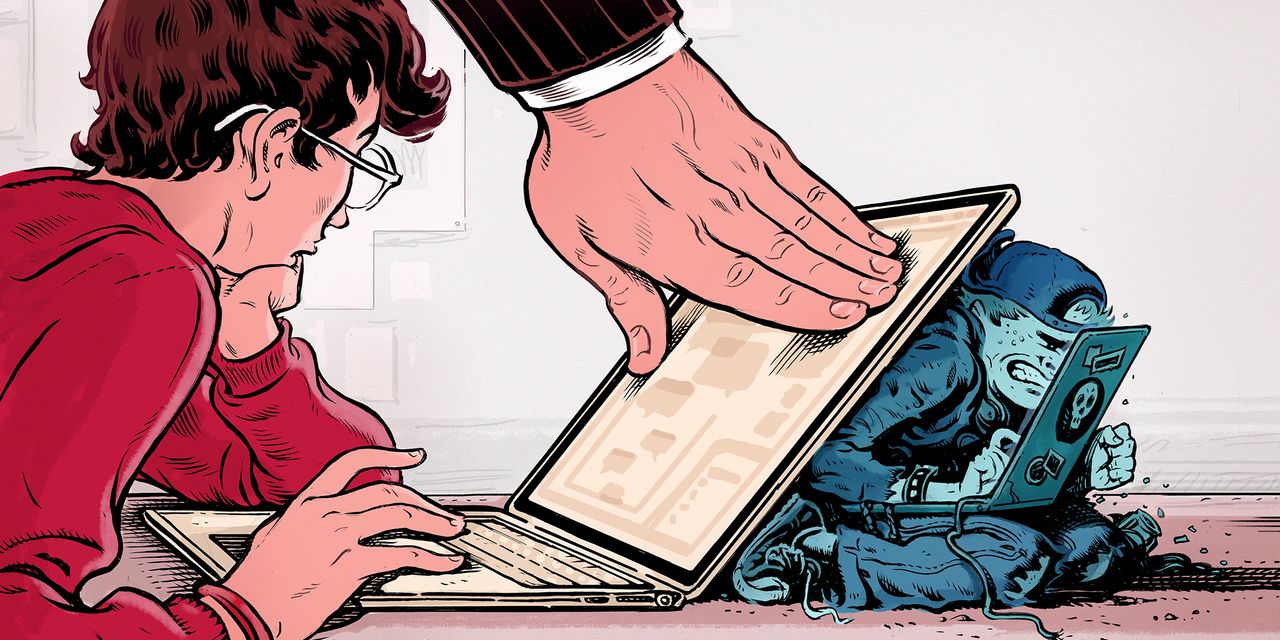 If you’re a victim of cyberbullying, you might be entitled to compensation.

Insurance tech startup Waffle in May began offering stand-alone cyberprotection policies underwritten by Chubb that include cyberbullying and other cyber risks such as identity theft or extortion. The policies are intended to help victims recover costs associated with cyberbullying, such as legal fees, mental health services, tutoring to cover missed school or relocation costs if bullying was so bad that a student had to move to a new school.

Personal cyber insurance is still a nascent category. Only about 10% of U.S. consumers who own Internet-connected devices said they have insurance to help them recover from a cyberattack, and 74% said they’re unwilling, or don’t know whether they’re willing, to pay more for cyber-risk coverage, according to a 2019 survey commissioned by the Insurance Information Institute, an industry trade group.

The question is: Do you really need it?

Specific damages from cyberbullying must be demonstrated for a policy to kick in. The bullying must lead to wrongful job termination in the case of an adult, false arrest, unfair discipline at school or an inability to attend work or school due to psychological injury, according to Patrick Thielen, a senior vice president at Chubb.

A common form of cyberbullying among kids is using social media accounts against someone. Kids often share social media or online gaming passwords with one another, according to digital safety experts and teens I’ve interviewed. Sometimes they do it so a friend can help them level-up in a game or maintain their Snapchat streak, an unbroken series of snaps sent back and forth between friends for consecutive days.

A bully—which can be a peer or an adult—who gets hold of a password can post offensive things from an account, getting the account holder in trouble. Or, a bully can create a fake account in someone’s name and post things that could get that person suspended from school or fired from a job.

Deep fakes, such as pasting a photo of a teen’s face on the body of someone else engaging in illegal or inappropriate behavior, can also be created to get someone in trouble.

Undoing the reputational harm caused by an account takeover or deep fake can require hiring a lawyer and a digital forensics expert to prove it wasn’t the victim who posted the content. The psychological effects of bullying can require mental health treatment. In extreme cases, some kids have killed themselves due to cyberbullying, according to news reports.

If a mental health professional determines a victim to be at risk of suicide, and prescribes psychiatric or other services, those would be covered by the policy, according to Chubb’s Mr. Thielen. Funeral expenses wouldn’t be covered, he said.

“As the threat landscape moves from attacking businesses to attacking individuals and families, I think it makes sense to have this kind of insurance,” said Jack Koziol, CEO of Infosec, a cybersecurity education firm. He said he has a cyber-risk policy for his own family that includes cyberbullying protection.

Some digital-safety experts argue that cyberbullying insurance is superfluous and could cover things already covered by other types of insurance: Mental-health services that might be needed likely would be covered under a family’s health-insurance plan.  And since most banks and credit-card companies are pretty good about reimbursing account holders for fraudulent activity, paying for financial fraud protection might be an unnecessary expense.

“Insurance doesn’t solve the problem of cyberbullying. Our time and energy should go toward remedies on the front end,” said Diana Graber, who teaches digital literacy to students and families. (See below for ways to prevent cyberbullying.)

Premiums and coverage amounts for cyber-risk policies vary, but for a monthly premium of about $5, families can get coverage of up to $10,000 under Chubb’s cyberprotection plan, while a monthly premium of about $20 can get families coverage of up to $100,000. Chubb declined to say how many cyber policies it has sold, or how many claims have been filed. In addition to Waffle and Chubb, there are a few other insurance companies that offer cyberbullying protection, including New England insurer Arbella and global insurer AIG.

What if your child is the bully? Some homeowners and umbrella policies include personal-injury protection that could cover a parent’s legal expenses if they are held liable for their child’s actions. It’s best to check with your insurance agent to understand exactly what coverage is included in your policy.

Some homeowners policies can include endorsements, or add-ons, that provide protection for victims of cyberattacks, but they don’t cover cyberbullying. State Farm offers them for cyberattacks, identity restoration and fraud loss on its homeowners policies, but bullying protection isn’t included. Allstate doesn’t offer cyberbullying insurance either, nor does it plan to, according to Jeff Wright, Allstate’s chief information security officer. Allstate offers a free cybersafety course for schools, which includes lessons on cyberbullying.

“It’s a very fragmented space if you provide coverage for each type of bad thing that can happen,” Mr. Wright said. “My money is more on knowledge and prevention.”

What you can do

There are ways to safeguard social media and online gaming accounts to prevent identity theft and account takeovers, as well as ways to handle online bullying before it becomes a bigger problem. Here’s some advice from experts.

Teach good digital citizenship. As soon as your child has an internet-connected device, it’s time to begin talking to them about behaving online the same way they’re expected to behave in person.

Report bad actors. Experts say children should report any ongoing online harassment to a trusted adult and collect evidence by taking screenshots. It’s a good idea for parents and kids to read the terms of service for any social media app or online game they have so that they know what’s considered unacceptable behavior on the platform and the mechanisms for reporting it.

Kids should learn to unfollow or block people who are bullying them, but Sue Scheff, author of “Shame Nation: The Global Epidemic of Online Hate,” cautions that blocking someone will only prevent a child from seeing what the bully is posting on their account. Ms. Scheff, who won a defamation suit against someone who harassed her online, said she maintains secondary accounts so she can monitor what others say about her online, and she advises parents to do that for their children if they’ve been bullied.

Manage passwords. Kids should avoid sharing passwords to their accounts, even with trusted friends. “Treat your password like a toothbrush: don’t share it, and change it often,” said Infosec’s Mr. Koziol.

Have you ever dealt with cyberbullying? What steps, if any, have you taken to protect your family from online harassment? Join the conversation below.

Parents can use a password manager to keep track of passwords and access their kids’ accounts, if needed. Password managers can generate strong passwords that are difficult to hack. My colleague Nicole Nguyen recommends 1Password and explains the pros and cons of others in this column.

Mr. Koziol suggests changing passwords twice a year and enabling two-factor authentication, or 2FA, on accounts, which requires an extra code to be entered before logging in.

Keep tech up-to-date. It may be annoying to have to run updates on all of your devices, but it’s important. Software updates include important security patches to keep hackers out.

—For more Family & Tech columns, advice and answers to your most pressing family-related technology questions, sign up for my weekly newsletter.

Write to Julie Jargon at julie.jargon@wsj.com

Like most other states, car insurance in Arkansas is a legal requirement if you own a registered vehicle. It does...

Obviously, not having any coverage is the biggest car insurance mistake you can make. Also, buying the first insurance policy...

The average cost of car insurance in the U.S. is $1,674 for full coverage. Fargo drivers, though, can expect to...