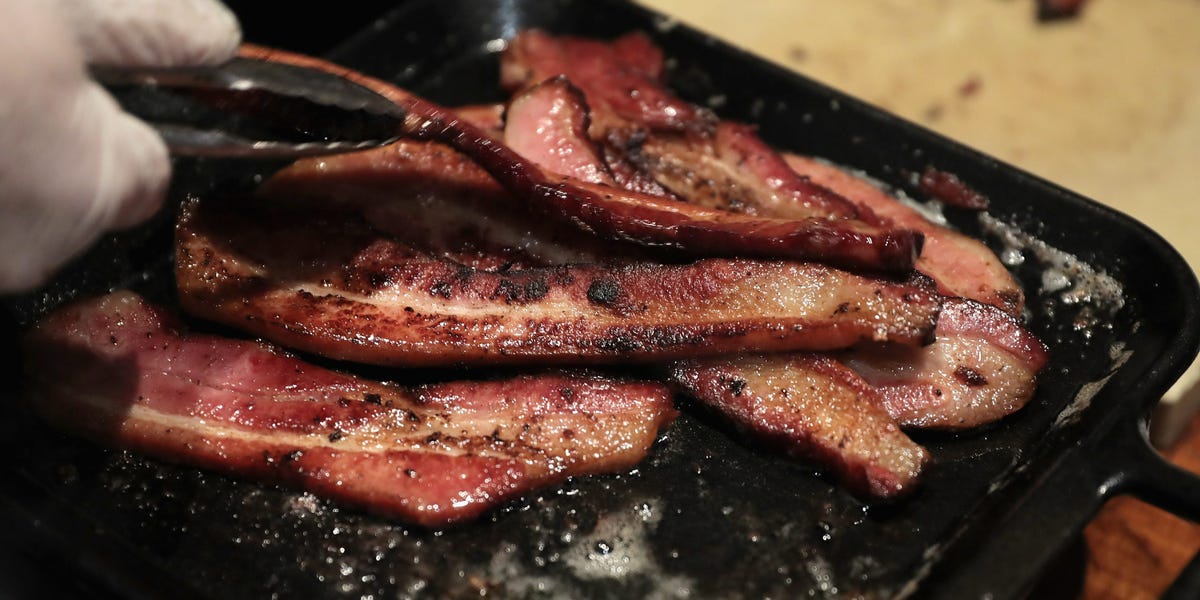 The high-fat, low-carb ketogenic diet has skyrocketed in popularity in the past several years, with advocates claiming it can boost weight loss, energy, and overall health.

But the keto trend has gone too far, according to Dave Asprey, CEO of the health and performance company Bulletproof.

An early advocate of the keto diet, Asprey popularized what he calls Bulletproof Coffee, a blend of coffee, butter, and MCT oil that can help people on a low-carb diet stay energized and avoid cravings.

Now he says keto proponents over-emphasize cutting carbs, at the expense of other important factors in dietary health, such as food quality, eating patterns, and moderation.

“Carbs matter,” he told Insider. “People like to simplify — now we have the keto trap.”

While keto can be a useful tool, Asprey said it’s best to still include some carbs in your diet, focus on eating high-quality, nutrient-dense foods. He also makes a case that other diets offer health benefits without the side effects of keto — such as intermittent fasting, Asprey argues in his new book “Fast This Way.”

Asprey was previously an enthusiastic keto advocate, but found the diet had major limitations

As an advocate for the low-carb diet in the early 2000s, Asprey personally experienced the enthusiasm for keto that currently runs rampant in popular diet culture.

“I can take some responsibility for that. I went through a phase where I was too keto,” Asprey said.

He initially lost 50 pounds in three months on a keto diet, which felt “like magic” after trying and failing to lose weight by other methods.

Read more: A nutrition journalist dieted his whole life and still gained weight. Then he tried the keto diet, and ‘it was like a switch being flipped.’

However, while there is evidence that keto can be effective in some contexts, such as treating diabetes. studies are still mixed on whether keto is really best for weight loss.

Asprey said the main problem with the modern keto diet (and its precursor, the Atkins diet) is that it focuses too much on fat versus carbs.

That means low-carb diets can rely on plenty of foods that we know aren’t healthy, included highly-processed meats, cheeses, and snacks, and even some fast food. In this school of thought, known as “dirty keto,” any food is allowed as long as it’s low in carbs.  Asprey said that while it can work for weight loss in the short-term, it’s risky for long-term health.

“The idea becomes that it’s if its not sugar or carbs, it’s OK to eat and that’s not true. Don’t be keto with pork rinds and cream cheese,” Asprey said.

How to avoid the ‘keto trap’

Asprey isn’t the only one concerned with keto’s popularity.

Low-carb diets are routinely critiques by dietitians, who caution that it relies too heavily on saturated fat, which is linked to increased risk of cardiovascular illness. Experts also warn that avoiding carbs can limit your intake of important plant-based nutrients, including dietary fiber.

For a healthy keto diet, Asprey recommends sticking to high-quality fats such as avocado oil and butter from grass-fed cows, balanced with good protein sources such as fatty fish, eggs, and grass-fed meats.

Then, don’t neglect your vegetables, even on a keto diet — broccoli, zucchini, cabbage, avocado, and celery are low-carb and very nutrient-dense.

But your eating patterns are almost as important as what you eat, according to Asprey.

Many of the benefits of a keto diet are linked to ketosis, the metabolic state where your body burns fat for fuel instead of carbohydrates.

Ketosis can sometimes have side effects, however, such as raising your level of cortisol, the stress hormone. That’s particularly true for longer periods of fasting or very-low-carb diets without enough time to adapt.

“If you force it, if you do fasting wrong, it can break you. The stress response can break your endocrine system,” Dr. Mark Cucuzzella, a professor at the West Virginia University School of Medicine who has published several studies on keto and diabetes, previously told Insider.

That’s why Asprey advocates using it sparingly, and fasting only intermittently, to avoid inadvertent risks from dietary extremes.

“Carbs matter. People are missing out. Moderation and cycling are important, and that’s what we’ve lost,” he said.