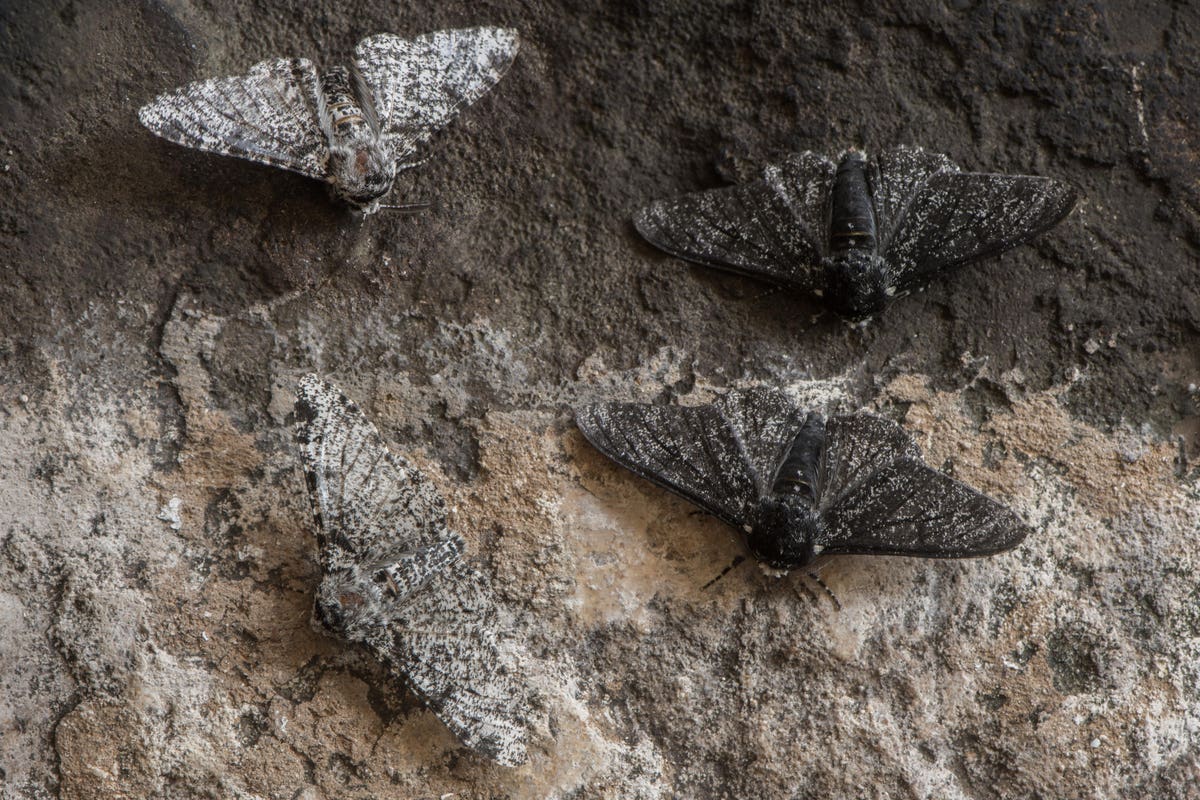 Do kids learn best from hands-on activities and content that relates to their own experience, as most educators believe? A new study suggests they learn more when teachers tell stories and use examples that are remote from students’ lives.

The study, done in the U.K., examines methods of teaching 10- and 11-year-olds about evolution. About 2500 students were involved in the randomized controlled trial, and all got four lessons on evolution: one on variation in inherited traits; one on natural selection; one on geological time; and one on the development of different species from a common ancestor.

The students all got the same first and third lessons. But for natural selection, some got a hands-on activity about peppered moths. Each group got some white “moths” and some that were speckled black and white. Kids took turns pretending they were bird predators and trying to find and catch the moths against two different backgrounds, one white and one made of newspaper. Then they calculated how many of each kind of moth had been caught against each background.

Other students learned about natural selection through a story delivered by the teacher using PowerPoint. The story explained that before the Industrial Revolution, most speckled moths were pale and able to use trees and lichens as camouflage to elude predators. But as pollution from factories caused tree bark to darken, blacker moths blended in better, and they became more common. In the late 20th century, as environmental measures led to a decrease in pollution—and to lighter bark—pale moths once again become more prevalent.

For the final lesson, both groups investigated common ancestry by studying examples and then making models. But one group did that by identifying limbs with five digits in a range of mammals and creating a human forelimb much like their own. The other studied and created trilobites, an extinct species known only through fossils.

The researchers found that all students gained a better understanding of evolution, regardless of which lessons they’d been exposed to. But they also found that the students who got a combination of the peppered-moth story and trilobite modeling learned the most, although the difference was not statistically significant.

That was a surprise, according to a press release. “We expected that pupils would be more engaged with an activity rather than listening to a story,” said Professor Laurence Hurst, director of the Milner Centre for Evolution at the University of Bath, “and that children would identify more strongly with the human-based examples of evolution than the somewhat abstract example of trilobites, but in fact the opposite was true.”

When the peppered-moth lesson is viewed in isolation—rather than as part of the combination of lesson types—the results are more striking. The story about natural selection was “highly significantly better” than the moth-hunting activity in furthering students’ understanding, Hurst said in an email. (This wasn’t the case when researchers tried to replicate the experiment, Hurst added, but that was due to a technical problem with randomization.)

Most teachers would probably have predicted, like the researchers, that the moth-hunting activity would work best. Education orthodoxy holds that engagement is the key to learning, and hands-on activities appear to engage students more. It’s also generally assumed that kids will be more engaged with examples that relate to themselves—or their forelimbs. But, as the researchers observed, “the trilobite activity engaged the students in no small part because it wasn’t human: teachers spoke of the students being engaged with the fossils and fascinated by them in part because of their strangeness” (emphasis added).

Teachers involved in the study weren’t always able to tell which approach was more effective. They were enthusiastic about the moth-hunting activity, even though it took more time than expected, and believed it boosted students’ learning. “They saw the concept very clearly,” one said. Another commented, “I think the fact that they’d done it practically really helped kind of embed the understanding.” Fewer teachers commented on the PowerPoint story, and while some felt their students had benefited, one said it was too abstract: “They have to have very, very visual stuff or hands-on things.”

The researchers weren’t sure how to explain the superiority of the storytelling approach, but findings by scientists who have studied the learning process might shed some light. Here are some key points:

·        Explicit instruction works best unless learners already have quite a bit of information about the topic. Maybe the moth-hunting activity could have effectively reinforced what kids learned from the PowerPoint presentation, but it wasn’t the best way of introducing them to the concept of natural selection.

·        Hands-on activities require kids to juggle many things at once, and they may not remember the important stuff. When kids are being organized into groups, trying to use forceps as bird “beaks,” counting up the moths that are “eaten,” etc., they may not have the cognitive capacity to focus on the point of the lesson. And they may remember how much fun they had hunting moths but not much about natural selection.

·        The human mind is programmed to respond to narrative. It’s easier to understand and retain stories that have a beginning, middle, and end, and contain elements like conflict. That means true stories like the one about peppered moths can be a highly effective way of getting students to understand and retain information about subjects like science and history.

·        Writing about what you’ve learned, in a manageable way, helps embed information in long-term memory. After the PowerPoint, students were asked to explain what they had learned in writing, and less able writers got more guidance and support. (They were given keywords to use and an initial paragraph with some blanks to fill in; then they wrote a second paragraph using the initial one as a template.)

As the researchers noted, their findings don’t mean that student engagement is unimportant—just that educators’ expectations about what will engage students aren’t always accurate. And the fact that students are more visibly engaged, as they were during the moth-hunting activity, doesn’t mean they’re learning more.

There’s a place for hands-on learning—and in the study even the students who learned about peppered moths by listening to a story got plenty of it (the lesson on geological time involved unrolling 200 squares of toilet paper to create a time line). But teachers are often told during their training that facilitating group work, hands-on activities, or classroom projects is an inherently more effective approach than standing at the front of the room and explaining a concept—or reading a story that explains it. As this study demonstrates, that’s not always the case.

Editorial Team
24 January 2022
The number of students learning remotely has more than tripled since the winter break at the Upper Canada District School...

Editorial Team
23 January 2022
Teachers in training are learning how to work differently, now that it looks like remote classrooms will be sticking around...

Editorial Team
23 January 2022
You will find many online writing companies in the UK, but not all of them will write good essays and...

Editorial Team
21 January 2022
Article content More than 1,000 Algoma District School Board students are learning at home for a little while longer after...

Editorial Team
21 January 2022
Article content More than 1,000 Algoma District School Board students are learning at home for a little while longer after...

Editorial Team
20 January 2022
Post-secondary students at two Ottawa universities can expect a return to in-person learning in the coming weeks. While both the...