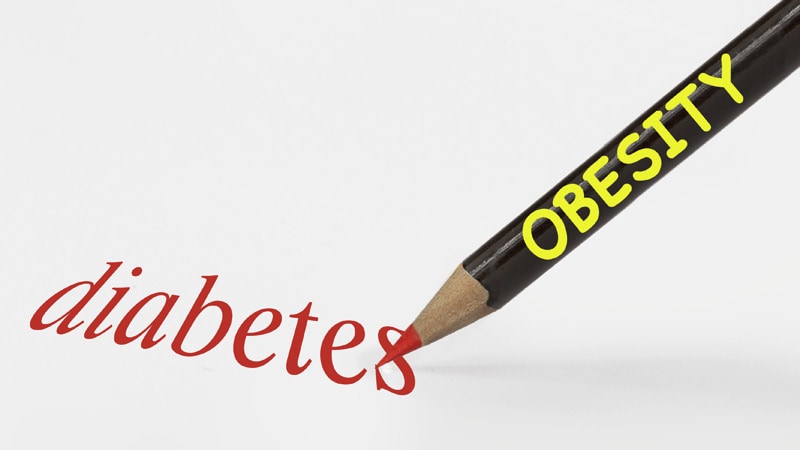 Preliminary findings from the study of 75 patients treated for 48 weeks — in which neither group ate less despite intensive nutrition advice — were presented at Obesity Week in 2019.

As reported then, Lee M. Kaplan, MD, PhD, noted that the 6.5% weight loss in the bimagrumab group was similar to that seen with antiobesity medications that suppress appetite.

“What it suggests,” he told Medscape Medical News, “is that there may be a completely new mechanism at play here,” because patients receiving bimagrumab weren’t eating less but were losing the same amount of weight as reported for weight-loss drugs that work by decreasing appetite.

“Is this going to be the kind of complementary drug with a different mechanism that’s going to augment the effects of other drugs?” wondered Kaplan, director of the Obesity, Metabolism & Nutrition Institute at Massachusetts General Hospital in Boston, who has previously served as a scientific consultant to Novartis.

Asked about future plans for bimagrumab, a Novartis spokesperson told Medscape Medical News, “We are currently reviewing the program strategy and considering next steps.”

The US Food and Drug Administration (FDA) approval for lorcaserin (Belviq, Belviq XR, Eisai) for weight loss was rescinded on February 13, 2020, when a post-marketing trial revealed an increased occurrence of cancer, leaving four drugs approved for weight loss in the United States, plus several drugs in development, Heymsfield and colleagues write.

The current phase 2 trial was designed to determine the safety and efficacy of bimagrumab — which had originally been studied to see if it would increase lean muscle mass in people with sarcopenia — on total body fat mass and glycemic control in patients with type 2 diabetes and overweight or obesity.

Researchers enrolled 75 adults at eight sites in the United States and one in Wales, UK from 2017 to 2019.

Patients received an intravenous infusion of bimagrumab (10 mg/kg up to 1200 mg in 5% dextrose solution) or placebo (5% dextrose solution) every 4 weeks for 48 weeks. They met with a registered dietician at each monthly study visit and had a virtual check-in between visits.

Participants were advised to follow a diet that would cut 500 calories a day and encouraged to follow the American Diabetes Association walking program.

There were more women in the bimagrumab group than in the placebo group (62% vs 32%), but baseline BMI, total body fat mass, and A1c were similar in both groups.

Moreover, the reduction of abdominal visceral adipose tissue and waist circumference with bimagrumab “was nearly twice that observed in a recently published study of patients with type 2 diabetes treated with an intensive lifestyle program and the glucagon-like peptide 1 (GLP-1) agonist liraglutide,” they note.

This highlights “the importance of moving away from body weight as a primary efficacy marker of drugs to more metabolically relevant endpoints.”

The study was funded by Novartis. Heymsfield has reported receiving personal fees from Tanita and Medifast outside the submitted work. Disclosures for the other authors are listed in the article. Kaplan has reported previously serving as a scientific consultant to Novartis.