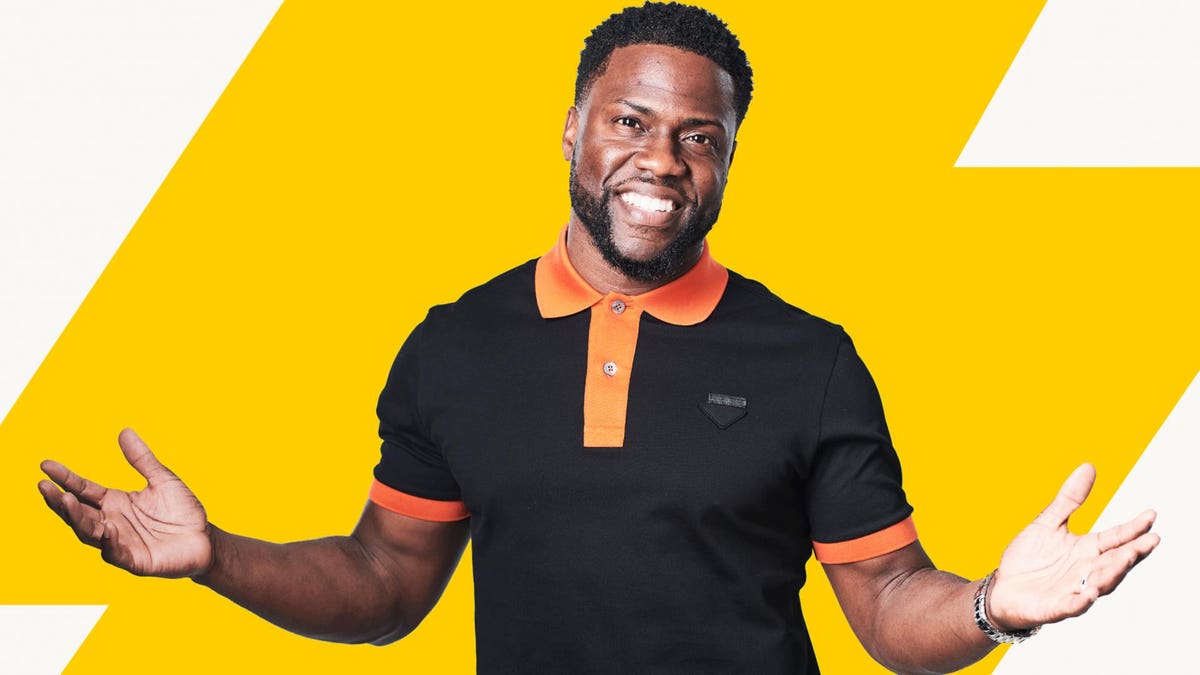 When you think of meditation, you think of soothing sounds and calm voices. If you’re a fan of the uber-popular Headspace app, you likely associate meditation with the might-as-well-be-a-Tibetian-gong-its-so-calming voice of founder Andy Puddicomb.

But Kevin Hart is here to remind you that breathing deep because you’re laughing hard is good for you as well.

I had the opportunity to chat with Kevin about the new partnership between LOL! Studios and Headspace. He’s excited about the opportunity “to be just myself and push the narrative of mindfulness while highlighting the platform.”

To that end, Kevin’s LOL! Studios is bringing its unique brand of comedy to Headspace.

First off is “Energy Shots with Kevin Hart.” If you’re a fan of “The Wake Up” (and if you’re not, you really should be), you’ll be treated to positive, inspirational, and, yes, funny messages from Kevin Hart. They focus on being good to yourself and taking steps to being more mindful. I especially appreciate the first clip that dropped on the app today in which Kevin talks about accepting his height. As someone who’s 5’5 in, I can relate. These are available to Headspace Plus subscribers and great way to start out your day, no matter how early.

“Getting up early gives me the opportunity to zen out.” said Kevin, an avowed early riser. “I’m up before the rest of the world. I’m doing stuff before anyone else does. I’m working on myself while other people are asleep. When others get up, I’m already four or five steps ahead. But it’s not about competing with others, it’s about being my best self.

If you’re a fan of working out with the Headspace app, you’ll want to check out the Mindful Cardio runs, also with Kevin Hart. These, I’m extremely excited about. Having caught the runs he narrated in the Nike Run Club app, I can confirm that he’s uniquely qualified to get you over whatever running slump you might be stuck in. There’s nothing like a good laugh to get you out of your head and forgetting about whatever discomfort you’re experiencing on your run.

Talking about his runs, Kevin said, “The goal was to find humor and put personality into a space where people have forgotten it can exist. Don’t hide stuff like feeling you need to go to the bathroom. Happens to me on every run. Instead you talk about it and you identify with it. It makes it all easier. You can find room and space to just enjoy and be OK in the moment. Working on yourself is a beautiful thing. Look at what your sweat can and should mean – it’s you working on you. Time, energy, and effort to work on you. Sweat equity.”

Rounding out the content push is the new “Meditate With Me” YouTube series where you come along with Kevin and other comedians from LOL! Studios like Tiffany Haddish, Hasan Minhaj, Amanda Seales, and Deon Cole and get a glimpse at their inner dialogue as they meditate.

After watching Kevin’s video, I was struck by how similar he and I are in that we both consider running to be a form of meditation. I was curious what his thoughts were about that and traditional meditation.

“My running is for sure going to be my go-to. Rowing too. I love my Hydrow. Other modes of mindfulness work for me as well. Having my eyes closed, turning off the music, shutting out the world. Thinking about what I’d like to do and being true to that.

I want to bring more awareness to something so strong and powerful, mindfulness. I want folks to understand that they can work on their mental state just like they’d work on the rest of their body. Your mind is extremely important. It’s a muscle that can improve like anything else.”

I asked if he thought this new content would help those who might be fearful or dismissive of meditation. “It’s not about being scared but a lack of understanding. It’s easier to be dismissive when you don’t understand something. Giving people insight and better info, that’s what this partnership is about.”

And it’s true. There’s a relatability to the “Meditate With Me” videos that demystify meditation. While they’re definitely funny, they also help break down the stereotype of the zen master, dressed in flowing white, perched on a hilltop. They show that all the weird, random thoughts that creep into your head while meditating are just as normal as finding inner peace. And they’re just as important to the process as anything else.

When asked if this was a one-time content push or if we’ll be seeing more of Kevin and LOL! Studios in the Headspace app in the future, he finished our call with this. “It’s a partnership and I’m looking forward to continuing it. We’re just getting started.”

You can find Kevin Hart’s new meditation content in the Headspace app, available on Android and iOS. Find out more about Headspace here.