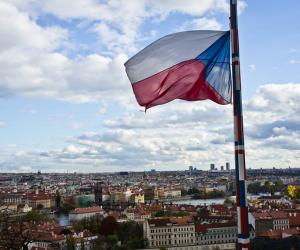 Czech Republic’s government has claimed a victory in a legal dispute with land-based operator Casino Kartáč Group, in relation to the operation of interactive video lottery terminals (VLTs).

Casino Kartáč had issued a claim for CZK1.41bn (£48.0m/€53.8m/$65.5m) in compensation for lost profit, alleging that the Ministry of Finance’s procedure for issuing permits for VLTs was incorrect.

Howver, during a hearing in District Court in Prague 1, legal representatives of the Office for Representation of the State in Property Matters (ÚZSVM) agued that the Ministry had acted in accordance with national law.

The District Court agreed with the ÚZSVM and dismissed the compensation claim from Casino Kartáč.

“The internal legal team did an excellent job again and has already defended many billions of crowns in the state in protracted lawsuits with this company,” Minister of Finance Alena Schillerová said.

“The courts have repeatedly ruled in our favour, which confirms our strong legal position. In addition, by managing these disputes without the involvement of external law firms, we save the state considerable financial resources.”

The ruling marks the government’s latest legal victory over Casino Kartáč, after the operator in September last year lost a separate compensation claim for CZK6.9bn over the legalisation of online roulette in the Czech Republic.

An initial judgment by the District Court for Prague 1 in December 2019 rejected Casino Kartáč’s assertion that it was due financial compensation for lost revenue, after a 2006 request for online roulette to be legalised was rejected.

Casino Kartáč appealed against the ruling, but this was dismissed by the Prague Municipal Court of Appeal.