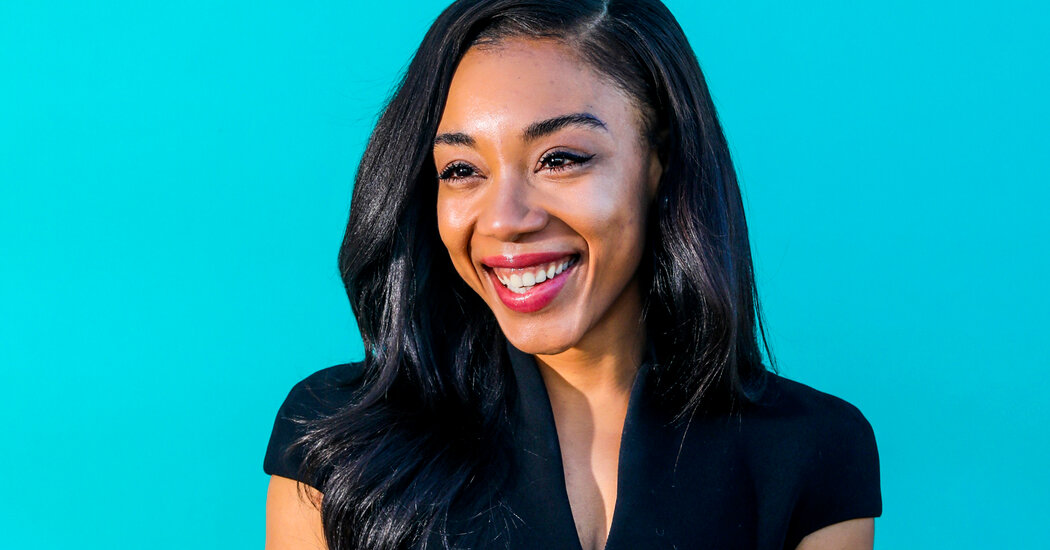 7 p.m.: A messenger arrives downstairs with fabric swatches for a wedding gown. I’m getting married next summer at Temple Emanu-El, whose congregation I just joined. It’s one of the oldest Reform Jewish congregations in North America. The architecture of the synagogue is dramatic, as is the interior of the Metropolitan Club, where we’re holding the reception. As am I, or so I’ve been told. The dress, therefore, has to be, as well. (I would describe it as both elegant and severe.) Fortunately, the designer is Zac Posen, whose family I’ve known a long time.

7:30 a.m.: Aaron Goldstein, my fiancé, and I try to take a walk together every morning, since we often don’t see each other for the rest of the day. Aaron works at a hedge fund, and to ensure we don’t exchange nonpublic information, he works from the office while I work from home. Today we stop for coffee at Black Star Bakery before heading to the East River Promenade.

10 a.m.: While starting off at a new job, one of my first items is reviewing the firm’s crisis management plan, which fortunately is already in great shape. At my old job, we would develop playbooks for companies to have on the shelf in case of a data breach, a #MeToo incident, diversity and inclusion issues, or anything else. Companies that don’t do this are, frankly, delusional. One of the beautiful things about the 21st century is that the public holds corporate America accountable. No matter how great your company is, humans make mistakes, and all you can do is be ready, stand on the right side of history and take action immediately.

4 p.m.: A FaceTime check-in with the moving company helping me and Aaron move to a new apartment downtown, which requires a little extra delicacy. When I graduated from college, I started organizing get-togethers that would bring young people together with artists, so they could start collecting away from the intimidating atmosphere of galleries and auction houses. I also started collecting myself, often because of a personal connection with an artist or a seller. My collection is a mixture of nonbinary artists such as Toyen and Leonor Fini, artists of color such as Robert Carter, or artwork featuring Black subjects, including a portrait of Josephine Baker that I bought in Paris when I was 15.

6:30 p.m.: A board meeting with the Harbor Science and Arts Charter School, one of the oldest charter schools in New York. Anthony Drexel Duke, the founder of Boys & Girls Harbor, was someone I’d known since I was a girl myself and my father was the school’s board chair. I’m there to provide a millennial perspective, a role I’ve gotten used to.

8 p.m.: Aaron walks through the door, and I try to give him at least an hour of undivided attention. However, my email is blowing up, and although I’ve been home all day, Aaron ends up cooking (please don’t judge) a killer filet au poivre from Ottomanelli Brothers, our neighborhood butcher.

5:30 a.m.: At my work-from-home standing desk, which my brother gave me for Christmas, I wake up and fire off 15 emails composed in my head last night while tossing and turning. When I was in my 20s I didn’t seem to need sleep, but that’s not true anymore. Fortunately, lately I have excess energy compared with when I was consulting, when I would often have to drag myself to the computer in the morning. When you’re consulting, you rarely get to see the magic after issuing recommendations, whereas being in-house means being present for the life cycle of a project.