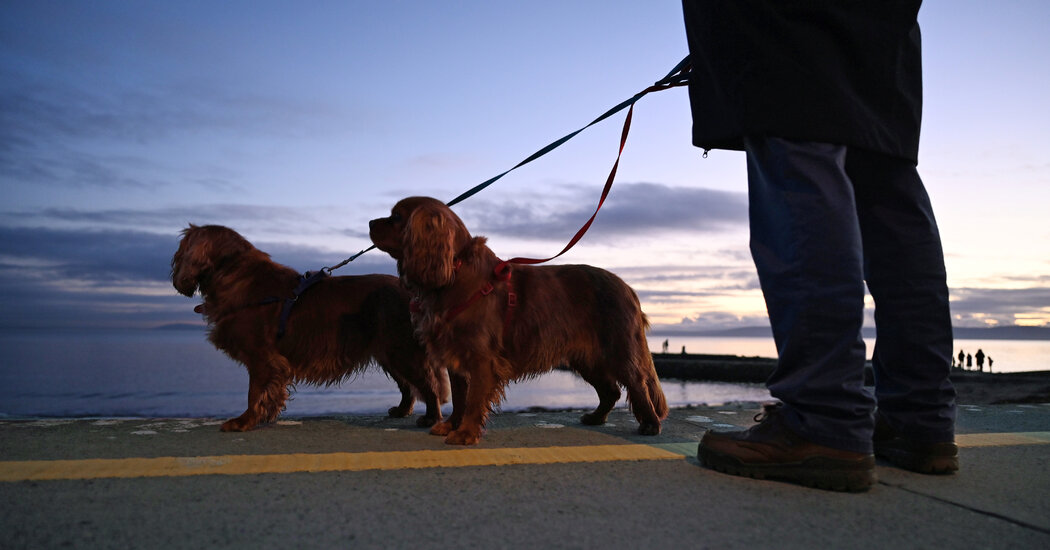 A pet food company is recalling several types of its Sportmix-brand dry foods for dogs and cats after 28 dogs died and eight others fell ill, possibly from ingesting fatal levels of a toxin that is produced by mold.

The company, Midwestern Pet Foods Inc. of Evansville, Ind., announced the voluntary recall on Wednesday of some of its Sportmix products distributed nationally online and in retail stores after tests showed that levels of the toxin, aflatoxin, exceeded acceptable limits.

Aflatoxin is produced by the mold Aspergillus flavus, which can grow on corn and grains that are used as ingredients in pet food, the F.D.A. said. At high levels, the toxin can cause pets to become ill or die, or cause liver damage without symptoms, the department said. The toxin, it said, can still be present even if there is no visible mold.

“Pets are highly susceptible to aflatoxin poisoning because, unlike people, who eat a varied diet, pets generally eat the same food continuously over extended periods of time,” the F.D.A. said. “If a pet’s food contains aflatoxin, the toxin could accumulate in the pet’s system as they continue to eat the same food.”

Midwestern Pet Foods responded to a request for comment on Thursday by referring to the company’s announcement of the recall, which had been shared by the F.D.A.

There were no reported illnesses in cats or people as of Wednesday. The F.D.A. said that it was “conducting follow-up activities at the manufacturing facility” where the food is produced, and warned that case counts and the scope of the recall may grow. Veterinarians were encouraged to report any new cases, especially those that were confirmed through diagnostic testing.

Pets with aflatoxin poisoning may have symptoms including sluggishness, loss of appetite, vomiting, diarrhea or jaundice — a yellow tint in the eyes, gums or skin because of liver damage. People whose pets have been eating the recalled food should stop feeding it to them and contact a veterinarian, especially if their pets have symptoms of the illness, the F.D.A. said.

There is no evidence that pet owners who handle food with aflatoxin are at risk of poisoning, but the F.D.A. suggested that they wash their hands after handling their pet’s food.

Editorial Team
28 January 2022
Dear Editor: Getting veterinary care for our dogs and cats could soon become much easier and more affordable in Florida, with...

Editorial Team
25 January 2022
A home purchase is often one of the largest financial decisions a household can make. As dogs, cats, and other...