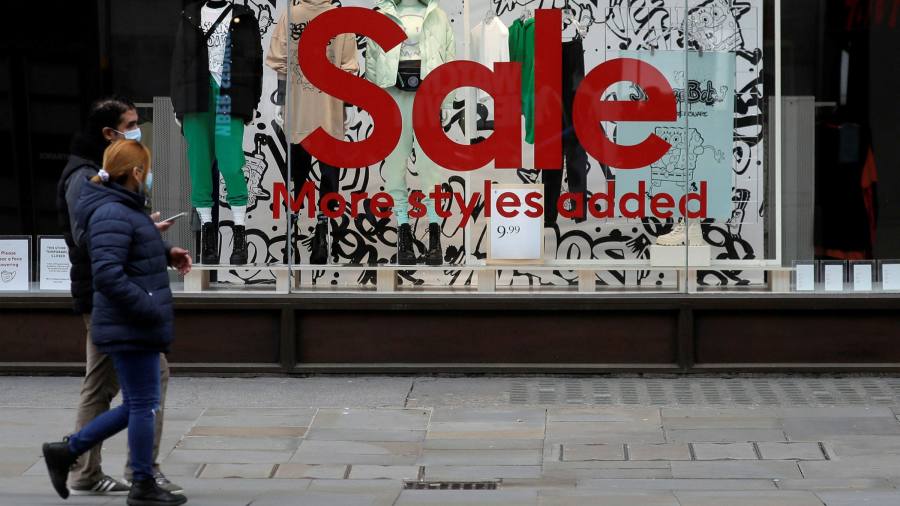 Stormy weather and tough Covid restrictions have taken a heavy toll on Boxing Day sales at a normally busy time for the UK high street as customers stuck at home turned to online shopping.

Footfall across all British shopping destinations on Boxing Day morning was down 60 per cent on last year’s levels, data from the retail insight company Springboard showed, as towns already under varying levels of restrictions owing to the pandemic were battered by Storm Bella.

Traffic in retail parks was down 54 per cent year on year, while footfall in shopping centres plunged 65 per cent.

In London, where non-essential retailers have been closed under government restrictions since December 19, shops were shut for the first time in a century, according to the New West End Company, which represents more than 600 retail and leisure businesses in the centre of the capital.

The association estimated that the pandemic has cost businesses in London’s Mayfair, Oxford Street, Bond Street and Regent Street areas, home to many major retailers’ flagship stores, about £2bn in lost sales over the Christmas period.

Footfall was down almost 90 per cent in central London on Boxing Day morning, Springboard said, where visitor numbers in the West End on the same day last year had been around 800,000.

“The West End’s businesses have demonstrated immense resilience, but if they are to survive into next year, they need reassurance and support in bridging the gap until sales can resume,” said Jace Tyrrell, chief executive at New West End Company.

The trade body is calling for an extension of the business rates holiday until April 2022, the reversal of a decision to abolish tax-free shopping for international travellers after Brexit and a freeze on business taxes while the current restrictions are in place.

Boxing Day has been losing its status as a key trading date for retailers in recent years as increasing numbers of consumers stay at home to shop online — a trend vastly accelerated by the pandemic. In 2019, footfall during the period between Christmas and the new year was down 4 per cent on 2018’s levels, with the number of shoppers on Boxing Day itself down 8.6 per cent.

UK shoppers were on track to spend about £2.7bn online in the post-Christmas sales this year, according to a survey by Barclaycard taken after the tier 4 level of restrictions came into force, with consumers expected to spend on average £84 more online than in stores.

The discovery of a more infectious strain of coronavirus in the UK, which has spread to several European countries, has dashed the hopes of many retail and hospitality businesses for a partial reopening when regulations are reviewed on December 30.

Another variant from South Africa is also being traced, increasing the likelihood of stricter restrictions throughout January. Several business leaders including the outgoing chief executive of the historic London department store Fortnum & Mason have criticised the government’s constant switching between tiers, saying that it makes it impossible for companies to plan.