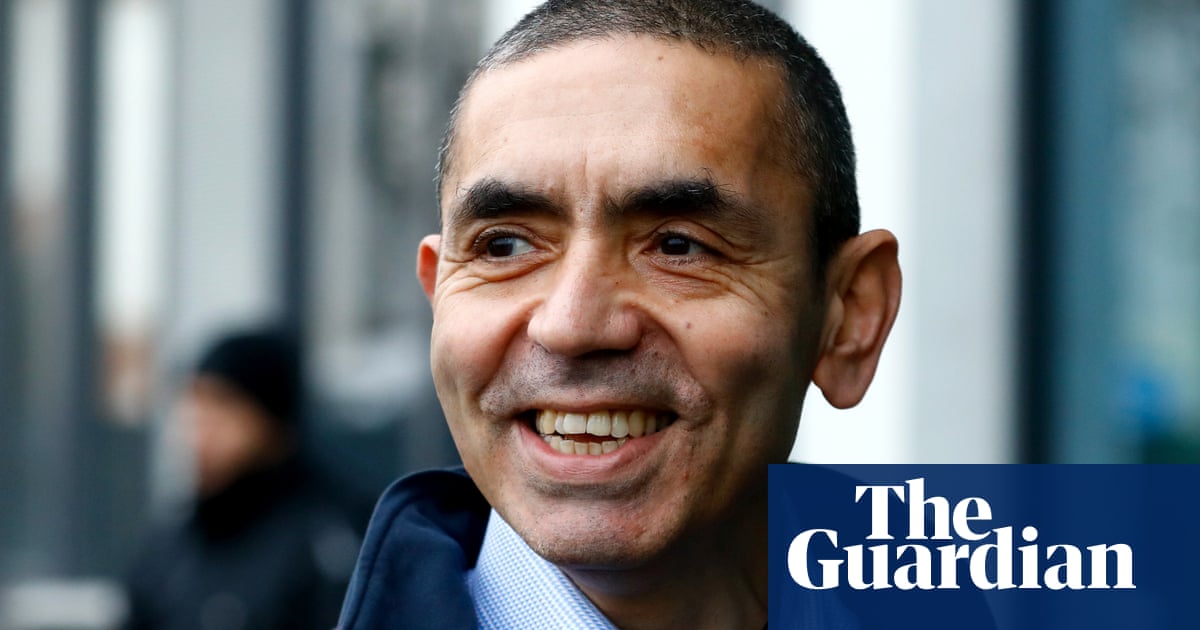 The chief executive of the German pharmaceutical company BioNTech has said he is confident its coronavirus vaccine works against the new UK variant, but that further studies are needed to be certain.

Uğur Şahin told a press conference his team had been working on trying to find out whether the vaccine worked on the UK variant or whether it would be necessary to adapt it. Results would be known within two weeks, he said.

“We don’t know at the moment if our vaccine is also able to provide protection against this new variant,” Şahin said, a day after the vaccine was approved for use in the European Union. “But scientifically, it is highly likely that the immune response by this vaccine also can deal with the new virus variants.”

Şahin said the variant discovered in Britain had nine mutations instead of one, as is more usual.

But he said the proteins on the UK variant were 99% the same as those on the prevailing strains, and therefore BioNTech had “scientific confidence” its vaccine would be effective. “We believe there is no reason to be concerned or worried,” he said.

If the vaccine needed to be adjusted for the new variant, the company could do that in about six weeks, Şahin said.

“In principle, the beauty of the messenger technology is that we can directly start to engineer a vaccine which completely mimics this new mutation – we could be able to provide a new vaccine technically within six weeks,” he said.

But he said the changes would very likely have to be approved by regulators before the new vaccine batch could be used, as “efficacy data” would be missing.

Asked when life could return to normal, Şahin warned that the vaccine would not have a proper impact on infection numbers until the end of the summer. “We need a new definition of normal,” he said. “The virus will stay with us for the next 10 years.”

BioNTech’s vaccine, developed with the US pharmaceutical company Pfizer, has been authorised for use in more than 45 countries, including Britain and the US.

The variant, detected mainly in London and south-east England in recent weeks, has sparked concern worldwide because of signs it may spread more easily. While there is no indication it causes more serious illness, several countries in Europe and beyond have restricted travel from the UK as a result.

On Tuesday, Germany expanded its ban on passenger flights from the UK, forbidding passenger arrivals by rail, bus and ship. The health minister, Jens Spahn, said the expanded measure took effect at midnight, a day after flights were halted.

Germany has applied similar measures to South Africa, where a new variant has also been detected. The measures apply until 6 January, although there are exceptions for freight and mail transport, and for medical and humanitarian flights.

Spahn said: “We want to avoid for as long as we can that a possibly dangerous virus variant spreads to continental Europe.”

However, Lothar Wieler, the head of Germany’s national disease control centre, said it was likely the UK variant was already circulating in Germany.

Wieler, who heads the Robert Koch Institute, said it was common for viruses’ genetic material to change, and that this could affect how transmissible they were.

“Whether that is really the case with the variant in England is not yet entirely clear,” Wieler said. “What is clear is that the more widely viruses spread, the more opportunity they have to change.”

A leading German virologist who was initially sceptical about reports that the strain was more transmissible voiced concern after seeing further data. Christian Drosten, a professor of virology at Berlin’s Charité hospital, tweeted that “unfortunately it doesn’t look good”.

But, he added: “What is positive is that cases with the mutation so far only increased in areas where the overall incidence was high or rising. So contact reduction also works against the spread of the mutation.”

Addressing the situation at the UK’s borders, BioNTech’s chief business and commercial officer, Sean Marett, said he did not anticipate problems in getting supplies of the vaccine to the UK. “There are not just routes through the Channel tunnel,” he said.

More than 500,000 people in the UK have been given a shot of the Pfizer/BioNTech vaccine so far. The UK’s Department of Health and Social Care on Tuesday said it had sufficient doses to maintain the vaccination programme, and that it was working with Pfizer to make sure deliveries continued unimpeded, despite cross-Channel disruption. Pfizer confirmed it was using planes to deliver the vaccine.

Reuters and Natalie Grover contributed to this report