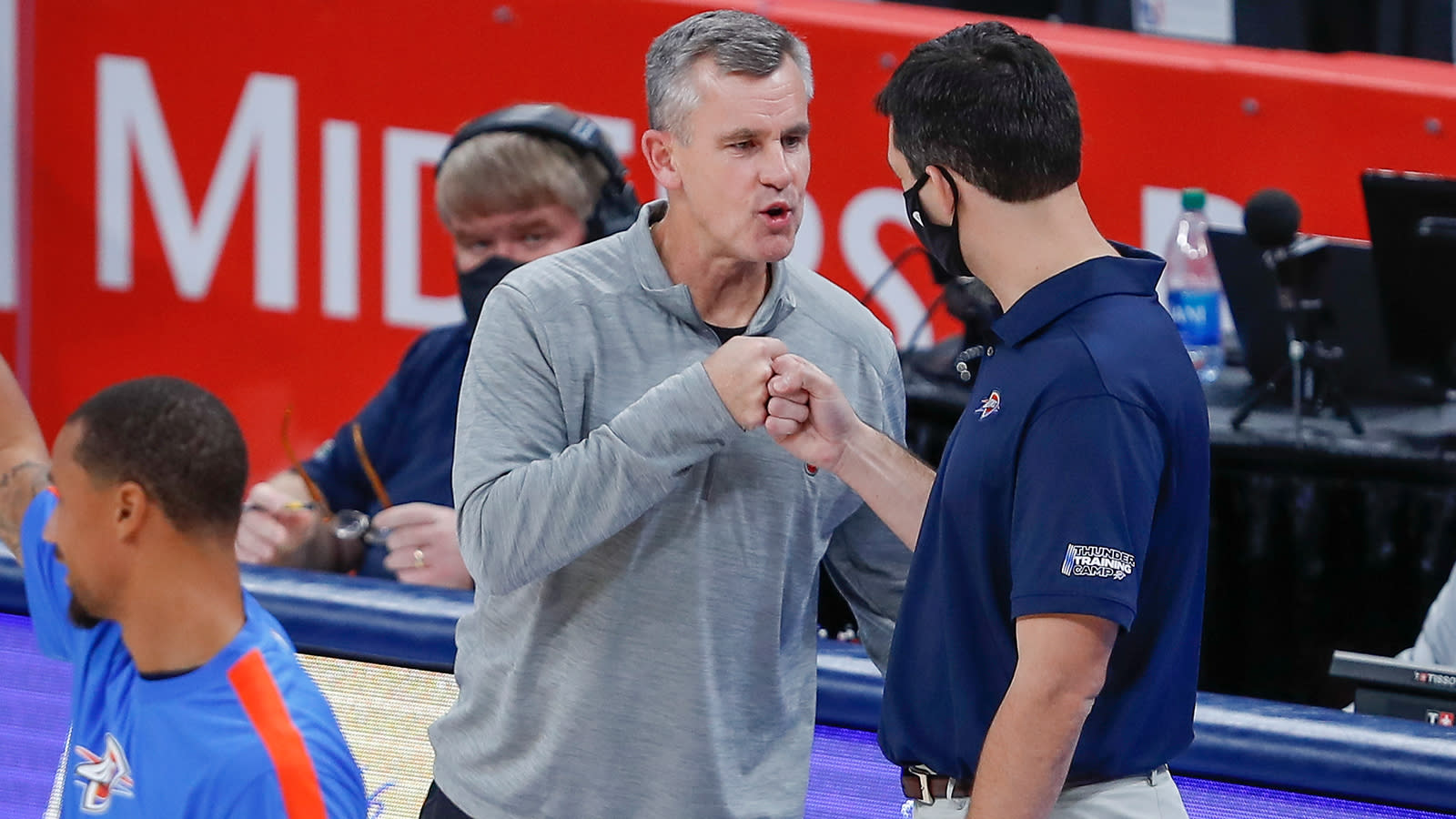 A consistent line from Billy Donovan from throughout the preseason is that he’s learning his new players.

They’re learning him too.

“What I like is he commands your presence,” Zach LaVine said.

Donovan arrived with Hall of Fame credentials from his wildly successful stint at Florida that featured two NCAA championships. When he made the jump to the NBA, he guided all five of his Thunder teams to the playoffs, including the 2016 Western Conference finals.

“He’s very straight forward. You can tell if we’re doing good or bad, obviously,” LaVine said. “He wants us to fight. He brings that out of us. He’s encouraging us being competitive and bringing it every night. He’s good for us. He knows what he’s doing.”

Asked if Donovan is a screamer, LaVine shook his head.

“I wouldn’t say that. But when he talks, everybody listens,” LaVine said. “He definitely commands the room.”

A few weeks of practice and four preseason games don’t fully forge relationships. Donovan is known as one who builds trust with players and craves community within the locker room.

That doesn’t fully happen until experiences — both good and bad — are shared over the grind of a long season. But the start is encouraging.

None of this would be a surprise to Mark Daigneault, who succeeded Donovan in Oklahoma City. Donovan hired Diagneault at Florida in 2010. They worked together there for four seasons and then he served as an assistant coach on Donovan’s Thunder staff last season after spending five seasons with the Oklahoma City G League team.

“First and foremost, he’s a great person with a great family who surrounds himself with great people. When you’re part of a program that he’s part of, great people follow. So it’s not only what you’re getting from your experiences with him but it’s what you get from the entire environment that he creates with the people he surrounds himself with,” Daigneault said. “That’s something he started at Florida and then obviously that’s an organizational trait here but he was a part of it here.”

Asked why he thinks Donovan is successful at relationship building, Daigneault didn’t hesitate.

“And so even if he’s removed from it but he knows that there’s something relational that’s in the way of the team, he wants to address and attack it because he has a very high standard relationally for what he thinks goes into winning teams. And it’s something that he pursues relentlessly. And he’s done that from the day I met him.

“I learned a lot about coaching from him, but I learned more about life and management. He’s been so gracious over the years sharing his personal experiences and I’m forever indebted to him.”

Editorial Team
18 January 2022
Yes I’m still obsessed with Zendaya and Tom Holland The next season of Euphoria is back in our lives and...

Editorial Team
18 January 2022
Only one in four Americans have been in a long-distance relationship before. January 18, 2022 A lot of people think...

Editorial Team
18 January 2022
Dr. Nafissa Cisse Egbuonye is the director of the Black Hawk County Public Health Department in Iowa and a member...