Search for this author in:

As worldwide coronavirus cases continue to surge, countries are grappling with how to manage big public holidays such as Christmas and Lunar New Year, which researchers are warning could become superspreader events.

“We’re already at a high level of community spread, and we’re about to see a lot of people travelling and gathering indoors,” says Julia Marcus, an infectious-disease epidemiologist at Harvard Medical School in Boston, Massachusetts. “It’s hard to see any way that this is going to go well.”

Nature examines what scientists have already learnt about the spread of COVID-19 during holidays.

How has SARS-CoV-2 spread during past holidays?

Five million people left the city of Wuhan in China in preparation for the 2020 Lunar New Year holiday, an event that coincided with the start of the pandemic1. The holiday is one of the world’s largest mass migrations, when hundreds of millions of people travel to visit relatives. 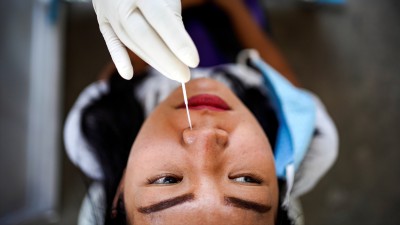 Elsewhere, such as in the United Kingdom, the epidemic followed a one-week school holiday break from 17–21 February, when thousands of people came back infected with the virus from ski resorts in northern Italy and tourist locations in Spain2, says Zhengming Chen, an epidemiologist at the University of Oxford, UK.

Are any countries applying lessons from last winter, now?

Although China has largely brought its epidemic under control, reporting close to zero local transmission in recent months, the country’s health minister Ma Xiaowei said last month that travels and gatherings should be restricted during the 2021 Lunar New Year, a 7-day-long holiday that will start on 11 February. Coronavirus-prevention measures were eased ahead of a major Chinese national holiday in October.

At the end of November, Japan’s officials asked residents not to travel between hard-hit areas of the country for three weeks.

Does the size of a gathering matter?

Mass gatherings contribute to the spread of coronavirus. For example, a football match in northern Italy in February and attended by more than 45,000 people might have led to the region becoming an early epicentre of the coronavirus pandemic, says Stefania Boccia, a public-health expert at the Catholic University of the Sacred Heart in Rome and at Gemelli University Hospital in Rome. 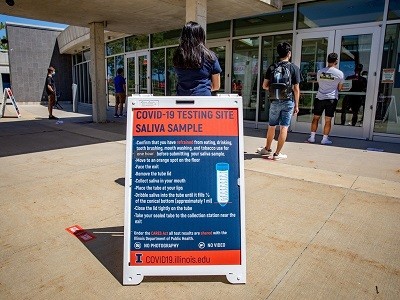 But small gatherings pose risks too. According to a report released by the World Health Organization (WHO) in February, the virus was largely transmitted within households in China, with up to 85% of the infection clusters in two provinces occurring in families.

A different study3 in Wuhan, carried out in February, suggested that if a person is infected, 30% of their household — about one in three people — will get infected. A third study4, which is not yet peer reviewed, suggests that limiting gatherings to ten people or fewer can reduce the virus’s transmission rate.

Warm and wet climates seem, in part, to reduce the spread of the disease5. That’s probably because when it’s hot and humid, viral particles tend to fall to the ground rapidly, Chen says.

But human behaviour also plays an important part: when it’s cold, people tend to gather indoors. Such gatherings pose a higher risk because the virus travels through the air in tiny droplets when an infected person talks, coughs, laughs, sings or even breathes. That’s why it’s important for people gathering indoors to maintain physical distancing of at least two metres, wear a mask and keep a door or window open to allow proper ventilation, says Boccia. She adds that, in winter, when people shut their doors and windows to keep out the cold, the air in the room stagnates, giving the virus a better opportunity to linger.

What do scientists say about encouraging safe behaviour?

The WHO is concerned that upcoming festivities in Europe could coincide with a rise in “pandemic fatigue” — people’s sense of being exhausted with changing their behaviour to help curb viral spread. 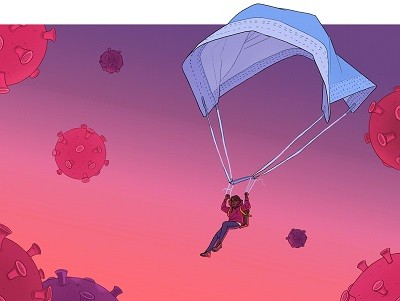 For instance, millions of Americans travelled for the Thanksgiving holiday in November, ignoring warnings from health authorities. “The challenge for public-health experts is to ensure that we are communicating the very high risk right now, and that the safest option is for people to stay home during the holidays,” Marcus says.

Communicating risk is helpful, but “shaming and blaming doesn’t help”, says Aderonke Bamgbose Pederson, a psychiatrist and behavioural scientist at Northwestern University Feinberg School of Medicine in Chicago, Illinois. “Saying ‘people are dying’ doesn’t necessarily produce positive outcomes in behaviour modification,” Pederson says. She adds that it could be helpful to encourage people to think beyond their short-term desires, which probably include seeing their family and friends, and focus on long-term goals such as protecting their loved ones.

How do researchers plan to spend the holidays?

Aware of the risks of gatherings in the middle of a pandemic, the researchers interviewed for this article say they plan to spend the holidays only with immediate family or very close relatives.

Barbara Alexander, a physician and president of the Infectious Diseases Society of America in Arlington, Virginia, says she won’t attend her family’s traditional Christmas gathering, during which more than 30 family members usually get together. Instead, she’ll stay at home with her husband, 96-year-old mother, teenage son and 25-year-old au pair. “My mother has diabetes and hypertension — if she gets COVID, she’s not liable to do well,” Alexander says.

Chen had planned to travel to China for the 2021 Lunar New Year to visit relatives, but probably won’t now do so owing to travel restrictions. He says he will celebrate the festival in the United Kingdom with his wife and children, connecting virtually with friends and family in China.

Alessandro Vespignani, a computational epidemiologist at Northeastern University in Boston, who analysed the effects of travel restrictions on the spread of the virus, will also be spending Christmas at home with his immediate family. He says that not spending the holidays with one’s extended family and friends can be tough. But, he adds, “We have some effective vaccines that will be distributed in a few weeks — we need to hold on tight, make one extra sacrifice and then, next Christmas, we can go back to normal.”

An essential round-up of science news, opinion and analysis, delivered to your inbox every weekday.