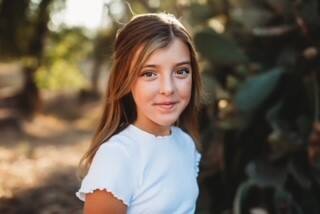 The Patriot’s Pen is a worldwide essay competition that encourages youth to examine America’s history, along with their own experiences in modern American society, by drafting a 300- to 400-word essay, expressing their views on a patriotic-based theme.

“What is Patriotism to Me?” was this year’s theme.

“The Patriot’s Pen competition provides middle school students with the opportunity to speak out on freedom and democracy,” said VFW Post 1943 Commander John Gray, in a press release announcing the winners. “The program has been popular and successful since its beginning in 1947, and we’re proud to keep offering it to Sonoma’s young people.”

The contest consists of four levels. The first level is sponsored by local VFW Posts. Post winners advance, one for every 15 entries, to the VFW District (regional) level where the single first-place winner is advanced to the VFW Department (state) level. The single first-place winner at the Department level is then advanced into the VFW national competition. The winner from each state then competes for the national prizes. Prizes awarded at the National Level total more than $55,000.

The Veterans of Foreign Wars of the U.S. is among the nation’s largest and oldest war veterans organization. vfw.org.

Editorial Team
20 January 2022
Post-secondary students at two Ottawa universities can expect a return to in-person learning in the coming weeks. While both the...

Editorial Team
19 January 2022
There are several essay writing service websites on the internet now. This has made it very easy for students to...

Editorial Team
19 January 2022
Two more B.C. schools appear to have been impacted by COVID-19 cases in the community, forcing them to close temporarily...

Editorial Team
19 January 2022
A cold yet sunny morning greeted returning elementary and secondary students on Tuesday. It was their first time back in...