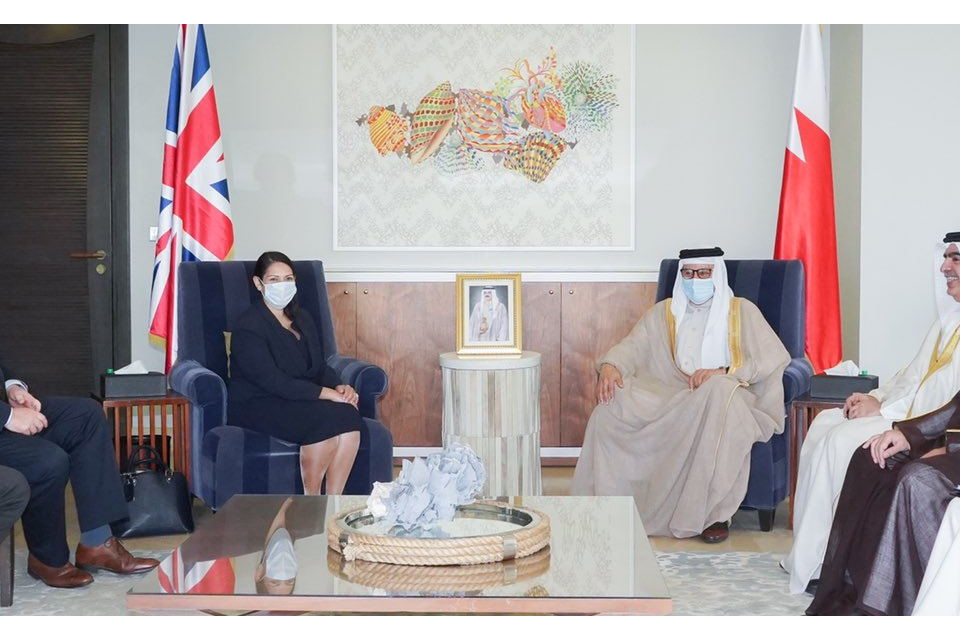 Home Secretary Priti Patel was joined by Chief of Defence Staff, General Sir Nick Carter, at the international defence and security conference, which attracts senior Ministers from across the world.

Across the 3 days, the conference focused on a range of topics from global governance in the wake of the Covid-19 pandemic to building new security partnerships in the Middle East.

The UK is a major international player in the region and has long-standing security relationships across the Gulf. The government is investing in and working closely with partners to counter terrorism and promote stability, which has a direct impact on the safety of the British public at home.

It was a pleasure to visit Bahrain, a country with which the UK’s close and important relationship has flourished for more than 200 years.

I am committed to supporting Bahrain as it continues to make important reforms, and both our nations will work closely together to promote peace and security in the Gulf region and across the world.

On 6 December, the Home Secretary met her counterpart, Minister of Interior Affairs Sheikh Rashid bin Abdullah Al Khalifa. She reiterated the UK’s support for Bahrain’s security and police reform, and welcomed both nations’ commitment to working closely on a number of joint security and counter-terrorism issues.

The Home Secretary also met Sheikh Khalid bin Ali Al-Khalifa, Bahraini Minister of Justice, to discuss the initiatives being implemented in the country’s justice system and areas where the UK might be able to provide support.

Following that meeting, the Home Secretary also had a bilateral with Foreign Minister Dr Abdulatif bin Rashid Al Zayani in which she welcomed the Kingdom’s efforts promoting security and stability in the region, and set out how the UK’s new points-based immigration system will benefit the citizens of Bahrain looking to live, work or study in the UK.