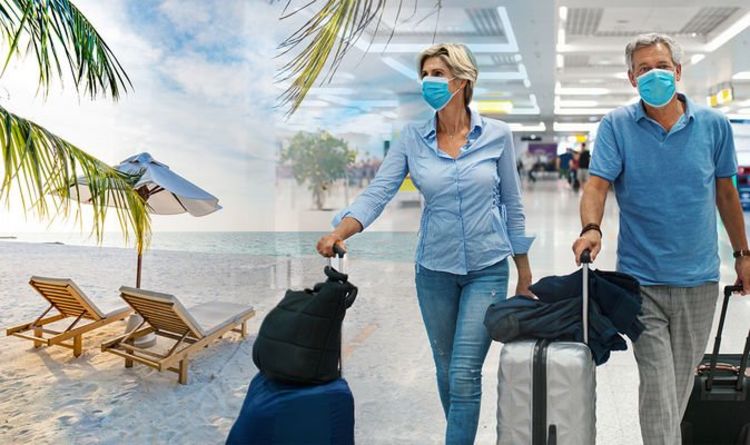 Following the news of a successful experimental vaccine developed by pharmaceutical giant Pfizer, alongside German partner BioNTech, the travel industry was abuzz with hope. So much so, in fact, travel agency and search engine Skyscanner saw UK searches for travel next spring and summer increase week on week by 48 percent.

There has also been a success for smaller, independent travel agencies too.

Rob Gower, manager of Northampton based luxury travel agency Dragonfly Traveller said there have been “good vibes” ever since the announcement.

“We’ve done some bookings this week which has been great because we have been a bit slow,” he told Express.co.uk.

“People are starting to think ‘actually things are getting a bit better, maybe I can just go somewhere, get a break somewhere’ so it is feeling a bit more positive.”

However, though Mr Gower says that he “feels encouraged” by the promise of a vaccine, he points out that travel might not be as simple as booking a holiday to your chosen destination and jetting off.

This is particularly due to the fact many hotels already have backdated bookings, so may already be full.

“Actually it is going to be quite difficult to get into some places because they have got less capacity and it is not going to mean huge price reductions or things like that.”

He also pointed out that it may well take the travel industry some time to get back on its feet.

The Government also recently announced its new “test to release” scheme, allowing holidaymakers to escape quarantine if they are able to provide a negative COVID-19 PCR test on day five of their post-holiday self-isolation.

Though this has been hailed as somewhat of a breakthrough in helping travel in the approaching months, Mr Gower admits he does have some concerns.

“I think the thing that worries me is that, I don’t want to sound negative but will it work? How successful will it be?” he said.

“The whole test and trace thing hasn’t gone overly well by the looks of it.”

He added: “But I think if you believe that they say they can do it and deliver it then that is good news.”

Contrastingly, he points to methods undertaken in other countries, which have actually helped to boost tourism.

“That is why Dubai is quite hot at the moment because you have to get tested before you go, you get tested at the airport when you arrive, you go back to your hotel and with 48 hours you know if you are negative or positive,” he said.

“And if it comes back negative then you can do whatever you like while you are staying there.

“It kind of makes you think, well if that works for Dubai, why can’t that work elsewhere?

“So this whole thing around yes you can come back to the UK, get tested within five days, and if you are negative within five days then you don’t have to continue the quarantine.

“You kind of feel why should Dubai be different to that, I suppose.

“I am careful about what people’s safety and that sort of thing, I am not trying to break those rules, but I think the challenge we have is the inconsistencies about the way different destinations are approaching it.”

Instead, he thinks a united approach from all countries could be the key to helping holidays return to their former glory.

“I’d like to think aspirationally that the Government Taskforce would reach out internationally, which is what they are trying to do, to get all destinations to come together on an understanding – certainly in the case of the vaccine,” he explained.

“Certain vaccines can’t be approved unless all countries buy into the same one.

“And that in itself is going to be a task but that will carry more weight for the country or destination.”

Despite any worries he may have about what lies ahead, Mr Gower says he is already hearing positive feedback about the “safety” abroad.

“The few people I have spoken to, either we have done holidays for or they have been away, have actually been quite impressed by a number of destinations,” he said.

“Even the Canaries to be honest with you – about the way they are handling it.

“One client actually came back to me after visiting Lanzarote and said they safer out there than they do over here.”

Though there is likely a long road ahead for the travel industry Mr Gower remains optimistic.

“I am positive about the future,” he said.

“It can’t get any worse than it has been in the last nine months.”