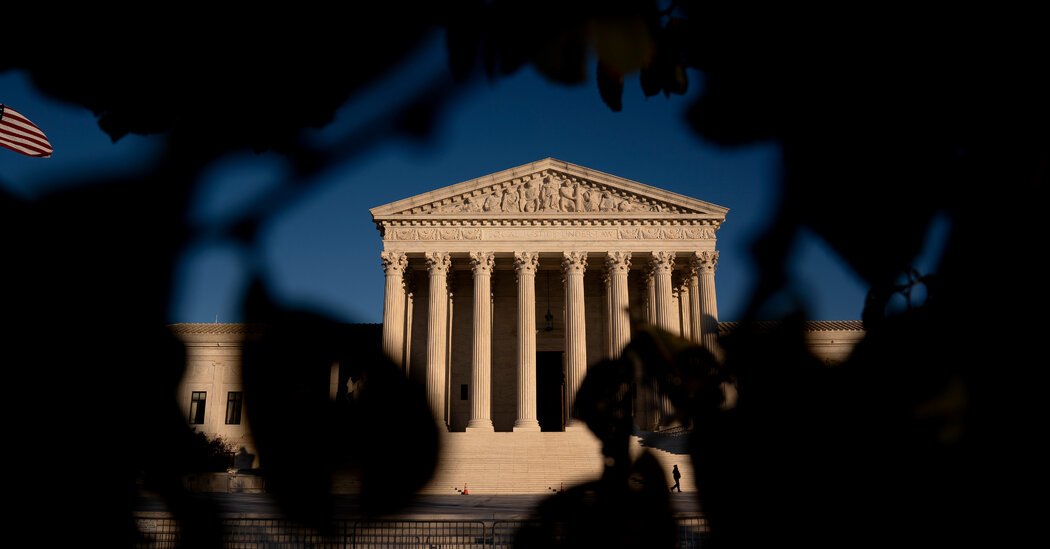 WASHINGTON — The Supreme Court on Friday agreed to decide whether the Trump administration may impose work requirements on Medicaid recipients, an issue that could become moot if the Biden administration eliminates the requirements.

In February, a unanimous three-judge panel of a federal appeals court in Washington struck down the requirements, which would have denied health care coverage under Medicaid to poor people in Arkansas and New Hampshire unless they were working, volunteering or training for a job.

The appeals court said the approval of the requirement by the health and human services secretary, Alex M. Azar II, was unlawful — “arbitrary and capricious,” in legal jargon — because he had failed to consider how it would advance Medicaid’s goal of providing health care to poor people.

Congress had sought “to provide health care coverage to populations that otherwise could not afford it,” Judge David B. Sentelle wrote for the court. “Importantly, the secretary disregarded this statutory purpose in his analysis.”

In urging the Supreme Court to hear the case, Jeffrey B. Wall, the acting solicitor general, said the government should be permitted to test new approaches to the Medicaid program, particularly in light of its expansion under the Affordable Care Act.

The appeals court’s ruling, he wrote, “threatens to impede innovations that may make states’ Medicaid programs more effective and sustainable” and “casts a shadow on multiple other states’ approved or pending demonstration projects.”

Mr. Wall wrote that requirements similar to the ones blocked by the appeals court had been approved or were pending in 17 other states.

Lawyers for the challengers told the justices that the administration’s timing was particularly poor.

“During a pandemic in which 50 million Americans have filed for unemployment and nearly 12 million have lost employer-sponsored health insurance,” they wrote, “the secretary of health and human services asks this court to revive demonstration projects that would allow states to kick people off Medicaid for failing to seek and obtain jobs that are not there.”

The rules require “able-bodied” adults to report to their state every month that they have worked, searched or trained for a job, taken classes or volunteered in order to keep Medicaid coverage. Administration officials have said that working is correlated to good health and that it helps people avoid poverty and government dependence.

The appeals court questioned that reasoning, saying it was not supported by the law’s goals.

“The text of the statute includes one primary purpose, which is providing health care coverage without any restriction geared to healthy outcomes, financial independence or transition to commercial coverage,” Judge Sentelle wrote.

In Arkansas, more than 18,000 people lost coverage before the work requirement was blocked. Some people with jobs lost coverage because they did not know about the rule or failed to report their work hours to the state.