The European Commission is withholding a decision that would spare millions of British motorists additional paperwork when they travel to Europe after the end of the Brexit transition period — leaving the issue hanging over EU-UK trade talks.

More than two years after it was first requested by the UK, Brussels is still refusing to take a procedural decision that would remove the need for UK drivers to carry a “green card” proof-of-insurance document when they cross the English Channel after January 1.

Unless Brussels grants a waiver, motorists who do not carry the card are liable to be stopped and — in a worst-case scenario — have their vehicles impounded by foreign police forces. Drivers also risk fines and prosecution.

The physical document to prove a driver has third-party insurance, and so can legally drive, is part of a system created by insurers in the countries that make up the green card system — a zone encompassing more than 40 countries including the entire EU.

Electronic copies or other proof of third-party motor insurance are not acceptable and motorists with caravans will require two documents. Motorists whose policies expire during holiday will need separate documents for each insurance policy held.

Back in 2018 we were originally told it was a formality, but then the message changed and it was made clear that ‘nothing is agreed until everything is agreed on Brexit’

The need for foreign motorists to actually carry the card has in practice been waived for drivers crossing borders within a large part of the zone. This “free circulation area” covers the EU and the wider European Economic Area along with certain other countries.

Brussels has the power to grant waivers to countries, adding them to the area where carrying the cards is not needed. The commission has given them to non-EU/EEA countries including Switzerland, Serbia and Andorra — but Britain has been kept hanging on.

The impasse over the card has continued despite the British Insurance Brokers’ Association (BIBA) urging the commission to make the decision in order to spare millions of motorists a bureaucratic headache and unwittingly falling foul of the law.

A survey of the UK population conducted for BIBA in October 2019 found that 55 per cent of respondents did not realise they would need to carry a card if the UK left the EU without a deal.

Graeme Trudgill, BIBA executive director, said his organisation was now seeking to ramp up awareness of the need for green cards — unless and until the commission changed its mind.

“Back in 2018 we were originally told it was a formality, but then the message changed and it was made clear that ‘nothing is agreed until everything is agreed on Brexit’,” he explained.

In May 2018, in a letter seen by the Financial Times, the UK’s Department for Transport wrote to the insurance industry advising that the commission’s decision was “purely procedural” and separate from the Brexit withdrawal negotiations.

The letter said that the British government had confirmed in writing it would follow green zone rules, adding: “We have proposed to the commission that the date from which a decision takes effect should be when union law ceases to apply to the UK . . . but we await a response on this point.”

An EU official confirmed that the commission had yet to adopt the necessary decision. 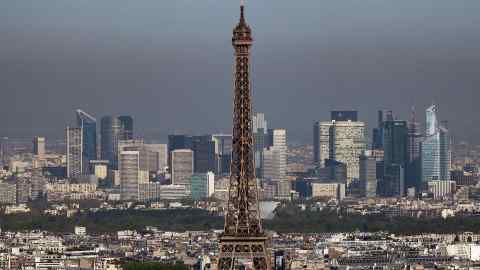 At present, UK government guidance to motorists looking to travel after January 1 2021 states that travellers should obtain a green card from their insurance broker,

If a last-minute trade deal is struck between the EU and UK, Mr Trudgill said the expectation in the insurance industry is that the commission would grant the waiver before the end of the transition period — but in the event of “no-deal” things would be far less certain.

“It really is down to the Europeans to decide,” he said. “I would hope that even if there was a ‘no-deal’ that after six months the decision would get through, but I do worry on Jan 1 we might be thrust into it for six months or more.”

The EU-London trade deal negotiations continued in London over the weekend. Dominic Raab, the UK’s foreign secretary, said on Sunday a landing zone for a deal would exist “if the EU is as reasonable as the UK has been” and hinted that the UK would be willing to compromise on the issue of fishing.

Mr Raab told Sky News that the UK would be willing to countenance a gradual change to a post-Brexit regime. “We can talk about transitions and things like that and we recognise the impact it has on other countries around Europe but that principle comes with sovereignty,” he said.